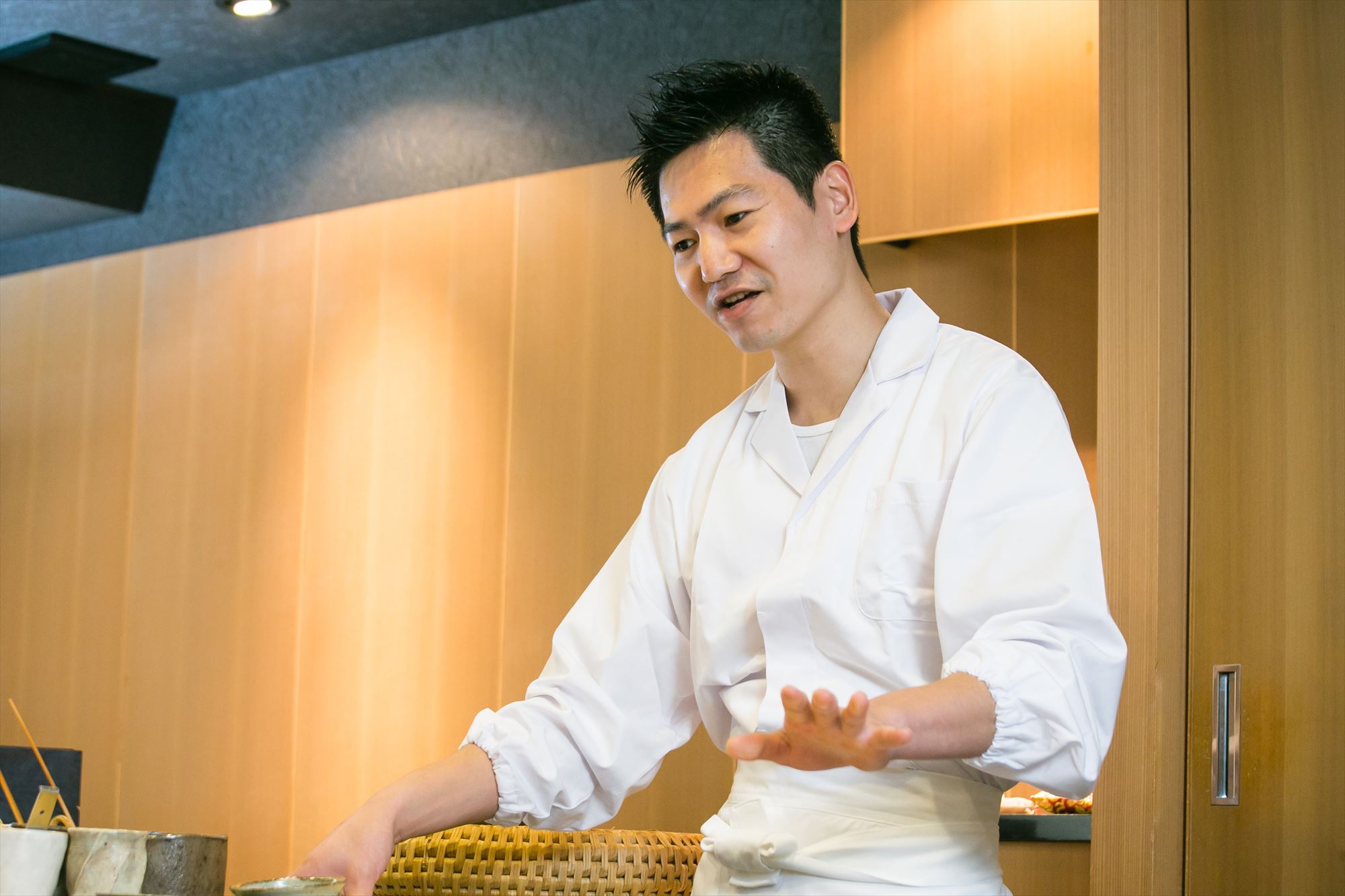 Along the north side of Kenraku-dori in Osaka's Kitashinchi neighborhood there is a building that houses a shop on the third floor with a linen entrance curtain that features a single character: Sushi. Inside the shop is a 34-year-old sushi chef named Tadashi Hoshiyama, and he is currently working relentlessly to hone his craft and push his restaurant forward. Sushi Hoshiyama opened in 2012 and went on to receive its first Michelin Star after just one year. However, even with that early success, Mr. Hoshiyama tells us that he still isn't content with his restaurant. We decided to interview this young sushi chef to understand a little bit about his thought process and see how he ended up where he is today. 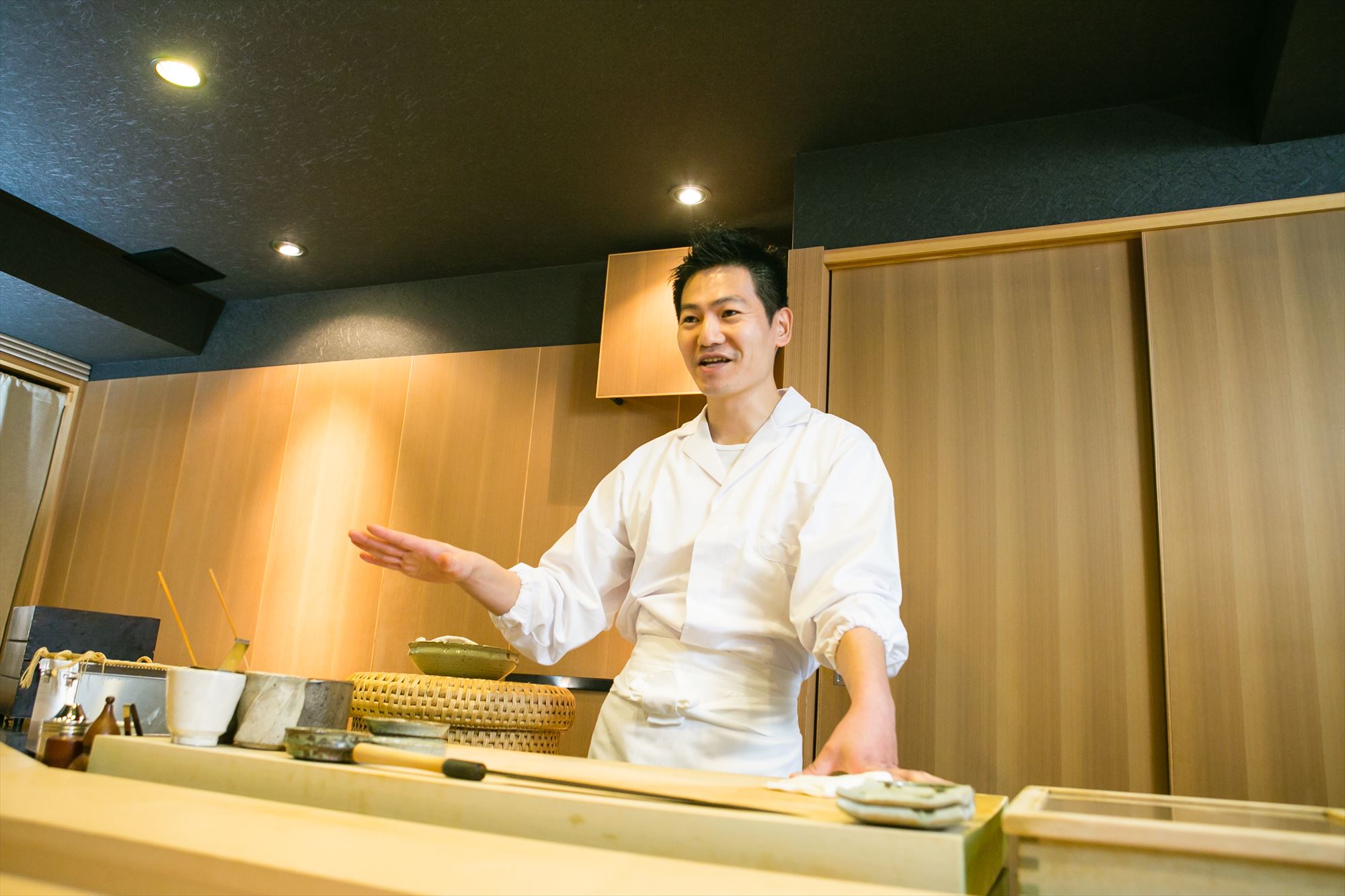 The “stylish” image of a professional sushi chef was all it took for him to jump into his culinary career.

Mr. Hoshiyama, how did you decide to get involved in the sushi industry and become a chef?

Hoshiyama:
The idea originally came up when I started to think about what I wanted to do for a living and it occurred to me that working as a chef would be a cool job to have. I decided to pursue a professional cooking career when I was in my 3rd year of middle school, but even after I made that choice I still wasn’t quite sure where to start. However, my way into professional cooking ended up coming to me in a very natural sort of way. As a child I thought there was something stylish and cool about a job that put you in direct contact with customers across the counter. At the time I didn’t know anything about traditional Japanese cuisine, let alone French or Italian food. Everything I knew about chefs came from eating out as a kid and watching TV. Also, when I was young I had a chance to sit at the counter at a sushi restaurant once, which left a profound impression on me.
My parents’ work didn’t have anything to do with food, so I didn’t study anything food related while I was in high school. Nonetheless, after my high school graduation I went full steam ahead into trying to become a sushi chef.

Did you take the usual path of accepting an apprenticeship at a reputable restaurant when you first started?

Hoshiyama:
No, I actually started my career working the counter at an ordinary corporate restaurant. I didn’t know anything about becoming an actual sushi chef when I started looking for work, so I took a standard corporate job that was being offered at my high school.
I ended up training at this restaurant for a total of seven years. Although it was just a regular chain restaurant, they had a training guide for chefs, and so I was able to start by mastering preparation before learning how to roll sushi in three years and then eventually moving to work at the counter after four years of practice. It was a very gradual step by step way to learn the ropes of the profession.
Corporate restaurants like the one I was at are different than privately owned shops that focus on master/apprentice style training, as this place was more systematic in nature. That being said, the restaurant was still a part of the sushi industry, which meant the hierarchy there was far more strict than what you would see at a typical company job.
During that time just getting to actually work with fish was all that I needed to enjoy myself, but as time went on I noticed that there was a gap between creativity and practicality. Now that I was in the sushi industry I couldn’t help but think about what it would be like to go further and open up my own restaurant. But, at the time I didn’t have the know-how to actually go out and pursue that dream. I knew that I needed to take the next step in my career and start working with fine quality seafood. Furthermore, since I was working at a national sushi chain I would never get to work hands-on with things like dried gourd and chicken eggs. So, even though I could practice general sushi preparation techniques there, I decided that I needed to move on and take a job that would bring my skills to the next level. 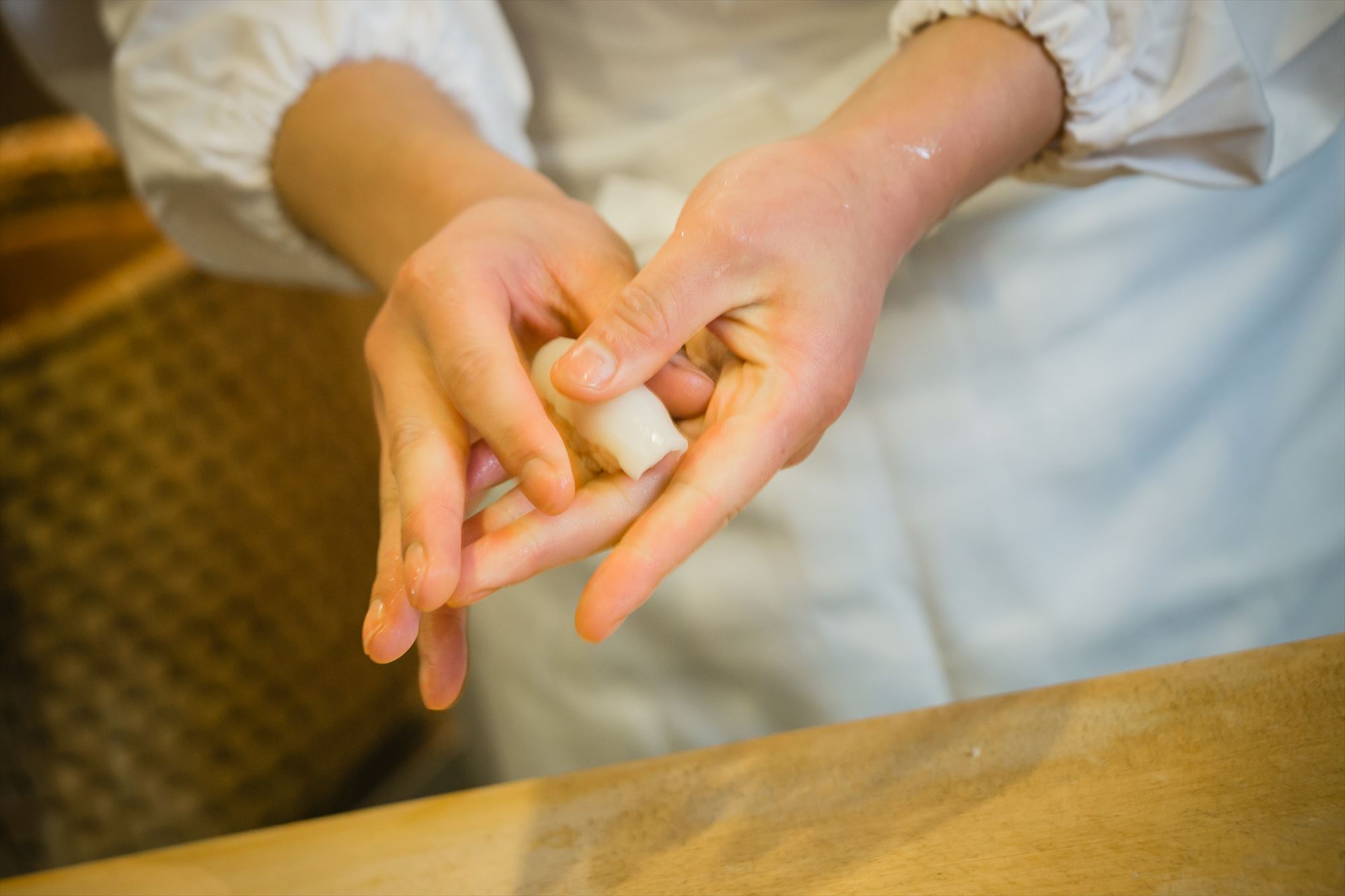 Battling through tough times and finding a way through disillusionment.

Were you able to move on to another restaurant right after quitting your first job?

Hoshiyama:
No, as a matter of fact it was actually quite difficult to figure out what to do after I quit my first job. I spent a long time trying to figure my life and career out, which was seriously detrimental to my motivation. This particular point in my life was the worst I’ve been up against in my career.
I ended up having to settle for a job that had nothing to do with sushi. The salary there wasn’t too bad and the schedule for holidays and weekends was more stable, but in my mind it wasn’t a very exciting place to work. I couldn’t change my days off there, so even if I had time off there was nothing fun to do. Every day was a slump and I knew I couldn’t spend my days like that.
Obviously working with sushi was the job for me.
During that time I checked out an online job posting for a place called “Sushi Matsumoto,” and I ended up leaving my job to start working there. 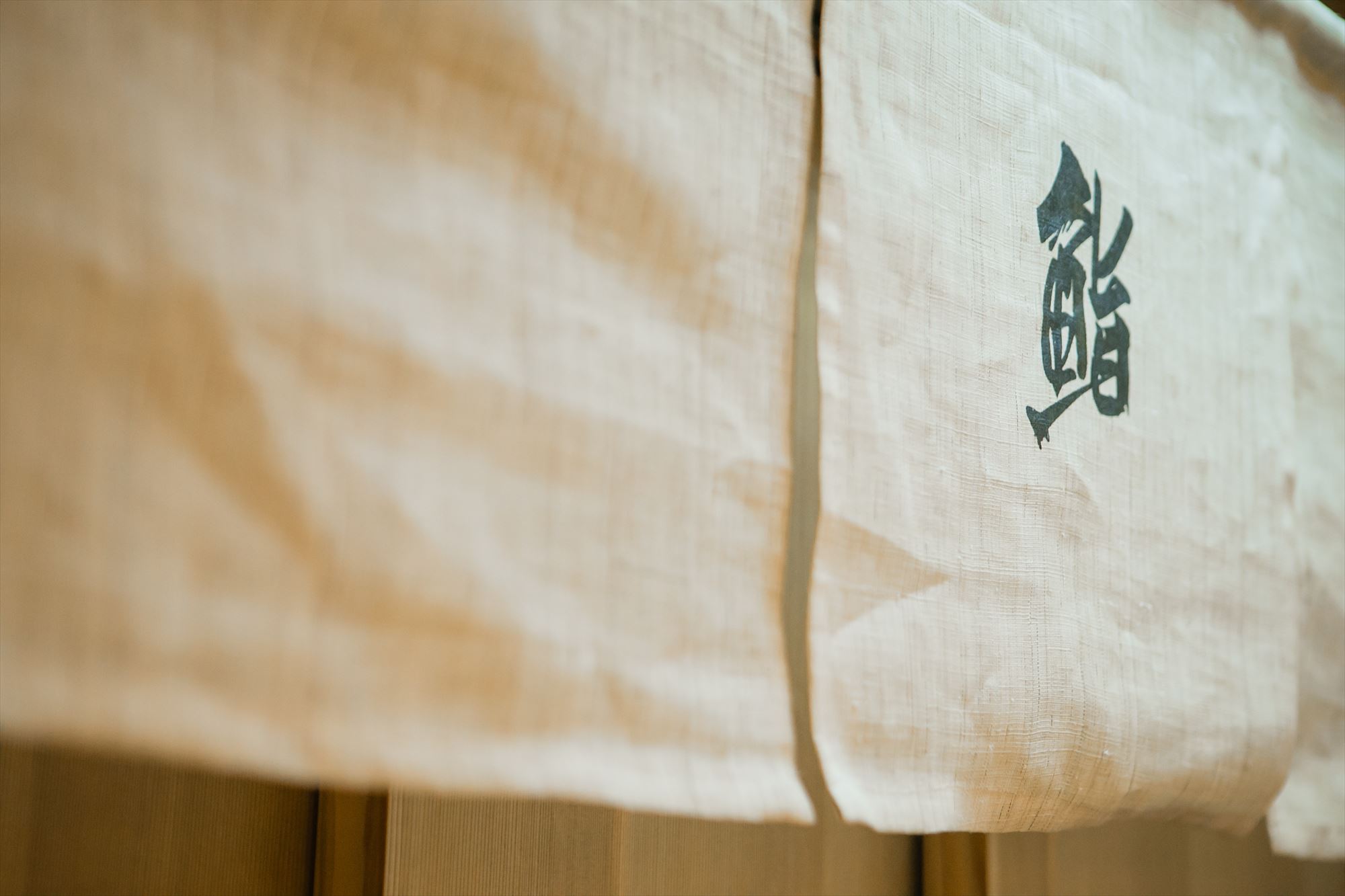