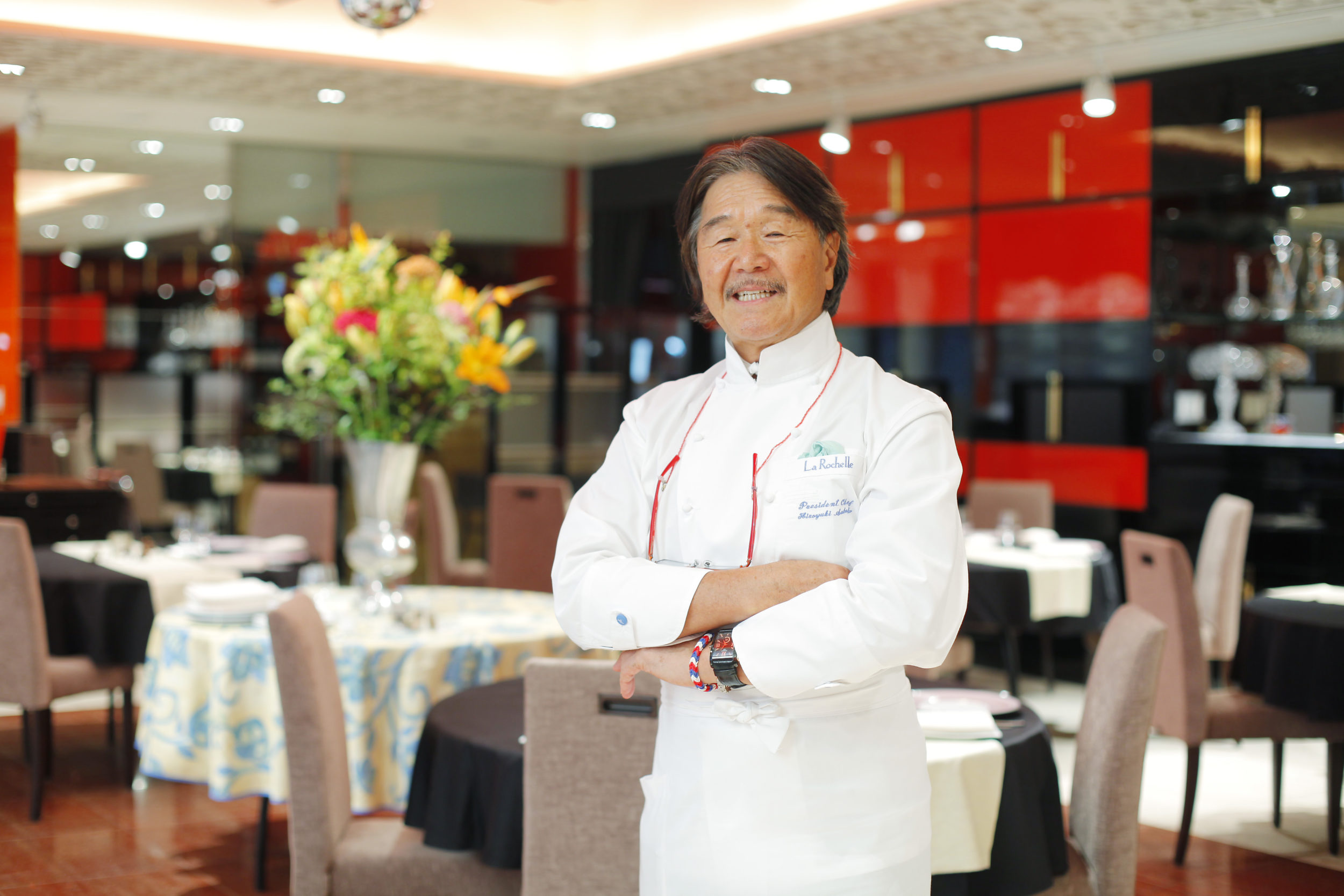 Mr. Sakai, owner-chef of French restaurant La Rochelle, is also widely known as the Iron Chef of French cuisine on the popular cooking battle program Iron Chef.
After jumping into the culinary field when he was 17 years old, he trained in Osaka, Australia, and Tokyo. While other chefs were training in France, Mr. Sakai turned his lack of experience in French training into an advantage, and promoted an original style of French cuisine with the essence of kaiseki ryori (traditional Japanese meals served in courses).
Known by the nickname “Monsieur,” Mr. Sakai took some time to tell me about his numerous failures and challenges, his first meeting with his benefactor, and his life as a chef, including behind-the-scenes stories from Iron Chef. 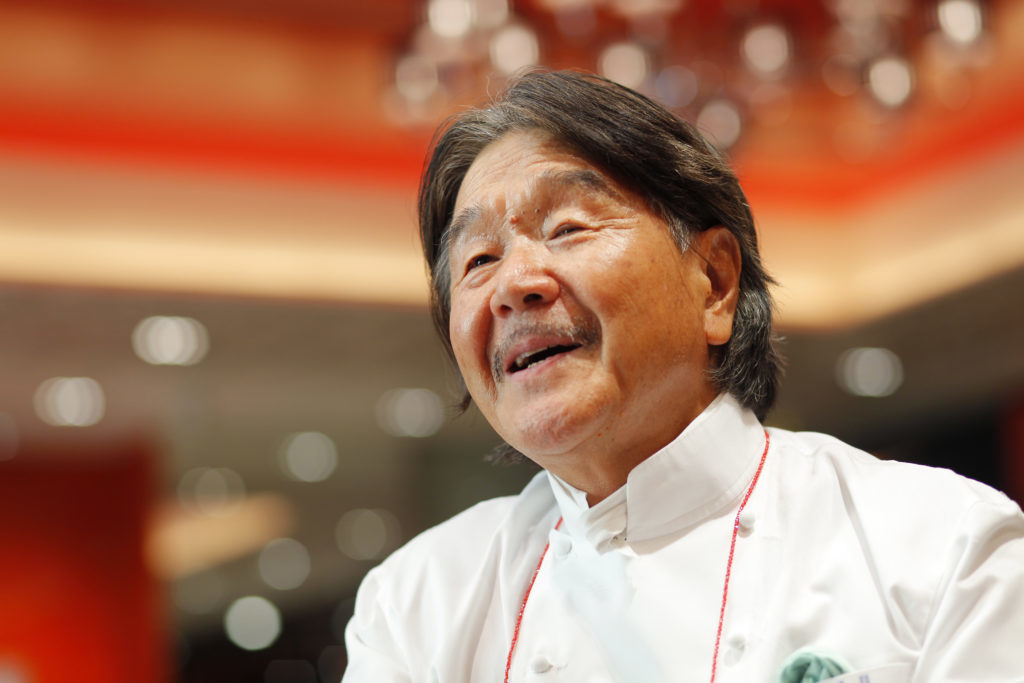 A love for cooking born of wanting to see family’s happy faces.Aspiring to be like the chef on the ship in his younger days.

What caused you to enter the culinary world?

Mr. Sakai:
I am the eldest boy among my siblings; I have a sister who is two years older and a brother who is two years younger. I was born in 1942, while my father was on assignment overseas in North Korea for a Minamata-based chemical company.

I do not remember much about that time, but we lost the war and came back to Japan when I was three. We started living in a detached home belonging to my mother’s brother in Izumi City, Kagoshima, but my father died on the battlefield. I don’t even remember his face.

Back then we were living with my grandmother, too, but my mother raised the three of us by herself.She was making a living by sewing clothes, but she was very busy all the time so she did not have time to cook meals for the family. When I was eight years old, I was often in the kitchen and cooking. I loved seeing my mother smile when she ate my food and I loved cooking very much. The path to the culinary world followed naturally.

What do you recall most clearly about your early memories of food?

Mr. Sakai:
There was a mountain and a river near my house so I collected various things on the way back from junior high school. In the river I caught sweetfish and crabs. In the mountains I got mulberries, wild strawberries, and chestnuts, and it was fun.

When a great hunter came back from the mountain carrying a big wild boar, he sometimes gave me some pieces and I fried or grilled them. He took the most delicious parts like hearts, and I knew those livers and hearts were so delicious when they were fresh.

In those days they usually made homemade soy sauce and miso. I have nice memories of eating soy beans that had just been steamed as we made miso.We also speared fresh sweetfish, putting miso on it and grilling it… We have plenty of delicious memories like that.

You said you started cooking for your family, but when did you actually think that you wanted to become a chef?

Mr. Sakai:
I was good with my hands and cooked for my family quite often when I was in junior high. Back then I admired the chefs on ships the most. There were ships coming to Komenotsu Port near my house, carrying passengers and cargo. By chance I saw the chefs in their cool cook coats, and thought that I wanted to work on a ship, too.

It was after I started working, but I actually took an exam to become a chef with the Maritime Self-Defense Force. I failed it, though.

How did you decide on your path after graduating junior high school?

Mr. Sakai:
I graduated Izumi Junior High School, in Izumi-city, Kagoshima prefecture, and I moved on to Izumi High School because of my mother’s recommendation. But I wasn’t good at studying so I quit in the middle of my first year. It did so because I felt strongly that I wanted to move into the culinary field.

My sister and brother both went to high school, so as the eldest brother, I wanted to support the family, be their pillar.

You dreamt of becoming a chef for a foreign ship, and then were hired by a bento shop in Osaka as a live-in employee when you were 16 years old. You then gained experience at Hotel Shin-Osaka and later went to Perth, Australia.

Mr. Sakai:
I admired chefs of French cuisine so I decided to work at Hotel Oriental, located in Perth in southwest Australia, after being attracted to a position abroad.

Nowadays it takes only eight or nine hours to get to Australia by plane, but back then we couldn’t travel so freely. I didn’t have money either. I was thinking not of earning enough money to go abroad, but more of a way to go abroad while earning money. In the end, with my friend’s help, I chose to go to Australia while working as a chef on a ship. I didn’t have to pay for passage and I could earn money, which was very convenient.

It was in 1961 that I left Japan; I was 18 years old. On the way, we stopped at many ports and went further south. It was a two-month trip to Australia. The ship carried half cargo and half passengers, so there weren’t many customers. What we were cooking on board was mainly food for the crew.

What was the result of two years of training in Australia?

Mr. Sakai:
I started as a servant at Hotel Oriental. I was excited with all the new ingredients and cooking methods, such as salads and dressing which I had never cooked before, and avocado, which I had never even seen. With my previous experience I could cook certain foods, and Japanese are considered good with their hands so I was told to clean the fish because I was “good at it.” I was given the chance to do it pretty early.

During my year and eight months at Hotel Oriental, I obtained both English and culinary skills little by little. Actually, what I learned most in Australia was actually Polynesian cuisine. I had all but decided that I would become a French chef, but it was not like I learned a lot about French cuisine. But there was a confidence and a joy of learning many things in an unknown place. 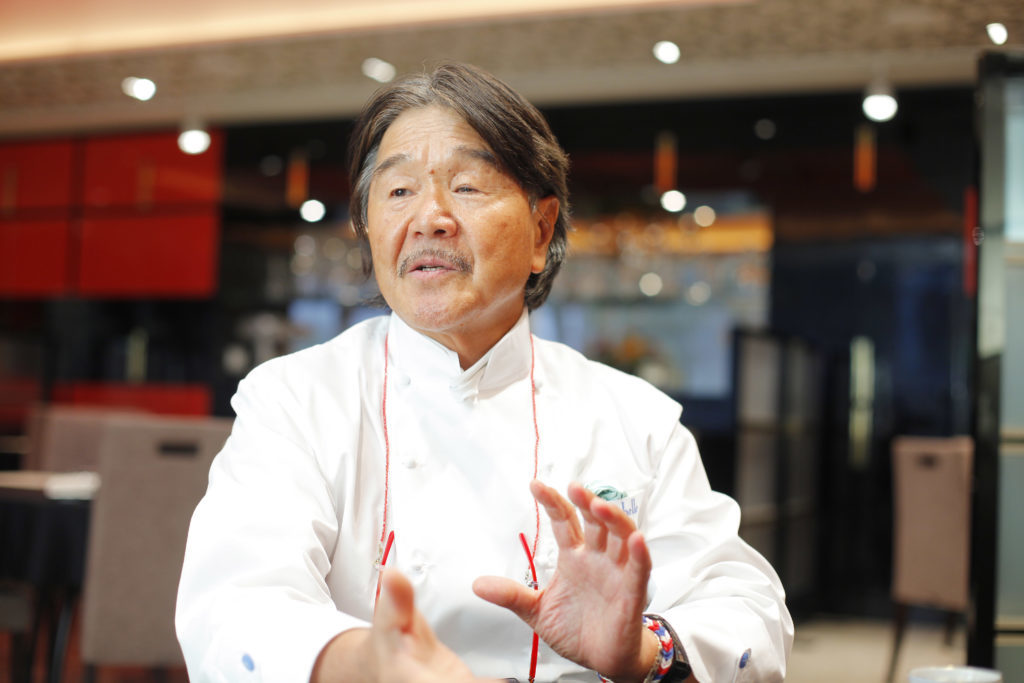 Being greatly inspired by the way of living of a “legendary” chef. Training with real French cuisine.

When you came back to Japan right before the Tokyo Olympics, you trained under Mr. Fujio Shido in Tokyo.

Mr. Sakai:
I had known Mr. Fujio Shido (※1), who trained in France for a long time, by reading books.

I think it is still available but As a Chef (1981, Bunka Shuppan) impressed me and made me read it repeatedly.

I went to Australia by ship, but his story is even more amazing. He went to Europe without even a passport, stowed away in a passenger ship, got caught, escaped, stowed away again, escaped… and then trained in France for a long time. It was a life full of ups and downs, and he had so much legendary experience.

Tokyo back then, when I came back from Australia in December of 1963, was very exciting and in a high growth period with the Olympics around the corner. At the same time, a famous restaurant in Ginza called Coq d’Or was recruiting opening staff in order to open a new French restaurant near Sukiyabashi, Ginza called Shiki. I applied, thinking about how I could work under a legendary chef that I admired so much.

And I was able to work under him for three years while Mr. Shido was working as a head chef.

Shiki then was considered the first real French restaurant; it was really a superb restaurant. It was a gorgeous restaurant. We were able to use ingredients so sumptuously. When we cooked American sauce (sauce Americaine), we mashed up an entire lobster. I knew it would be delicious.

※1：Fujio Shido
A chef known as Monsieur Shido, he was a pioneer of French cuisine in Japan. He was the official residence cook under Prime Minister Shigeru Yoshida.
He received the Académie Culinaire de France Award in 1972.

What remains most impressive, out of all you learned from Mr. Fujio Shido?

Mr. Sakai:
Mr. Shido was called “Monsieur.” What I was taught first by Monsieur Fujio Shido was to take good care of things. There is one unforgettable episode about this.

One time I was told to open an 18-litre drum. We would usually open them with a can opener, but I grabbed a stick in a hole lying near me and opened it. Then Monsieur saw it and took the stick away from me, smacking my head as hard as he could and scolding me furiously.

After that I heard from my senior that actually, that stick was a sharpener stick for a steel knife that he bought when he was training, and was very valuable for him. It is very understandable that he got so furious. That I opened a can so roughly with his precious tool… it is impressive and I still remember that day.

In what ways were you influenced by Mr. Fujio Shido?

Mr. Sakai:
Monsieur was a perfectionist, a lone wolf, but he had strong preferences and was strict.

One time when I showed up, I went directly to the storage and went into the kitchen with a bucket. I greeted Monsieur, “Good morning!” and pretended that I was there before him.

But he always came to the kitchen earlier than anyone else, and let all the staff members go home and then remained until he was alone. He was really a man of passion.

French cuisine that the great “Monsieur Fujio Shido” cooked was at the highest level.

Even I, a cook that didn’t know authentic cuisine, could understand how real it was. I was working under Monsieur, but was not in a position to communicate directly with him; so it was not so much “training” as it was the experience of being able to see the great man at work. It was a precious experience.

I could see what a real French chef should be. 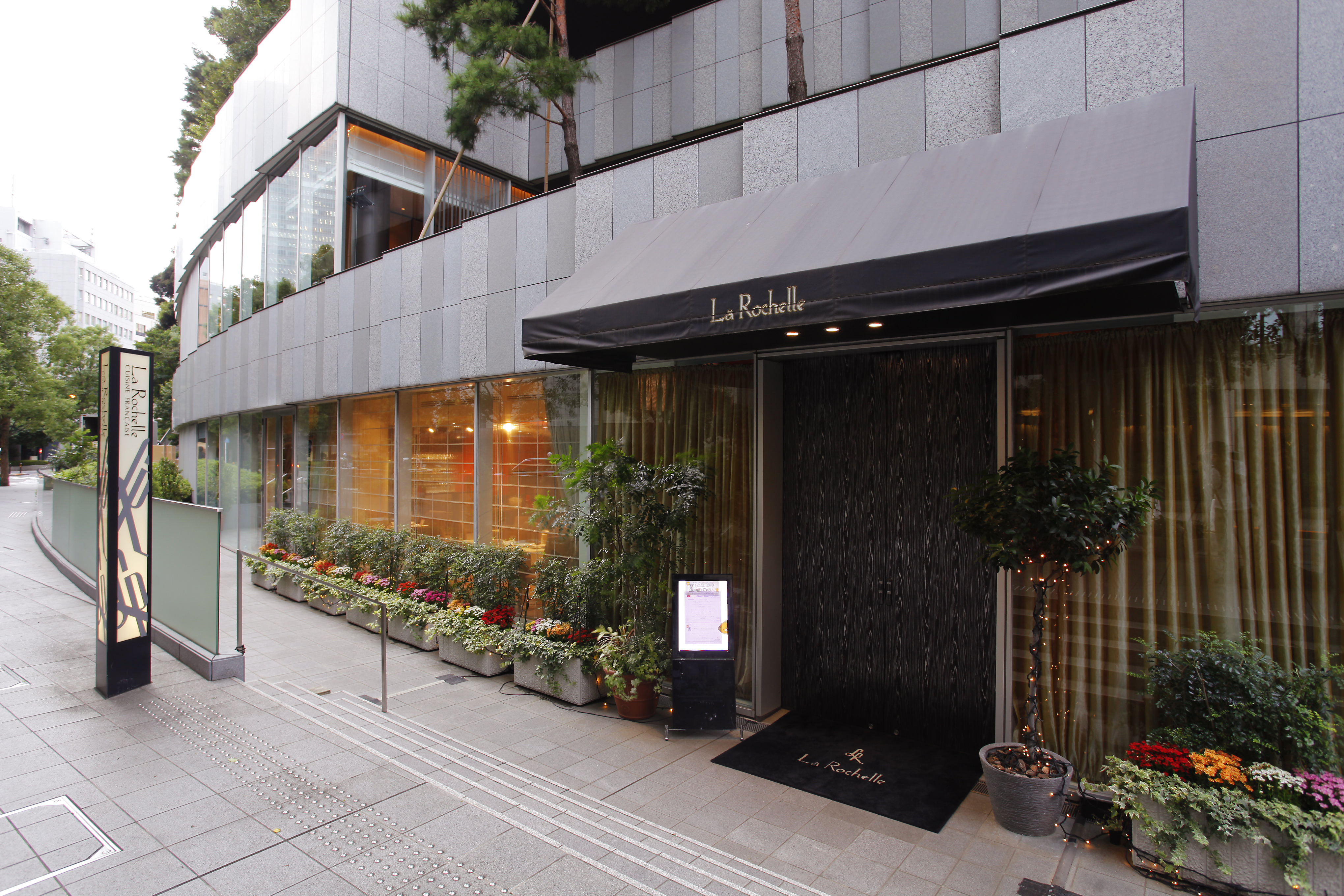