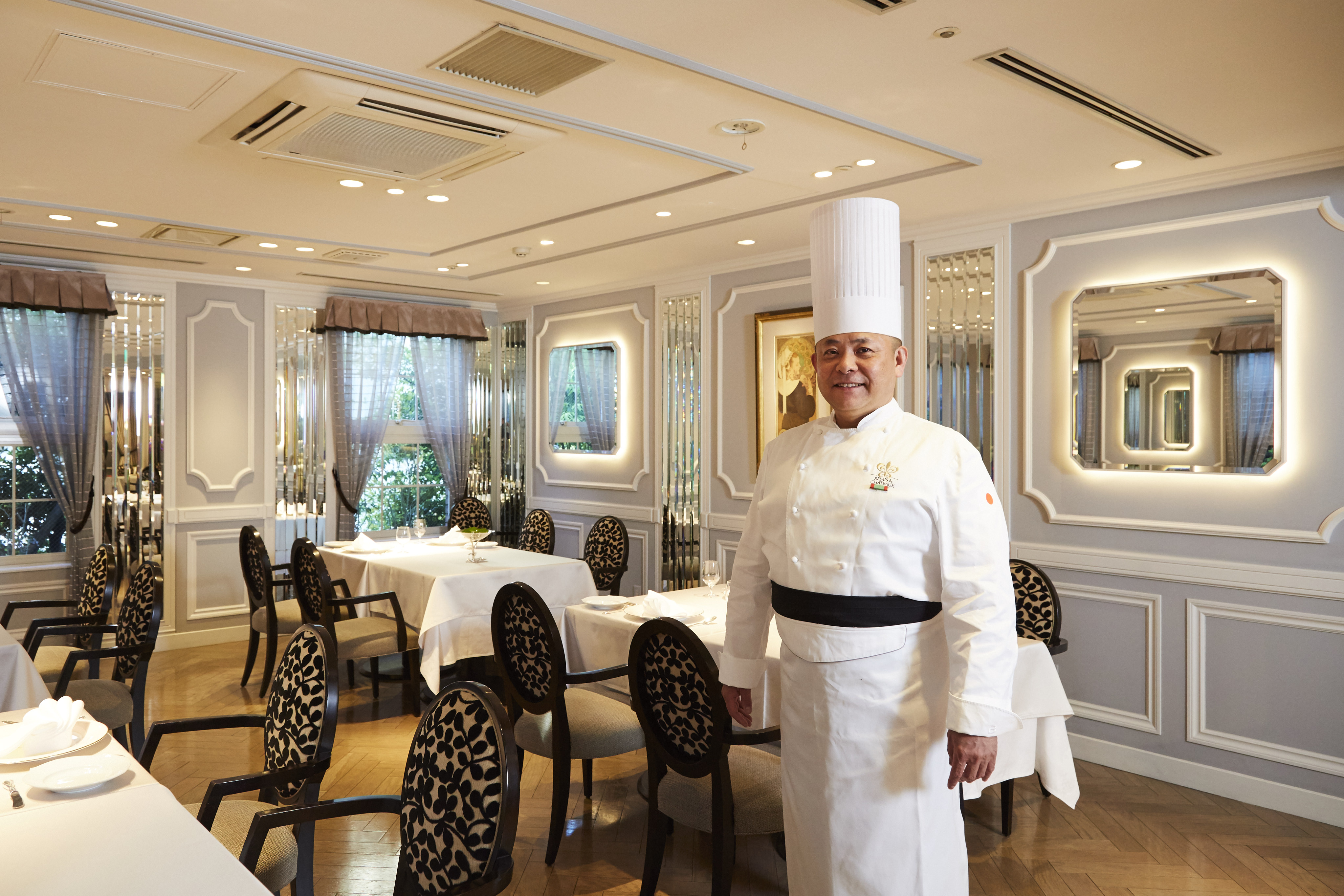 Mr. Hiroshi Yamaguchi works as general manager and executive chef at Kobe Kitano Hotel, an urban auberge located in Kitano, a famous tourist spot in Kobe. Studying under Mr. Bernard Loiseau, of the famous Bourgogne restaurant La Côte d'Or (currently Le Relais Bernard Loiseau), during his training period in France, and as his successor, he was assigned head chef of La Côte d'Or Kobe of Kobe Bay Sheraton Hotel & Towers. But during the height of its success the Great Hanshin Earthquake Disaster struck, and the restaurant withdrew.
He rose up with his fortitude despite the tough situation, starting up a hotel management corporation, and taking office as representative director.
And he succeeded in reconstructing Kobe Kitano Hotel.
In 2015, in recognition of various achievements, he received the Bronze Prize in “Ryori Masters,” an award from the Ministry of Agriculture to honor chefs who contributed to the success, development, use, and spread of Japanese food and food culture.
I had an opportunity to interview Mr. Yamaguchi, who continues to flourish in many ways, about memories from his training period and his thoughts about the future. 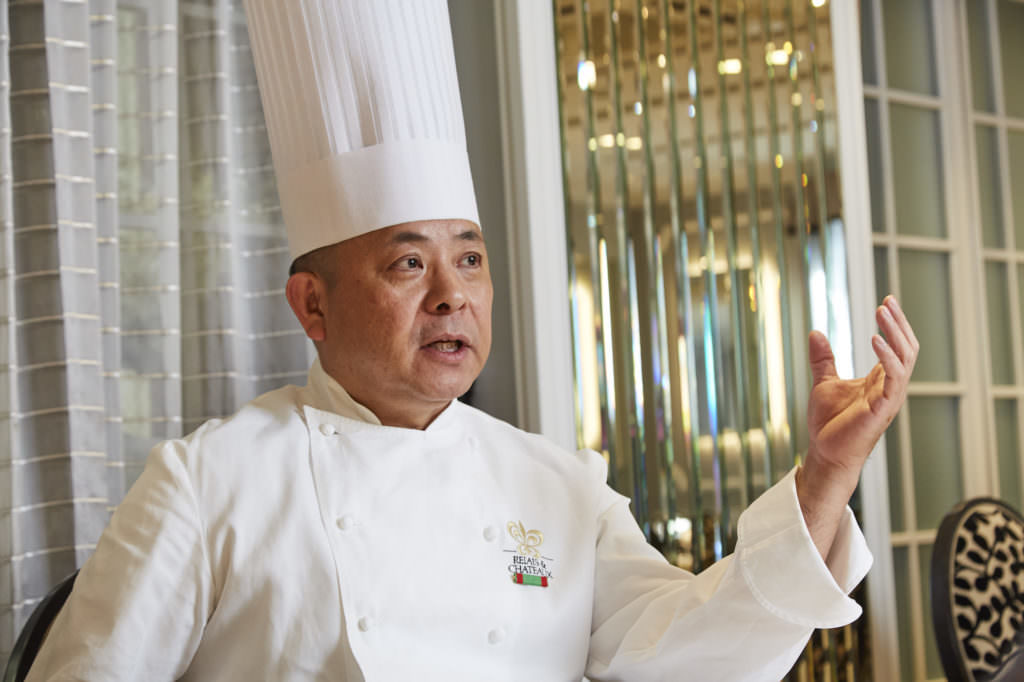 How were you first turned onto cooking?

Mr. Yamaguchi:
When I was a child, our house was separated into the main building and a detached house.
The main building was where my grandparents lived and my uncle and aunt ran a small diner. We could access the kitchen by walking through a corridor from the house, so I sometimes sneaked in there and sliced kamaboko (cakes of fish paste) with a knife and ate it.

There was a cosmetics factory near our house, so many people came to eat at the diner. When they arrived, perhaps they because they were tired, they did not talk much, but became more talkative as they ate!
That’s when I realized that food really has an amazing power to give people life and energy.

Boiling water using firewood, making dashi from dried bonito… There was a traditional kitchen in my life throughout my upbringing. It was a formative experience.

In your childhood, you felt strongly the “power of eating” on a daily basis. Were you thinking of becoming a chef back then?

Mr. Yamaguchi:
That was simply my collection of memories from childhood, so I wasn’t thinking of becoming a chef back then.
There was a time when I was worried about my future career, and since it was during an era of high growth and new cultures and value systems, I was an ordinary boy who was thinking I wanted to be a pilot.
But I didn’t like studying, so I couldn’t find meaning in continuing to go to school.

And in my teens I started to think of becoming a chef and starting work, instead of continuing to study. For those who want to be chefs it was common to enter Tsuji Culinary college, but due to my financial situation, I started training at a Western-style restaurant in Osaka that I found by chance in a newspaper advertisement.

How was the training at that restaurant?

Mr. Yamaguchi:
The head chef was from a hotel, and they cooked foods from scratch, like consomme, bouillon, bechamel. I never felt any kind of hierarchy or tough relationships, but since I get bored easily I didn’t want to keep on doing the same thing for a long time. Thinking about how to cut vegetables faster or how to chop better, I was always thinking about improving.

For example, slicing cabbages into strips was a job for young chefs, and my seniors told me touse a machine. But I thought to myself, “I didn’t become a chef to cut cabbages with a machine!” So I  cut dozens of cabbages every day using a knife, even though the other staff made fun of me.

I wanted to be better than everyone else, even when it came to cutting vegetables, and I was always thinking of how to improve my skills. Fortunately I had always been good with my hands, so in the end I was valued, and maybe even encouraged, because of that.

Along the way I started to think about training at a French restaurant in a hotel, and I really began to admire those places. Back then, working at a hotel was quite difficult. It was a place usually open only to elites who graduated from culinary schools, but since the head chef where I trained was from a hotel, he introduced me to a position. I entered the kitchen at Osaka Terminal Hotel (currently Hotel Granvia Osaka). 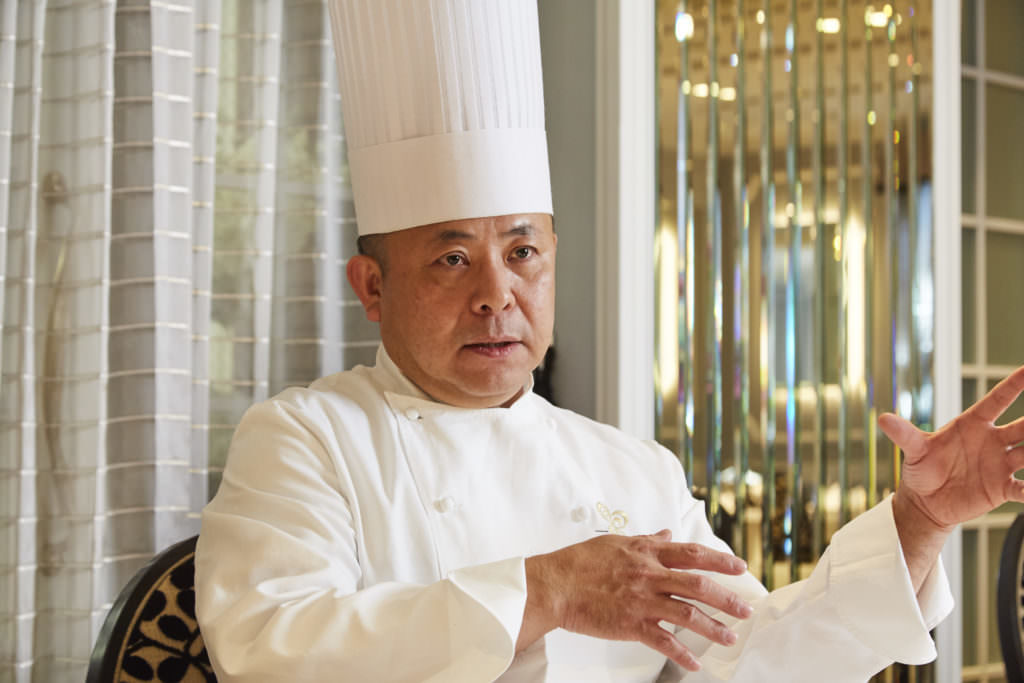 ■Training at the hotel and focused 100% on the culinary world

How was the training at the hotel?

Mr. Yamaguchi:
I was 23 years old when I started there. Actually, I was into surfing back then, and also thought of becoming a pro. I even had a surfboard maker as a sponsor.

You might not be able to imagine it now, but I was much thinner, tanned, and had long hair. But working at the hotel was an opportunity that I finally grabbed onto.
If I had continued surfing, there would always have been cuts and bruises and possibilities of injury. So upon receiving a job offer, I made up my mind to quit surfing and dedicate my life to the culinary world.

I thought that path would really open up if I entered the hotel, but it was far different from what I had imagined. During the self-introductions right at the initiation ceremony, all the other new staff were elites from hotels, saying “I am so-and-so from so-and-so Hotel.” I couldn’t say “I worked at a Western-style restaurant,” so I just said my name.

Was the hotel training different from a restaurant?

Mr. Yamaguchi:
I hoped to work in the kitchen with French cuisine, but the first place I was assigned was the banquet department. I couldn’t read the recipes written in French by the chef, so I started by copying every word. And ingredients like foie gras were new to me – some I hadn’t even seen before – so my hands would shake from nerves.
I picked a menu out of the garbage bin and repeatedly looked up words in the dictionary. I was desparate to catch up.

I realized that I wanted to learn French on a deeper leve, so I started going to language school.
I scheduled classes on my days off after checking the shift schedule, but sometimes meetings ran late and I couldn’t go.
Lessons were difficult and it was hard to catch up when I skipped one, but on some days the scary, demon-like chef said to me, “Yamaguchi, you go home for today.”
I later found out that he knew I was attending school to learn French, and so he told me to go home whenever I had lessons.

He was observing his cooks and supporting them. What path opened up for you after that?

Mr. Yamaguchi:
There were many things I learned as a result of working in the banquet department, so I think now that it was all great experience, but I didn’t feel that way back then.
I was always wanting to be in a French kitchen. That’s all I could think about.

In order to do so, I had to sell myself to be chosen from among hundreds of chefs.
So by utilizing my manual dexterity, I learned to do ice sculpture, attend culinary contests and won, and continued putting in great effort until I gradually gained attention in the hotel. Then the French chef selected me.

The French culinary staff all had experience working in France; I was the only one who did not have such training. My wish came true and I started working in a real French kitchen, but I started having mixed feelings since I had never been to France. I couldn’t be confident that what I cooked was real French cuisine. I wanted to be a chef who could cook French cuisine with confidence! I wanted to go to France! And it took off from there. 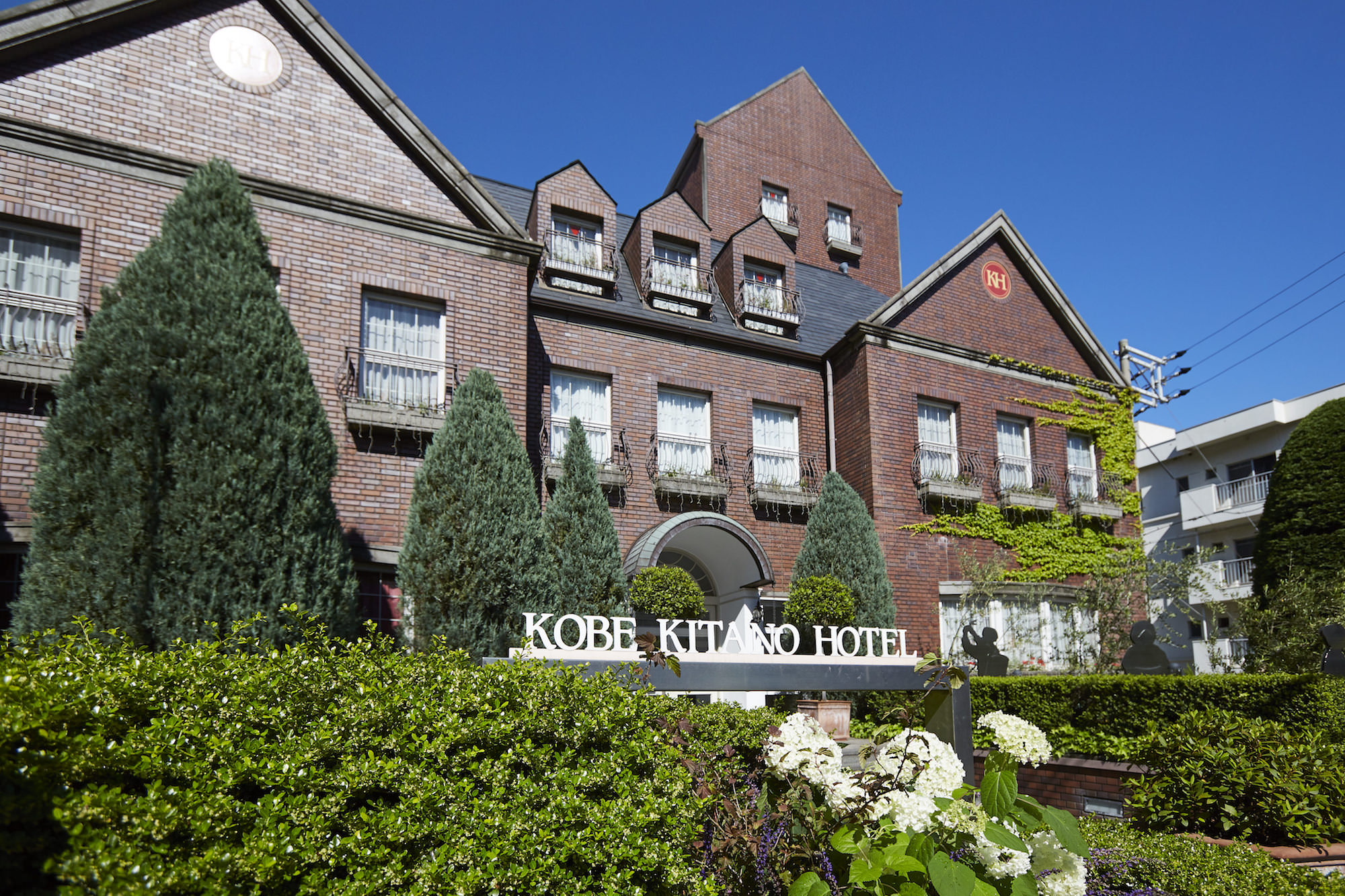