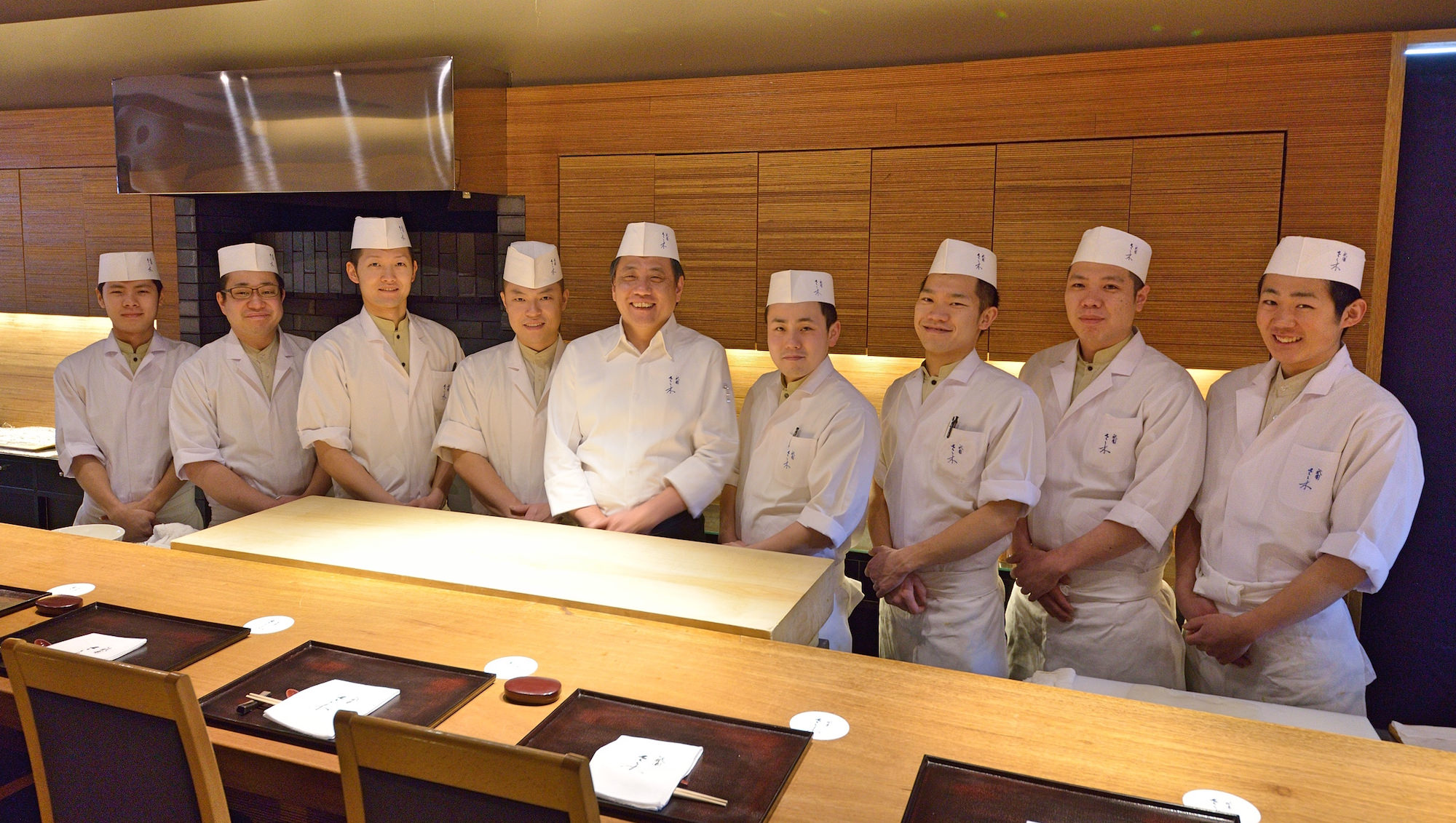 Chefs need the sensibility to notice subtleties. Budding apprentices are not turned away at the door, and allowed to leave when they wish

Young, talented chefs often talk about how training others is difficult. We also interviewed Mr. Kitagawa of Oimatsu, and he said that you had told him the same thing. You have trained numerous elite chefs. What did you emphasize in teaching them?

Sasaki:
You’re right, training others is not easy. It’s not even easy with your own kids, let alone with strangers.

Above all, it’s learning the ability to see things head-on. Building that focus and attention. People often talk about how we like to reprimand people because we love them. That’s nonsense. We get mad because we’re irritated. Since we’re nose-deep in these matters, we get seriously frustrated. You almost want to punch people at times and knock their lights out. In today’s day and age, you can’t be beating each other up in the workplace. But you will find holes punched in the kitchen walls — those are mine (smiles wryly).

What makes you mad?

Sasaki:
It’s not cooking matters.I’m not going to get mad if you fail to properly skin a sea bream. But if you don’t keep the customer in mind when you work, I will get pissed. It’s like at Kitcho — why do you think they start out people on weeding the plants and cleaning? It’s to learn attention to detail. People who can’t pay attention to others will never amount to anything.

I also like to tell people to have the “mind of a pervert.” Perverts are fixated on the object of their attentions. It’s like being a photographer — they will do anything not to miss that prime shutter opportunity. It’s about not missing those windows of opportunity, like catching sight of a girl’s undergarments as her skirt flutters past (laughs). As the analogy suggests, people who aren’t capable of picking up on the small movements and the like — noticing that the cook put a dash of sugar or salt — won’t make it. That, in a nutshell, is attentiveness.

I said the same thing on Jonetsu Tairiku (a documentary program) — and what do you know, we got all of these angry phone calls. “No, no, we don’t have any perverts on our kitchen roster, thank you very much.” People wanted to take it seriously. It’s an analogy. I hope people will use their heads like adults and capture the meaning (laughs).

So the point is that you need to able to notice things before someone points them out to you. When young people come to you asking for a place in your kitchen, what do you look for in them?

Sasaki:
Well, the thing is, I hire anyone who wants to join. My fundamental approach is that we welcome those who come and do not try to stop those who wish to leave.

If someone feels cuisine is not for them, that’s fine. They can resign on the spot. I always say the same thing, though: you won’t know if something isn’t for you if you do it for two months. If you have a go for three years and don’t like it, I’ll gladly introduce you to a more compatible shop. But can you really get a sense in two months? Come on!

So are you saying that you welcome any and all and customize your training to the person?

Sasaki:
No, I do not practice any form of training. Those who are attentive and wish to follow my lead will learn; those who are not attentive will ultimately quit of their own volition.

I also don’t assign a status to the staff. They choose among themselves. Some people like to bluster and act like they are in charge of the others, but I tell them they shouldn’t have to announce it — they need to act in a way where people naturally look up to them.

Eikichi Yazawa has a song, “It’s up to you.” That’s it right there.