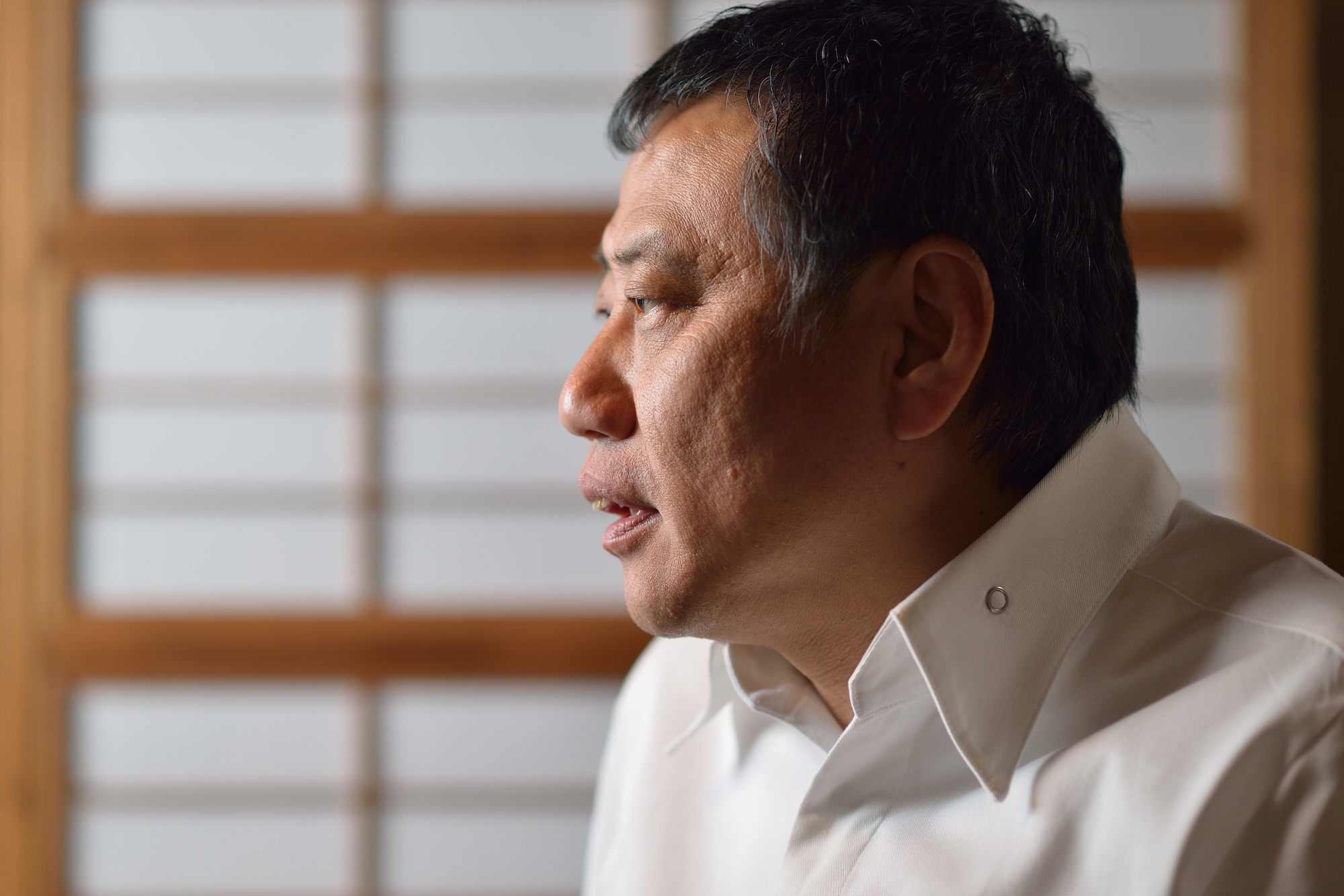 How many shops had you worked at before becoming sous-chef? Was that in Shiga, too?

Sasaki:
It was the fifth shop. Well, it’s five if you include a shop I worked at for a week before getting in a quarrel (laughs). I worked at three shops in Shiga and then came to Kyoto.

Was there anything that stood out in your mind when working at that shop?

Sasaki:
Yes. There was a major turning point that informed my worldview.

The shop served both prix fixe meals and small plates. We had an order come in for stewed sea bream parts. That was a small plate, however, and we had to see to the prix fixe courses first. The proprietress asked me what was taking so long with the sea bream. Even though I was giving it my all, I didn’t have enough time to get to it.

After the third reminder, she became pointed: “Are you even working in there?” I flipped out, and I chucked a pot with broth and soy sauce in it at her. Your mind goes blank in those moments.

Once the pot came clattering down, I recovered my senses and realized I’d done something outrageous. I figured my number was up at that shop. My boss was three years older, and I thought he was going to pound some sense into me. He instead briskly picked up the pan and began cooking with it. Seeing his composure was enough to make me want to apologize on bended knee for being such an irascible upstart.

Honestly, I would rather he had decked me! I gave him a profound apology. “It’s nothing, it’s nothing,” he said. He told me I was in an altered state, which was causing the seasoning to get messed up. “Even with a small staff, even if we’re under the weather, we have to be firing on all cylinders. Patrons come to eat delicious food here, and they pay us for that.”

I felt like I had had a 10 ton weight put on me. Someone just three years older than me had laid that line on me. I realized I had to become like him.

Did he always act in a mature way?

Sasaki:
On the contrary, he had a kinked perm and would go play the slots on his time off. He was like the king of the ruffians! At the end of that work day, I apologized again. He told me, “It comes with the territory of being a chef.” It really sent a chill up my spine. Or, I should say, the words really stuck with me.

I would say that this man, above others, changed my outlook and approach to my work. You might say that I lost my prickliness at this point. I had made the rounds of all these shops like I had something to prove, but I suddenly changed.

I now found myself getting advice from him on cuisine, and I really grew in my skills. 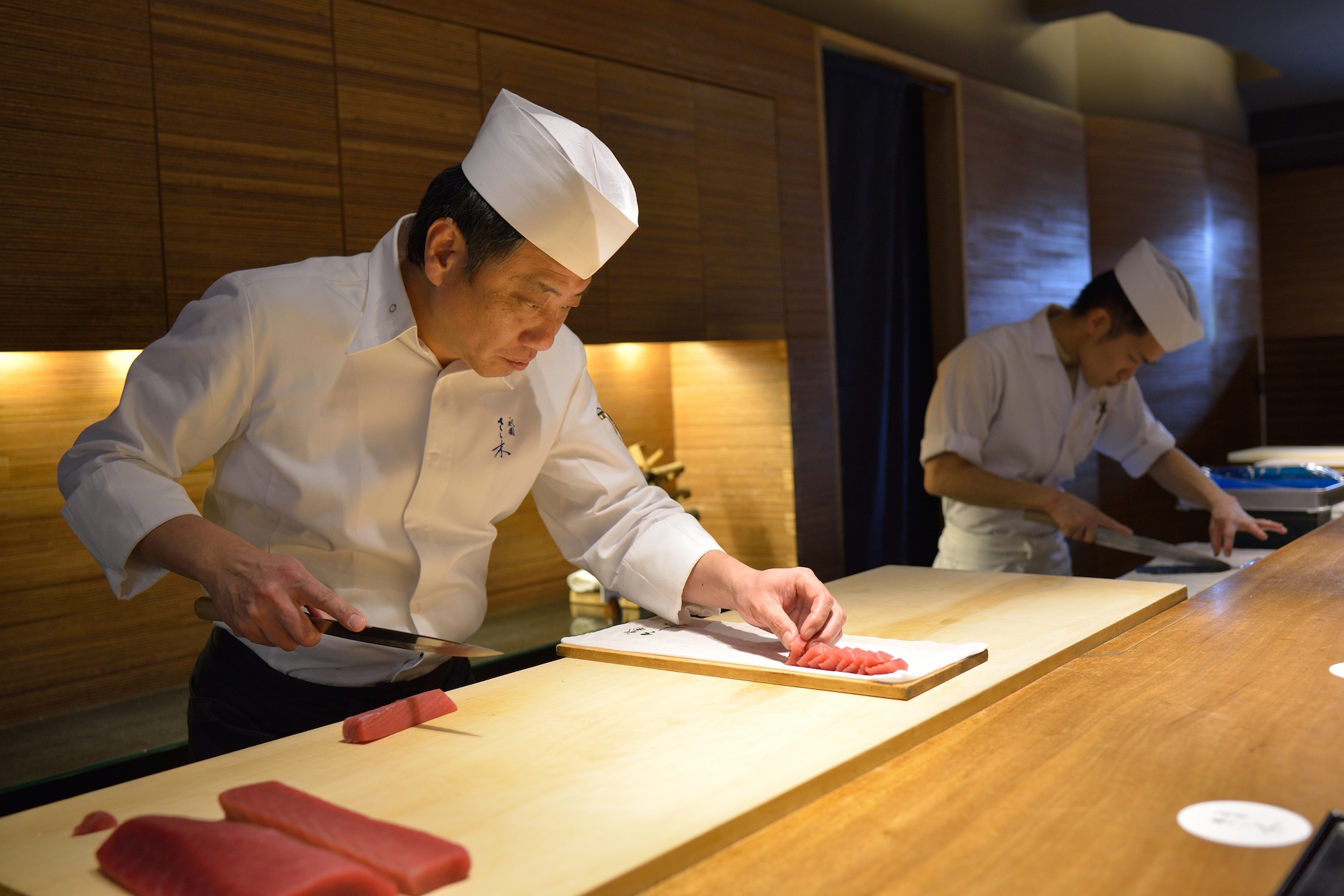 The sous-chef years: thinking about the shop as a whole and leading the team

So he was, in the truest sense, your master teacher. He probably noticed these changes in you.

Sasaki:
I think so, yes. Becoming sous-chef is about more than just getting the privilege to man the stove. I learned about acting as a leader for the rest of the line cooks. I learned about how you have to think about what is lacking at a given moment, what needs doing, what each cook should be assigned to, and so forth. I felt confident that my fish preparation could go up against anyone. I decided I had reached what I was looking for, so I stopped the “training circuit” of touring different restaurants.

At the time everyone was too rough that even a stray pair of chopsticks rolling off the counter made me irritated. We would always be fighting out on Kiyamachi-dori, but I thought “ If I break my bones through fighting out, it must be considered miserable by everyone in the restaurant,” so I stopped fighting out.

So you went from thinking solely about your own growth to assuming the responsibilities befitting a sous-chef.

Sasaki:
My fundamental outlook changed. I began thinking about my position in the shop, what we had to do next, and so on. I started thinking about it in terms of prioritizing things. For instance, when the boss was out, I had to think on my own about what to do about the broth and so on.

How many years did you work there?

Sasaki:
Three. I became the head chef at a branch, but there was also a sushi counter there, with sushi chefs manning their own space.

A customer there once told me, “You always have the sternest look on your face.” I realized that I was positioning myself in a neck-and-neck contest as a twenty-seven-year-old against the sushi chefs, who were thirty-five or forty. That intensity was always on my face. While the lesson I learned smoothed me out some, my competitive streak persisted. The customer’s words gave me a new insight, though. It wasn’t my place to be in contest with the sushi counter; my natural role should be finding ways to hit the mark and earn the trust of patrons, not put them off.

Once my expression had warmed up, a patron approached me one day: “Your food is seasoned well and your small appetizers are cleanly plated — I’m thinking of opening a restaurant, so would you like to work there?”