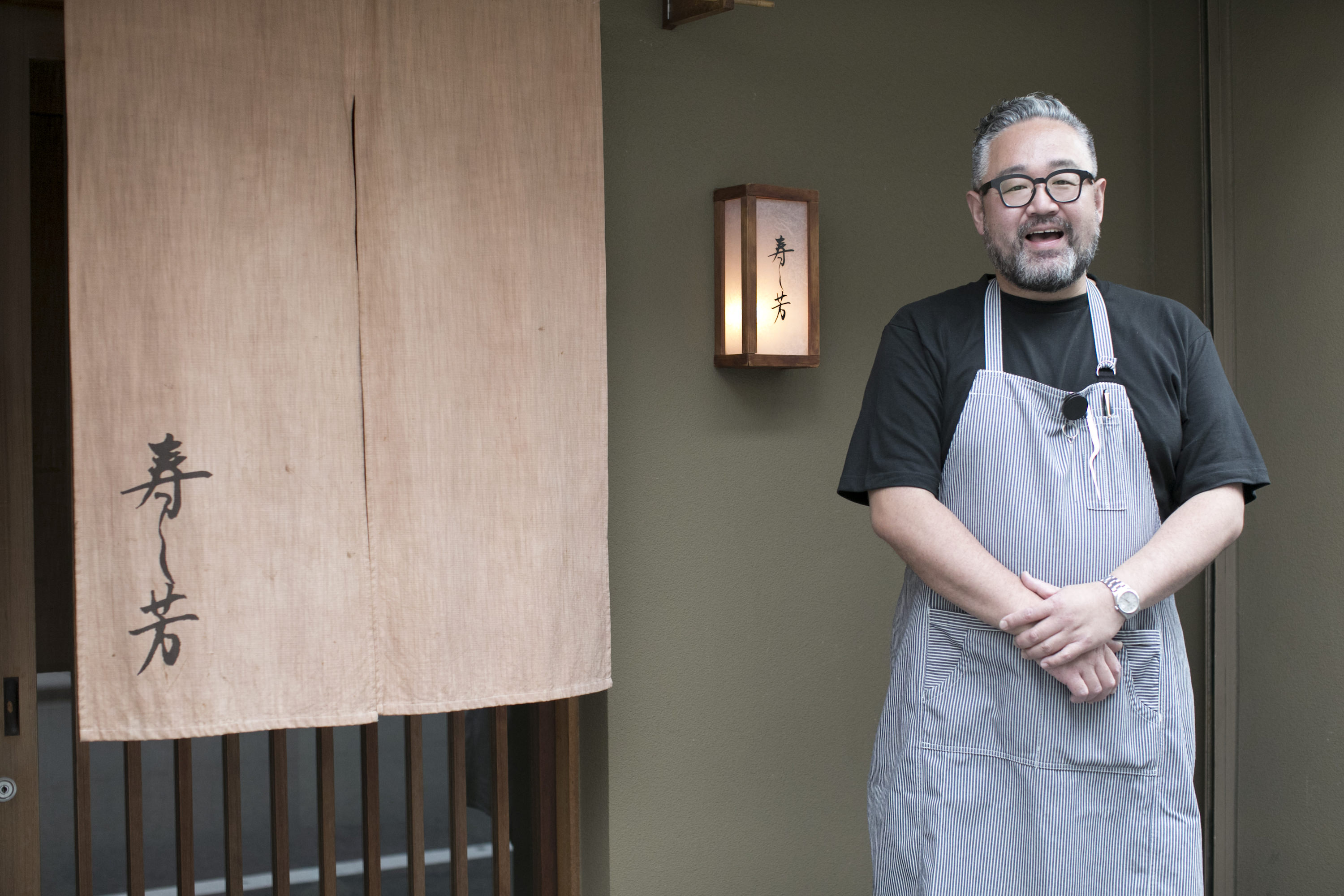 Sushiyoshi, a small restaurant with just eight seats at a counter, is located in the busy neighborhood of Minamimorimachi. It is a famous two-star sushi restaurant that represents Osaka, and the sushi that owner Mr. Kimioki Nakanoue produces has various tastes and is full of fresh surprises always. I took the opportunity to hear from Mr. Nakanoue, who searches for the possibilities of new sushi all around the world and continues to evolve with a global point of view, about his thoughts on his career and his dreams for the future. 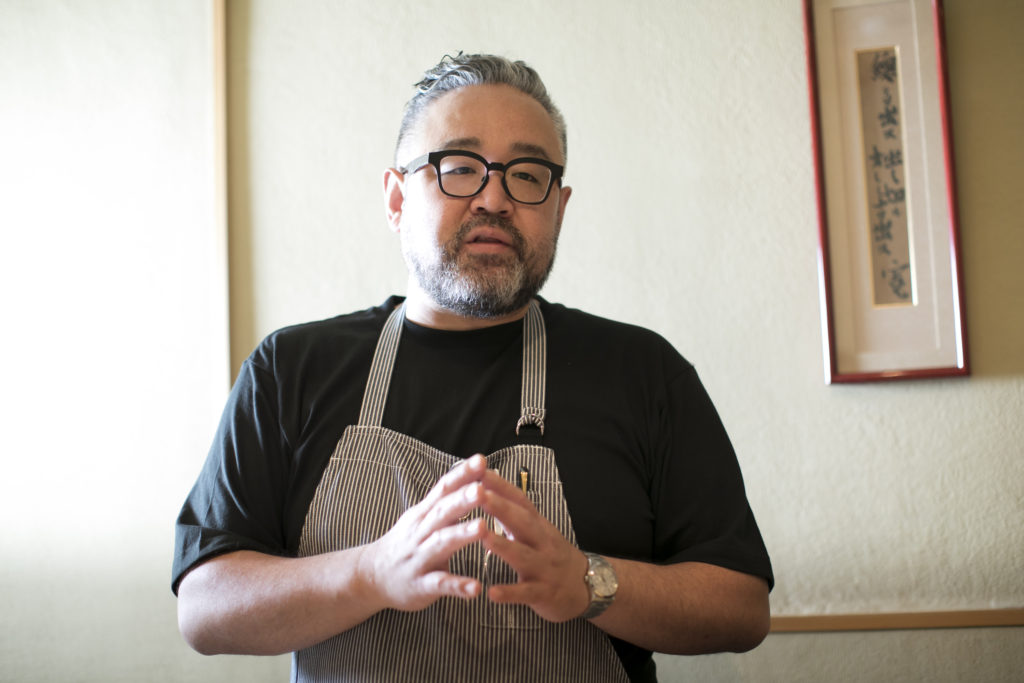 Mr. Nakanoue, you are known for having studied on your own. But how did you move in to the field?

Mr. Nakanoue:
I moved to Osaka from Kagoshima when I was six years old, and my father was running an ordinary sushi restaurant in Osaka. It was not that I particularly admired my father, but perhaps because he was a sushi chef, I read a book when I was in junior high called Tsuruhachi Sushi Banashi, written by Mr. Morooka. The author, Mr. Morooka, was also an Edomae sushi chef, based in Kanda, Tokyo. After that I really began to appreciate the field of Edomae.

I was also interested in Tokyo, so from that time I began to think about becoming a sushi chef in the Edomae tradition. So I had an idea that I wanted to train in Tokyo in the future, but due to personal reasons I happened to train at a gourmet ryokan in Shiga prefecture.

How was life during that training?

Mr. Nakanoue:
Actually, after six months of training, my father passed away, and I couldn’t continue with mytraining. And then I happened to take over my father’s restaurant so as to support my mother, who helped in his restaurant.
So I have never trained under anyone as a sushi chef.

It was a crazy thing that happened, when I suddenly took over the restaurant, but I did not have any choice because the life of our family depended on it. So I learned the skills of a sushi chef as I ran the restaurant; I studied by myself.

It was so sudden. So you started by taking over the business, with no choice, when you were 18 years old.

Mr. Nakanoue:
We were kicked out of my father’s restaurant when I was 20 years old, so we relocated to the current place and it hasn’t changed since. But on the inside, everything is different.

When we were evicted, I told my mom I wanted to train in the tradition of Edomae sushi, but my feelings were not completely understood. After losing my father she depended completely on me so I was unable to train elsewhere.

So I continued in the same way that my father had, but because I still admired Edomae sushi. As a result, I continued to feel strongly that I wanted to express myself indpendently, and there were more conflicts with my mother. 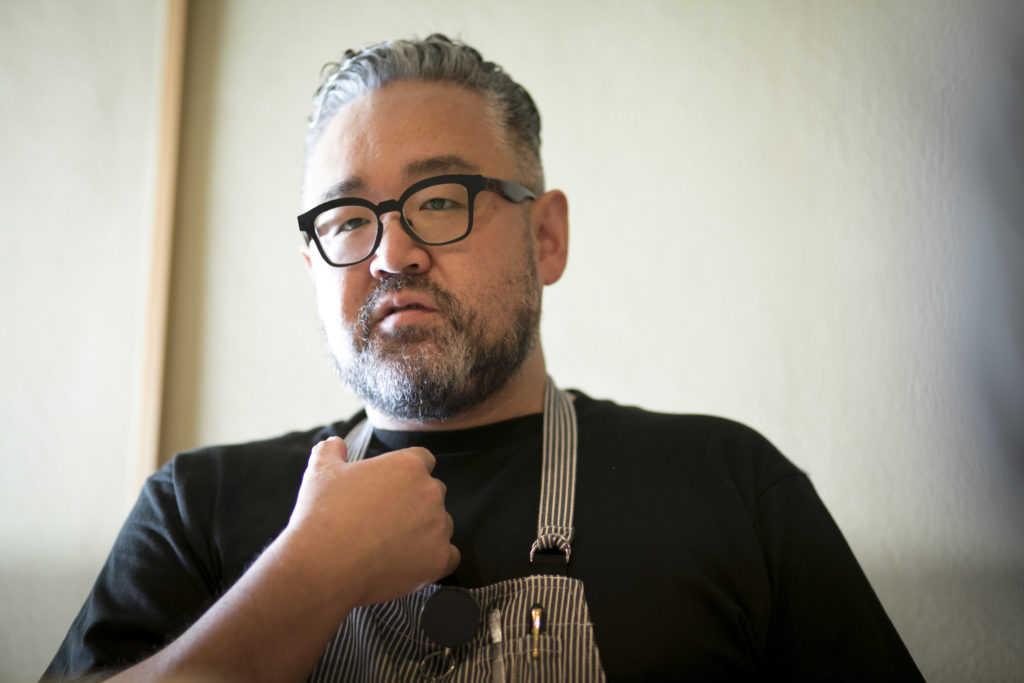 Self studying the Edomae sushi I admired

Was there any opportunity for you to change from your father’s style to your own?

Mr. Nakanoue:
There were two turning points; the first one was my relationship with my mother.
Since she had worked with my father, she assumed I would succeed in my father’s style, but I cannot help myself from trying my own way.

Because of that the conflicts were extreme, but she later returned to her home, giving me theopportunity to do things my way. So at the age of 27, I decided to start learning Edomae sushi, and I was able to change the direction of the restaurant.

How did you learn Edomae sushi?

Mr. Nakanoue:
I didn’t study Edomae formally, so I no idea how to do it, and at first was learning mainly from books. And it expanded my image of the field. I also went to Tokyo via local trains and night buses, to visit many sushi restaurants that I admired, eat, return, and try to emulate it.

As I visited restaurants, sometimes the sushi chef noticed that I was also one, but when I would tell them I’ve never had training at a sushi restaurant, there were some chefs who mocked me: “I can’t believe that you do it without training!”
In the world of sushi chef, the location and length of training becomes an indicator of status and class. Back then I was ashamed of myself, being a self-studied chef, so I didn’t want to share that information. It was a sort of complex I had back then.

But there were also chefs that treated me nicely, saying things like “Self-study must be especially tough with Edomae, right?” They understood that, and I still remember those particular people. 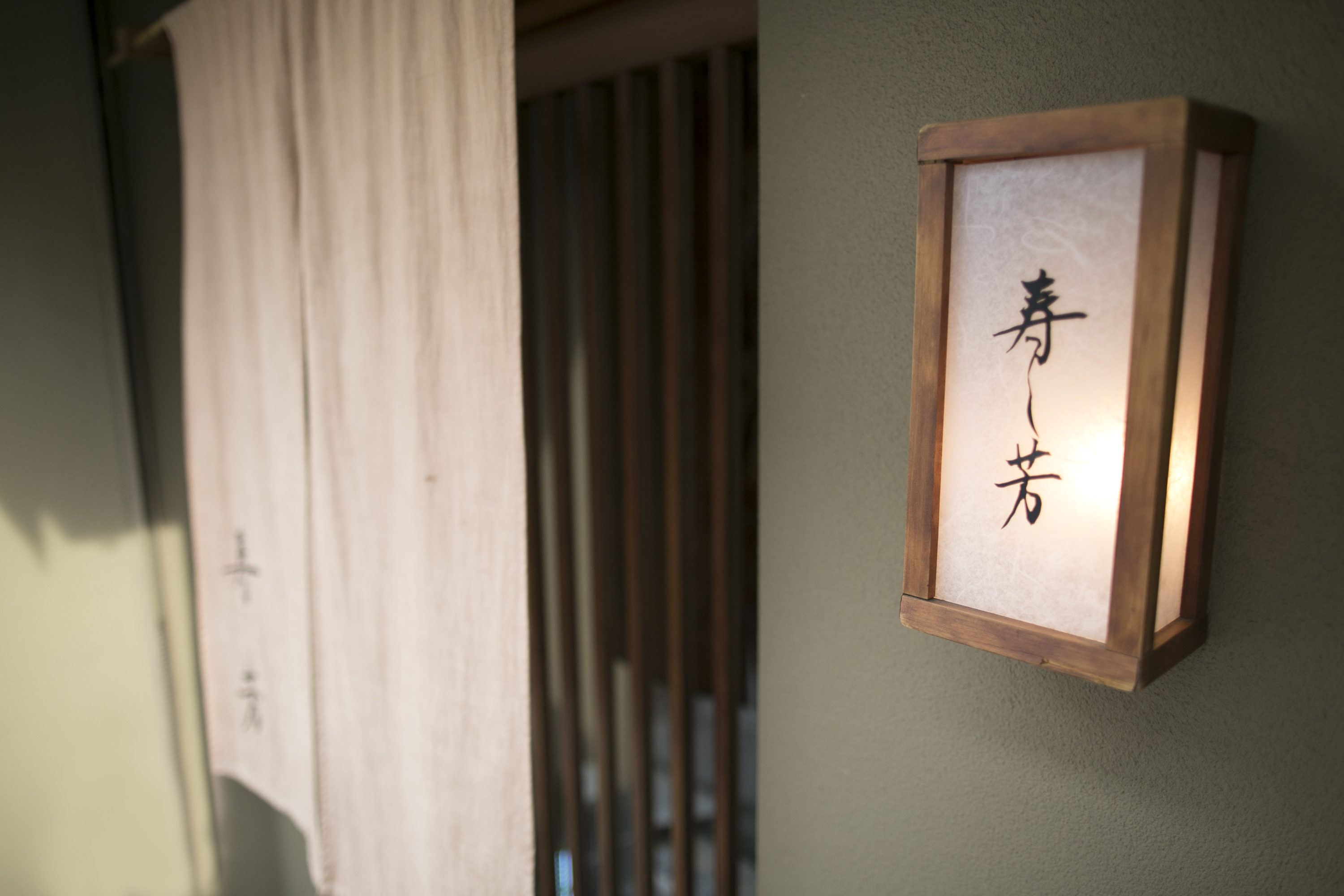