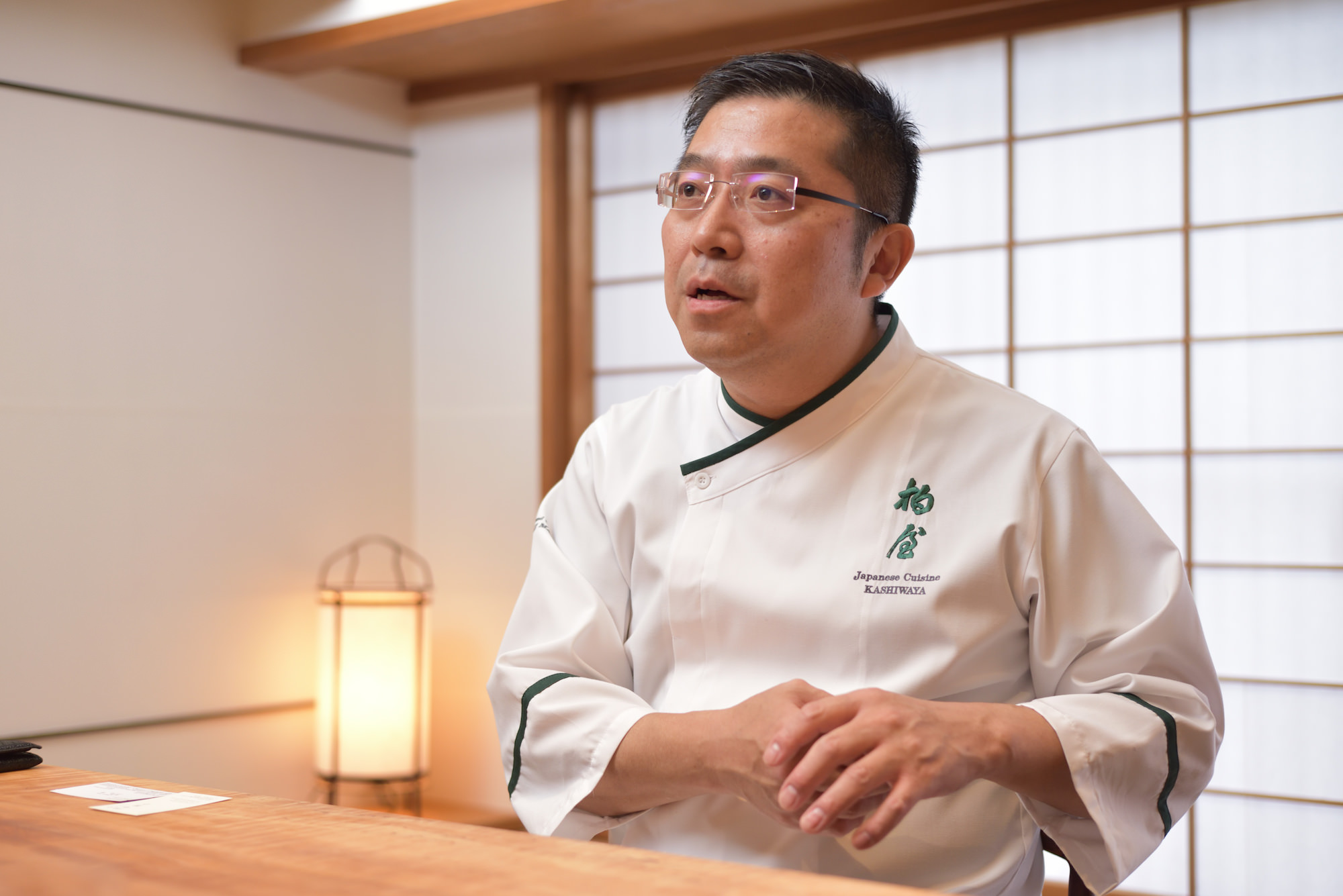 The words from my master that helped me to bridge the gap between my ideal and reality.

You ended up jumping into the world of cookery due to your desire to use traditional Japanese culture to provide an overall experience, in terms of food and hospitality. Did you find any gaps between your ideal and reality?

Matsuo:
Yes, there was a big difference. However, I think this is the same for any young chef. At some point they all wonder, “Working so hard like this every day… will I ever be able to do what I want?” It was at that point that I was encouraged by the words from my master. “There is no need to rush. If you are able to grasp one or two things between the time that you wake up till the time that you go to sleep, then that is fine. Before you know it, you will realize that you have managed to achieve quite a lot,” he said. However, if you become impatient and give up, thinking that you are not making any progress, then you will stop growing. He told me to keep moving forward, even if it is just one steady step at a time.

After that, how did you get closer to turning your ideal restaurant into a reality?

Matsuo:
In the fourth summer after returning to my father’s restaurant, the head chef that had joined us to help us out said he was going to become an independent chef from the end of August. This is when I said that I would become the next head chef. At that point, it had been four years since I had come back, and I was starting to develop really exciting thoughts such as, “If it was me, I would want to have a restaurant like this! I would definitely prepare dishes like this!” So I started hiring young staff, saying to them, “Leave it to me, I am confident that we can prepare dishes that will delight our customers even more.”

My father then started talking about refurbishing the whole restaurant, and so we commissioned the sukiya-style master architect Toshinori Nakamura to do the work. This is how we ended up roughly with the shape that we have today, a design that incorporates large tatami rooms and tea rooms. During the rebuilding work, I asked my master from my time at Shofukuro to allow me to help out at his restaurant, even if it was as unpaid work. I gained a variety of experience while working there, and I became familiar with rooms displaying genuine Japanese articles, such as historical hanging scrolls and incense burners. This allowed me to clarify in my mind even more, the type of cooking and the service style that I wanted to provide to my customers. 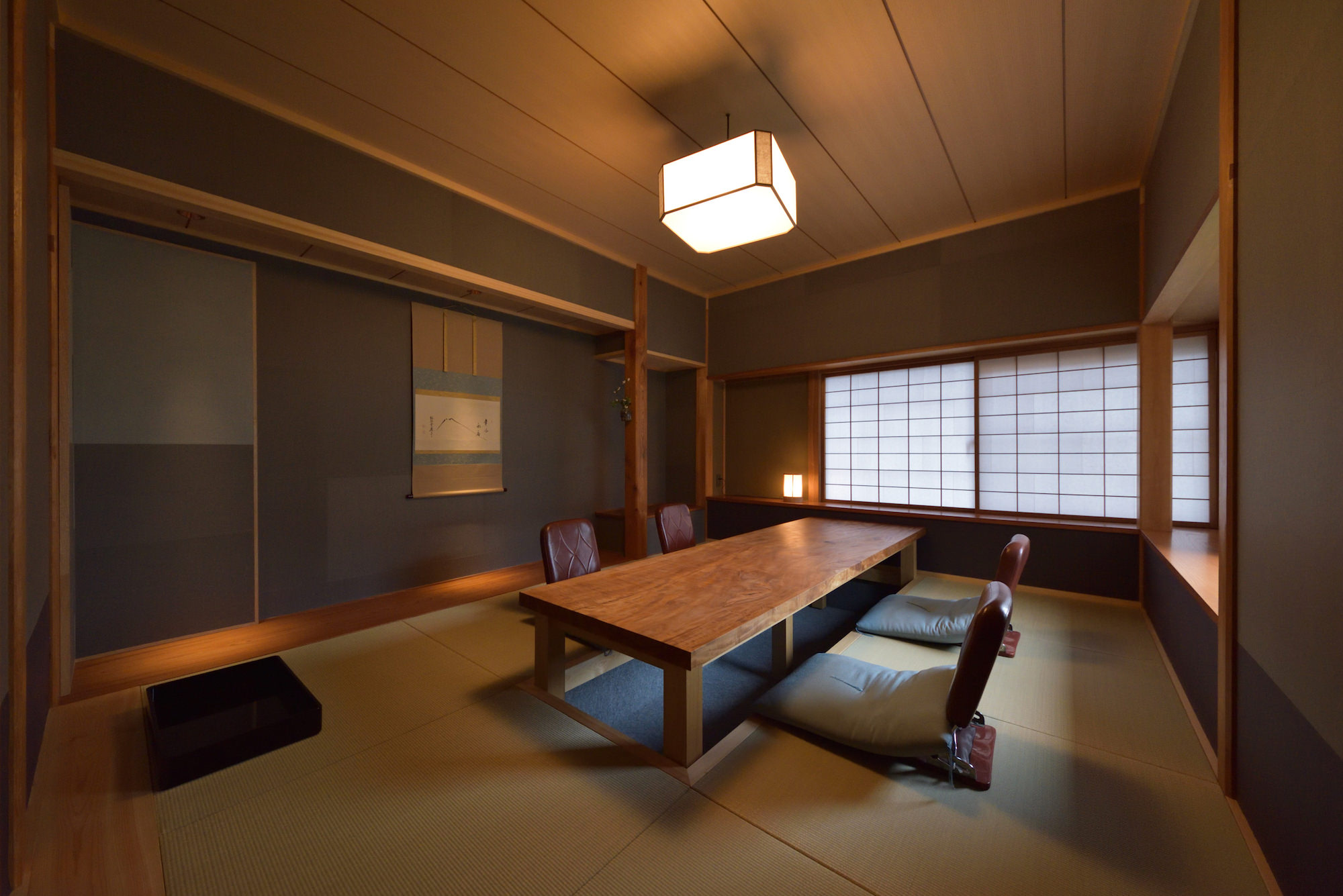 After the collapse of the bubble economy, price competition became very intense in the market. Which direction did Kashiwaya take at this point?

Finally you were able to open the restaurant of your dreams. Were you successful in attracting customers?

Matsuo:
Just around the time when the bubble burst, high-end restaurants, which had experienced skyrocketing prices, entered into a period of price competition across the board. Even hotels, and the like, offering set course meals, which used to start at ¥10,000 as standard, started offering meals for around ¥2,980 and ¥3,980. Those were harsh times.

Our restaurant also started getting fewer customers, and we even had periods when we would have absolutely no customers for about half of the week. Although some suggested going down the route of setting more reasonable prices, the problem is that we are actually located slightly outside of the city. This means that it is difficult for us to join the price match competition. So we then decided to distinguish ourselves by providing a unique experience that could only be enjoyed at our restaurant. We sought to include new ideas that would bring joy to our customers, such as for example, making sure that the desserts served at the end of a course meal are also handmade.

That was the time when the ‘one-coin’ lunch appeared in the market, that is, lunches to fulfill your appetite for ¥500 or less. Food at our restaurant costs more than 10 times that price, or even close to 100 times more. So the question was, what will our customers take home with them for that kind of price? It was not enough to just send them home thinking, “My tummy is full,” “It was delicious,” “I ate some interesting things,” and the like. I really felt that it was necessary for us to create a special space of comfort for them, give them a feeling of happiness, and also a lingering memory that will make them want to come back again.

Making customers feel that they want to go back again is the eternal challenge for any restaurant, isn’t it?

Matsuo:
Ultimately, what is the key to achieving this? For me, it is matching our services to fit the customer. This does not mean doing what they say. It means making a guess about what the customer wants, and then thinking of ways to deliver what you are able to provide. This also applies to the preparation of food.

For example, if you are cooking potatoes every day, you end up getting a feel for which potatoes are cooked well, and which ones are cooked badly. You might say, “This is as hard as the last potato I had, I should probably boil it a bit sooner.” While people are unripe, they have a tendency to learn to cook by using numbers, like “potatoes should be cooked for X minutes from the time that the water is boiling.”; however, numbers are generally only good as a reference. The only way to achieve the best result when cooking potatoes is to look at their actual condition.

At our restaurant, we basically share all our recipes with our staff, but we do make it clear that these are for reference only; a perfect outcome is never guaranteed. It is important to realize this from very early on. Whether you are cooking or welcoming customers, it is always important to find the best course of action based on the circumstances at the time. There are too many people who tend to overlook this. People quite often end up thinking, “I followed the instructions exactly but it does not taste the same. It is not my fault.” But there is always a reason why something has gone wrong. 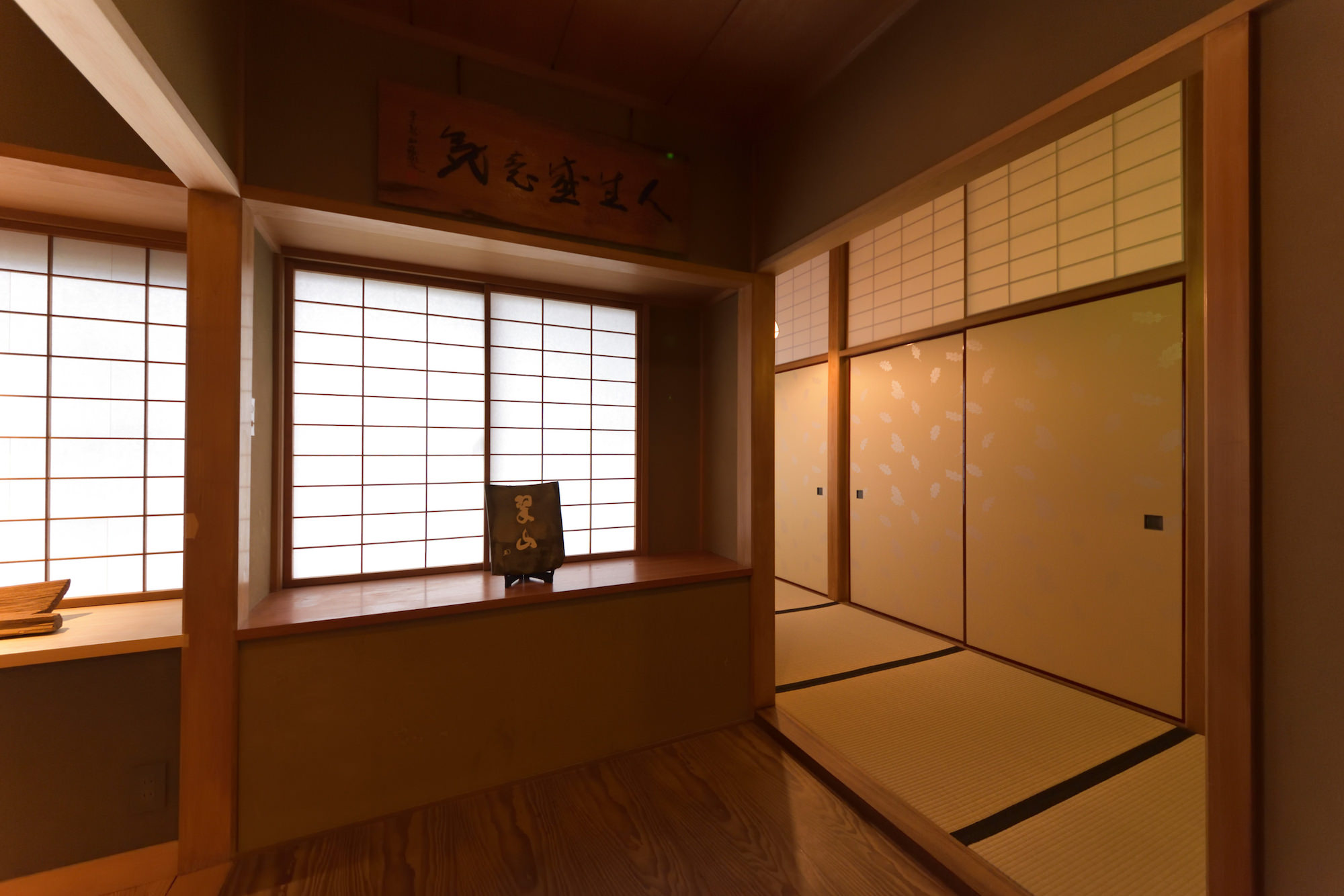