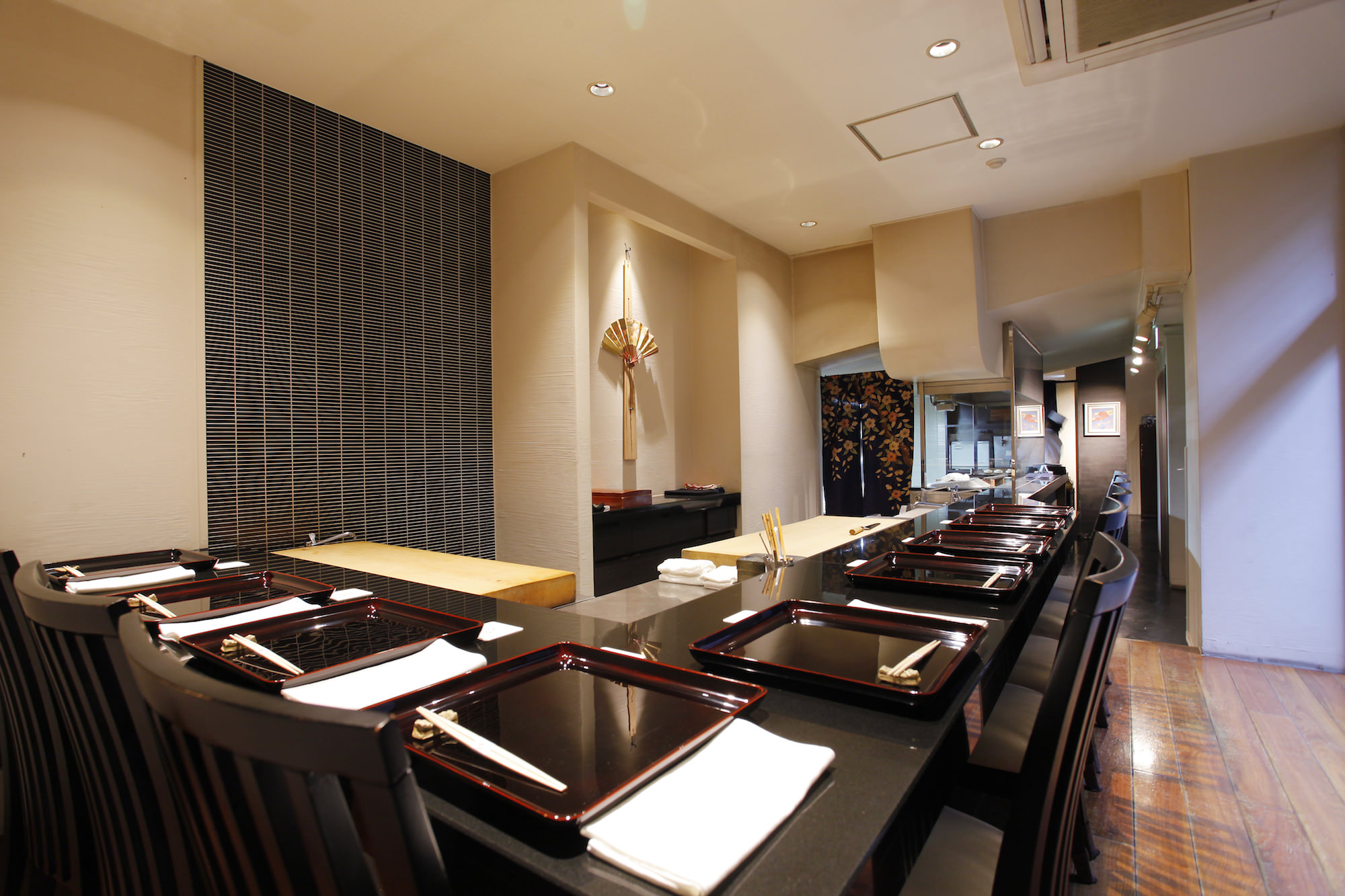 A Chef Must Learn to Love his Craft

A year after opening, Yamamoto’s restaurant was bringing in so many customers that it was difficult to get a reservation. Though he had three evening courses on the menu when he opened, two years later he knocked it down to one. With that, his restaurant became even more popular, and rumors of the young chef from Gifu with an exciting style continued to spread.

Has the food changed at all since you opened your restaurant?

Yamamoto:
I was stuck in my Gifu-style at first. For a while, I just continued to make dishes that were popular when I was a head chef in Gifu. Then one day, an old customer of mine said to me, “The love’s missing from your food lately. It’s like you’re just imitating what you used to do. If this is how you’re gonna cook, you should just quit.” I was really taken aback. He completely called me out.

I really did feel like I was taking the easy route – aiming for an 80 points with safe dishes. But at the end of the day, that’s just laziness. I thought long and hard about that – how my cooking in the past never dragged like this. So I decided to just make what I’m genuinely interested in right now. The next thing I knew, my reviews were improving.

It seems you started getting even more business once you changed your evening menu from three course options to just one.

When a customer ordered the ¥7,000 course, I necessarily had to use cheaper materials. That itself bothered me, but what was worse was when customers sitting next to each other at the counter could see the difference in the quality of their food. If a customer told me that they wanted to try the food their neighbor was eating, I had to tell them that I couldn’t help them, since it was from a different course. That’s not fun for me or the customer.

Of course, offering different price ranges in the first place was to bring in more customers, but it still bothered me. My staff told me to follow my instincts, so I thought, “to heck with it,” and I made the menu a ¥15,000 course only. It was a huge success. I saved money on the losses I had previously had from buying extra ingredients, and I found I was able to devote myself more to my craft.

What do you love most about cooking?

Yamamoto:
It would probably have to be seeing satisfied customers. It’s a chef’s greatest pleasure to hear from a customer that they love the food or that they’d like to come again. I put my own heart and effort into making this food, and when it enters the customer’s mouth, I get to see their reaction. That’s really exciting.

However, you can’t create satisfied customers with just food. The staff, the customers – everything that creates the restaurant’s space has to come together to make the experience. That’s why it’s also important that the staff loves their work and that you build a strong team. 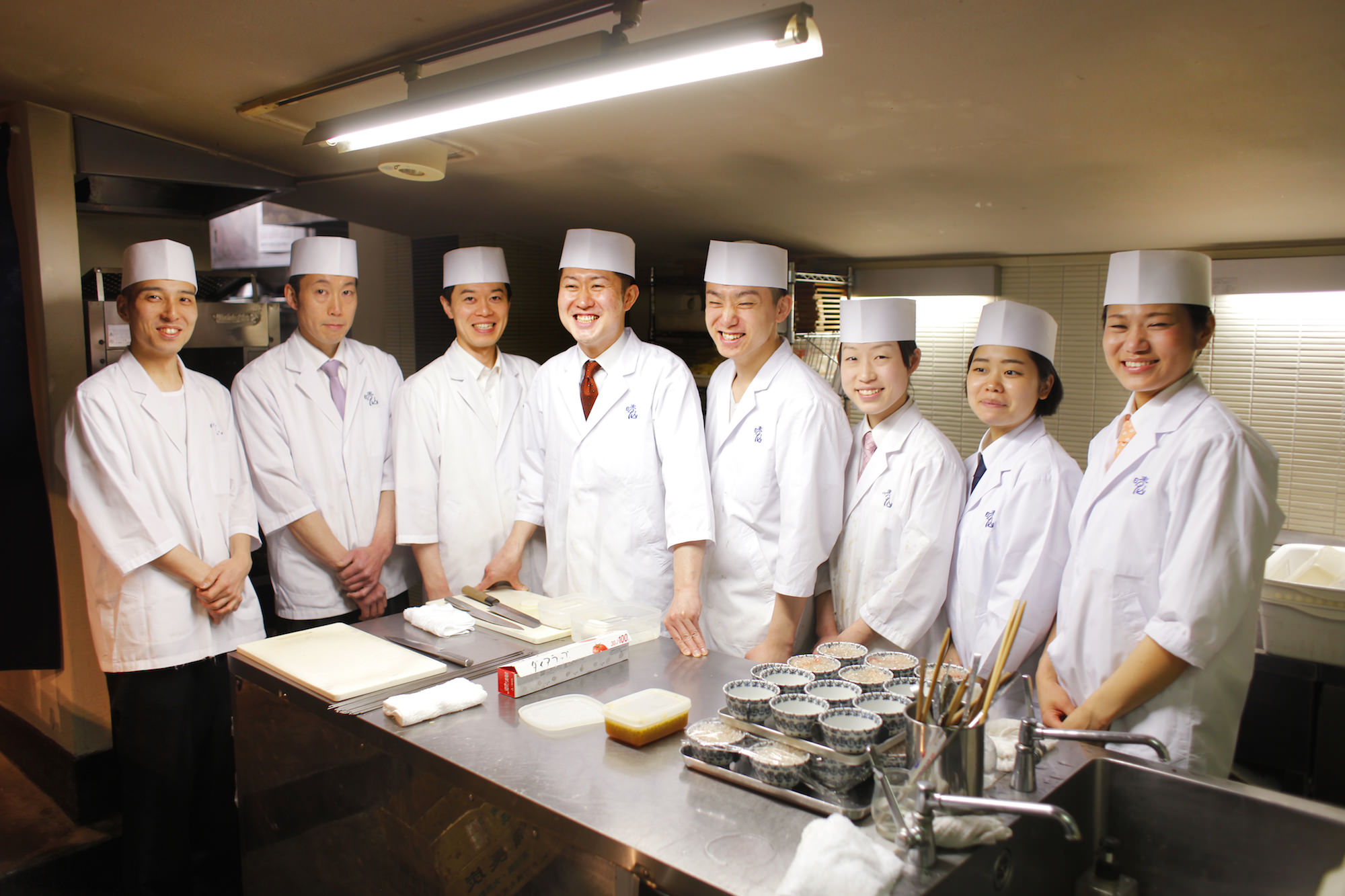 Bringing Out Each Members Unique Strengths

Seizan, now in it’s fifth year of business, just picked up two new graduates this spring, bringing their staff to a total of ten people. Their first female staff member joined three years ago, and the restaurant currently employs 4 women. They are also discussing reduced working hours in order to increase efficiency. It’s Miyamoto’s personal belief that more free time allows for more self-motivated study and growth as a craftsman. He refuses to define seniority by age or length of employment, and works to cultivate each employee’s unique strengths, helping them to reach their own goals.

What do you focus on when building a strong team?

Yamamoto:
My answer to this question is the same as when I worked in Gifu: communication with your staff. If someone doesn’t seem well, ask them “How are you doing?” or “What’s wrong?” Anything’s fine. Just let them know that you care about them. If you don’t, before you know it, they’ll just be going through the motions of work out of habit. Also, it’s important to help them understand what it means to cook for someone they care about. No one wants to give a bad meal to a family member or a lover.

What’s their favorite food? How can I make them happy? I try to brainwash them to think about the customers like they would think about loved ones (laughs). What’s important is the fact that everyone who works here is a part of Seizan and we’re working towards the same goals. It can be difficult to get older workers to think the similarly, so I tend to prefer fresh graduates.

What kind of people do you look for in your staff?

Yamamoto:
Someone who loves cooking and has clear goals for themselves. The most is common goal I hear is probably “I want to open a store back home,” but really any kind of goal is fine – “I want this kind of car” or “I want to live in this kind of house.” A good dream helps you work hard, and at the end of the day, if you don’t know where you want to be in five or ten years, you’ll never make progress.

Also, I think it’s important to be able to give quick answers to any questions the customers have. It’s okay if you’re not a particularly eloquent person, as long as you try to communicate what the customer wants to know. If you don’t, there’s no way they’ll be satisfied.

How do you go about building a team?

Yamamoto:
No matter how young the worker, I make a point to give them a role and sense of responsibility. It’s just like baseball. If there’s a batter, then there’s also a baseman. If you have a cleanup hitter, then you also have to have a leadoff hitter. If there’s someone hitting homeruns, then there’s also an unsung hero butting balls for the team. Finding the right people for each job is what makes a top-notch workplace. Feel your way forward, watching each worker carefully, and try to figure out if they’re the type that responds best to positive reinforcement, or if they do better with pep talks or a slight scolding, or what kind of job will give them a sense of responsibility.

How would you describe your current team in a single word?

Yamamoto:
“Family.” We lean on each other to make the restaurant run, and if one person is missing, we all feel it.

I think the best food is made from teamwork. Take a single bowl of soup, for example. Rather than having one person in charge of arranging everything, you divide the work, have everyone pay careful attention, and with just the right timing you deliver it to the customer and pour some hot dashi stock in. The allotment of roles may end up leaving the youngest staff member with the job of delivering the soup, but if that’s what will allow the customer to best savor the aroma of the dashi, then that’s the right way to do it. I’ve got nothing but enthusiastic workers on my team right now, so everyone’s always coming up with ways to improve our service. I’m happy to say that even if I didn’t worry about the customers, everyone else at Seizan would.

What kind of plans do you have for your business?

Yamamoto:
Right now, I’m pretty focused on cultivating the younger staff, so I haven’t thought much about expanding the business. However, in the future, if a staff member were to express interest in running their own branch, I would consider it. Also, since the current location was already furnished when I got it, I’d like to try setting up a store from scratch some day. I would try a counter-only store using the finest ingredients and tableware I could find. Five years…is probably pushing it, but I’ll definitely make it happen in ten.

Yamamoto chased his dream of becoming a first-class chef and opening his own store at 31, and he delivered as promised, establishing Seizan, a now well-known restaurant in Tokyo.
He distinguished himself early on, was entrusted with multiple restaurants, and lead multiple teams to success. But in the heavily hierarchical world of cooking, that process was not an easy one.
And that's precisely why Yamamoto has a such a strong passion for building teamwork. It's the quickest route to satisfying a customer. 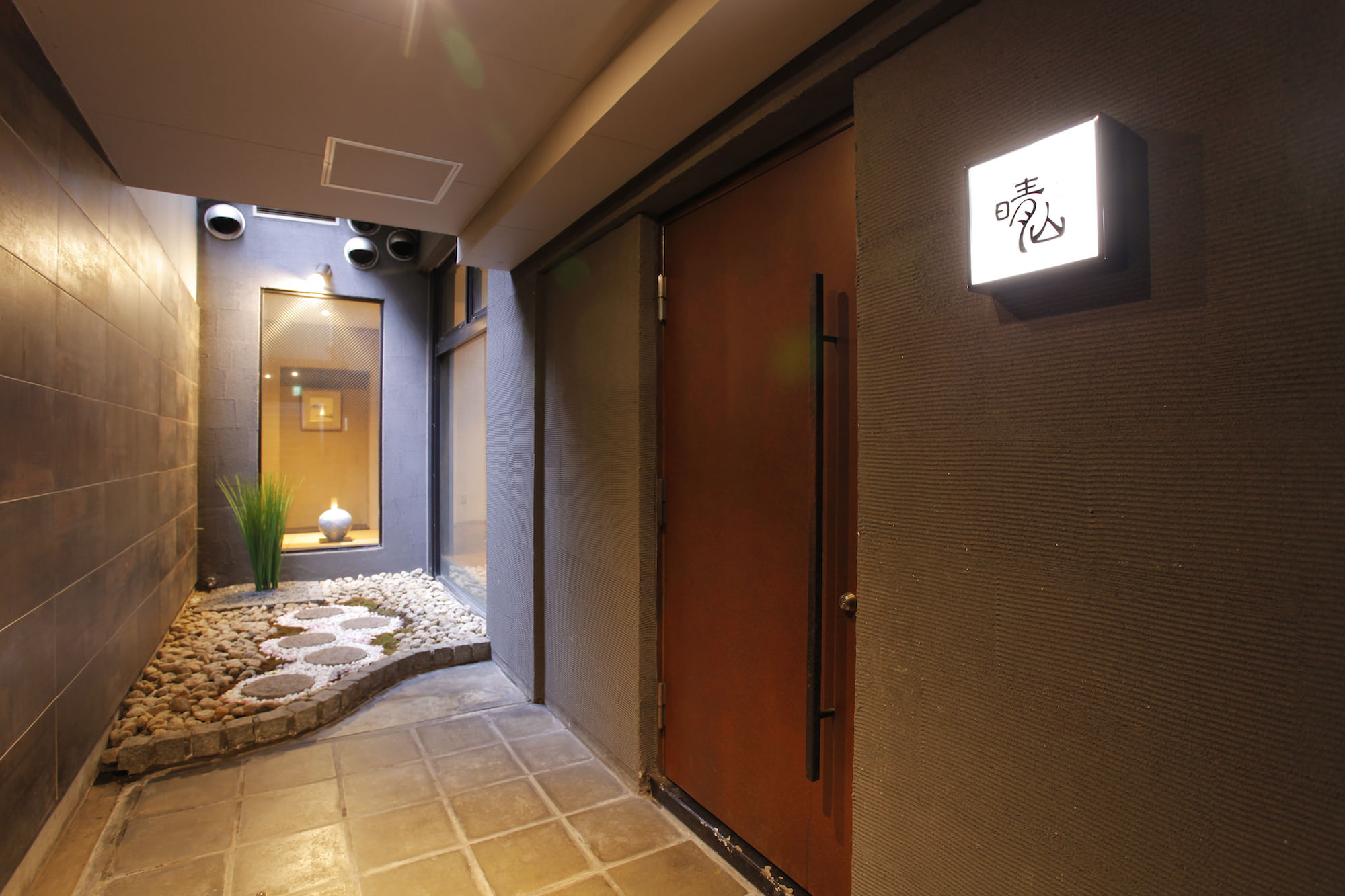