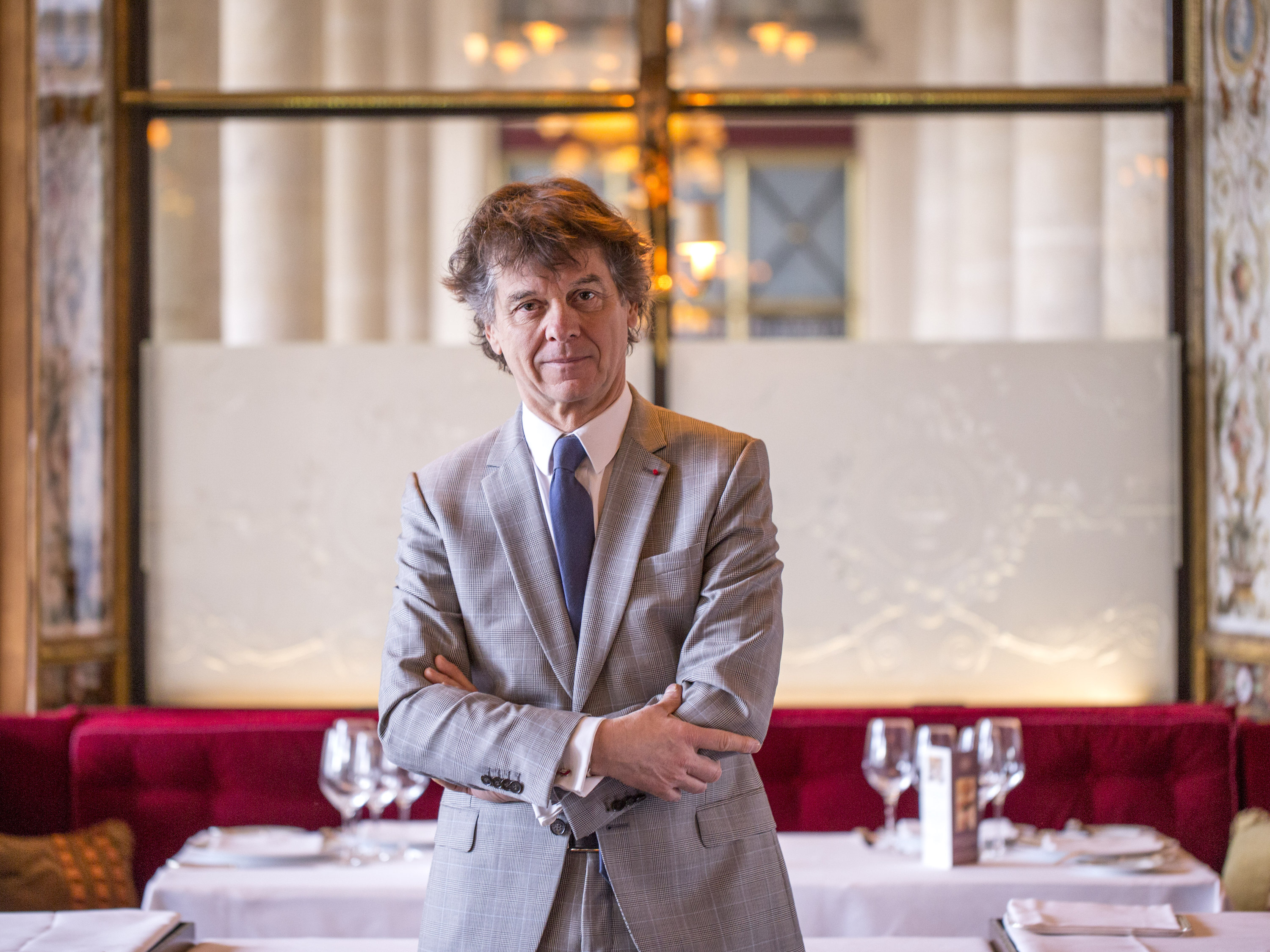 Guy Martin, who became a pizza chef to earn a living when he was around 19 years old, started to devote himself to the culinary arts from the moment he picked up Ali-Bab, a recipe book. He started his career as a cook at Château de Coudrée, and after helping this restaurant earn two Michelin stars he became head chef at Le Grand Véfour – a historical restaurant that dates to 1784 and counts Napoleon among its former visitors.
I would like to take an opportunity to introduce the philosophy of the great chef who received the Legion of Honour, France’s highest order of award. 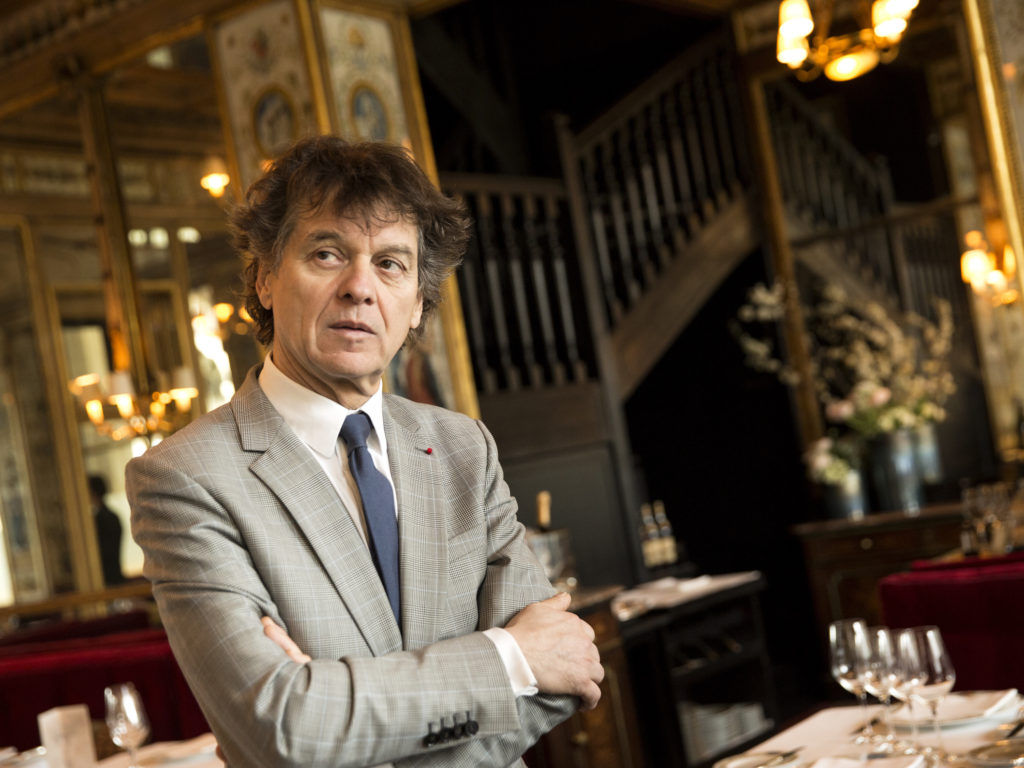 I was not going to be a chef. I was standing when I realized.

Nice meeting you. I heard that the first time you handled food was when you were 19 years old and became a pizza chef.

Guy Martin:
Yes. I was raised in a mountain neighborhood called Savoie, so I was always interested in mountain guides, pop music, and guitars.

While doing those activities, I was as a pizzaiolo (pizza-baking craftsman) to pay my way.

Mr. Guy Martin:
Yes. I was not particularly interested in baking pizza or cooking, so it was simply to earn money. It was not like I was training as a pizzaiolo.

After that, how did you become a chef?

Mr. Guy Martin:
I was not originally going to be a chef at all. But in France we needed to get a Baccalauréat*
to enter an institution of higher education, so I was always reading three or four books simultaneously to prepare.

Then I encountered a recipe book called Ali-Bab, and I was devoted to it. I suddenly started to think it might be good to become a chef, and started trying the 5,000 recipes in the book. I often went to restaurants and grew up with an excellent cook for a mother, so it was easy t became familiar with cooking.

*Baccalauréat: Exam system used in France to verify the completion of secondary education, which is needed to enter college

You even got the Baccalauréat! Do you think it was necessary to study using books to enter the field of culinary arts?

Mr. Guy Martin:
No. In my case, I didn’t plan on becoming a chef in the first place, so it was completely just an accident. That experience of intense studying helps me even now, though the process is different for each person. There are many people who became chefs after having helped the family with cooking since they were eight or ten. 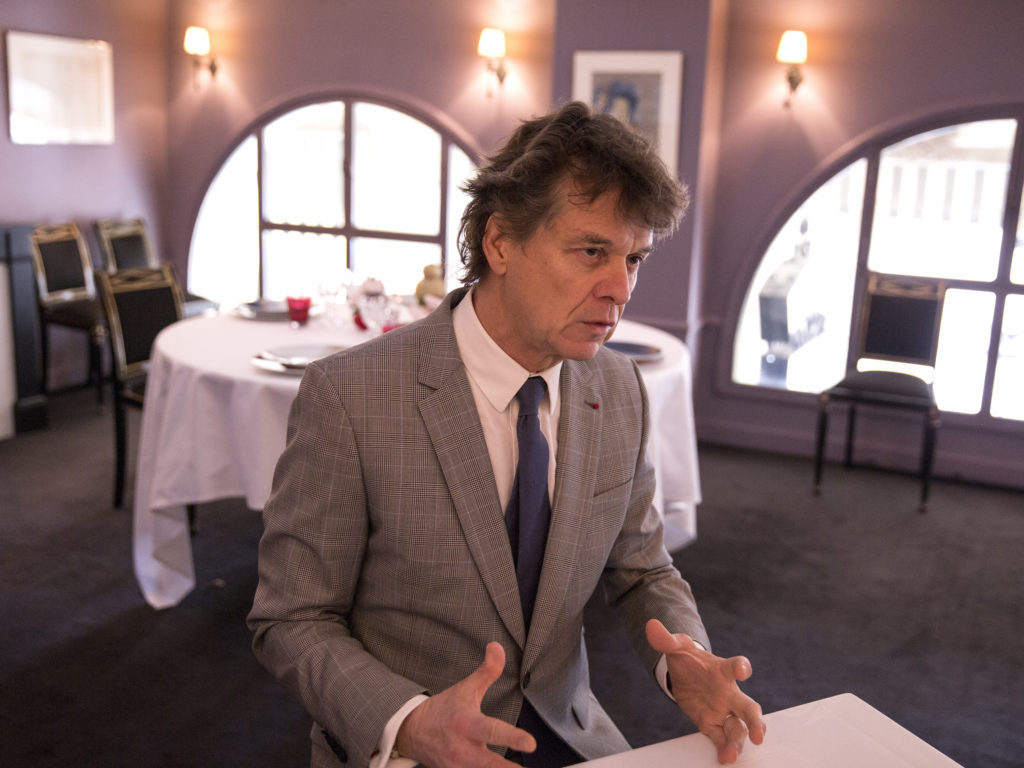 You have succeeded a historical restaurant which has been in operation for more than 200 years, have experienced receiving three Michelin stars, and have been chosen as one of the seven most valuable chefs in the world. I certainly think you are a Gran Chef.

Do you think that you are a Gran Chef?

Mr. Guy Martin:
I have never thought about it. Indeed I belong to communities related to that kind of thing and there are times that people evaluate me as such, but I cannot answer that question.
Because if I ask myself that question, I would never be able to get to the answer. Whether I am a Gran Chef or not is an eternal question for me.

I see. Then if you are reborn, would you want to be a chef again?

Mr. Guy Martin:
Well, it is a tough question. I have never experienced other jobs, so I wouldn’t know what to expect if I do a different job.

But one thing that is sure is that this job of “chef” that I have now has given me everything.
I was given opportunities to go to Europe and other countries around the world through this job, and I have many important friends and peers.

And I believe that the job of a chef is a rare one. I mean there is no other job that “converts” something.

Mr. Guy Martin:
Chefs convert substances called ingredients into food. Appearances and aromas are all changed until they are totally different from the original materials. Think about it. Don’t you think there is no other such job like this? I am proud of it.

I guess you would become a chef again if you are reborn!

If so, would you want to cook at Le Grand Véfour?

Mr. Guy Martin:
To me, Le Grand Véfour is a dream restaurant.

There are many famous people who have left their legacy to its history. Many have also visited, including Maria Callas the soprano, Napoleon, artist Jean Cocteau, novelist Colette, the philosopher Sartre, and so on.

Mr. Guy Martin:
They really came to this restaurant and had meals here. More than 200 years ago, Napoleon and his wife Joséphine had dinner here.

Chairs that historical figures have sat at have their names printed on them, and guests can dine sitting on those chairs. It’s hard to find such restaurant no matter how hard you look.
To be able to serve meals at that kind of restaurant is like a dream come true, and such an honor. 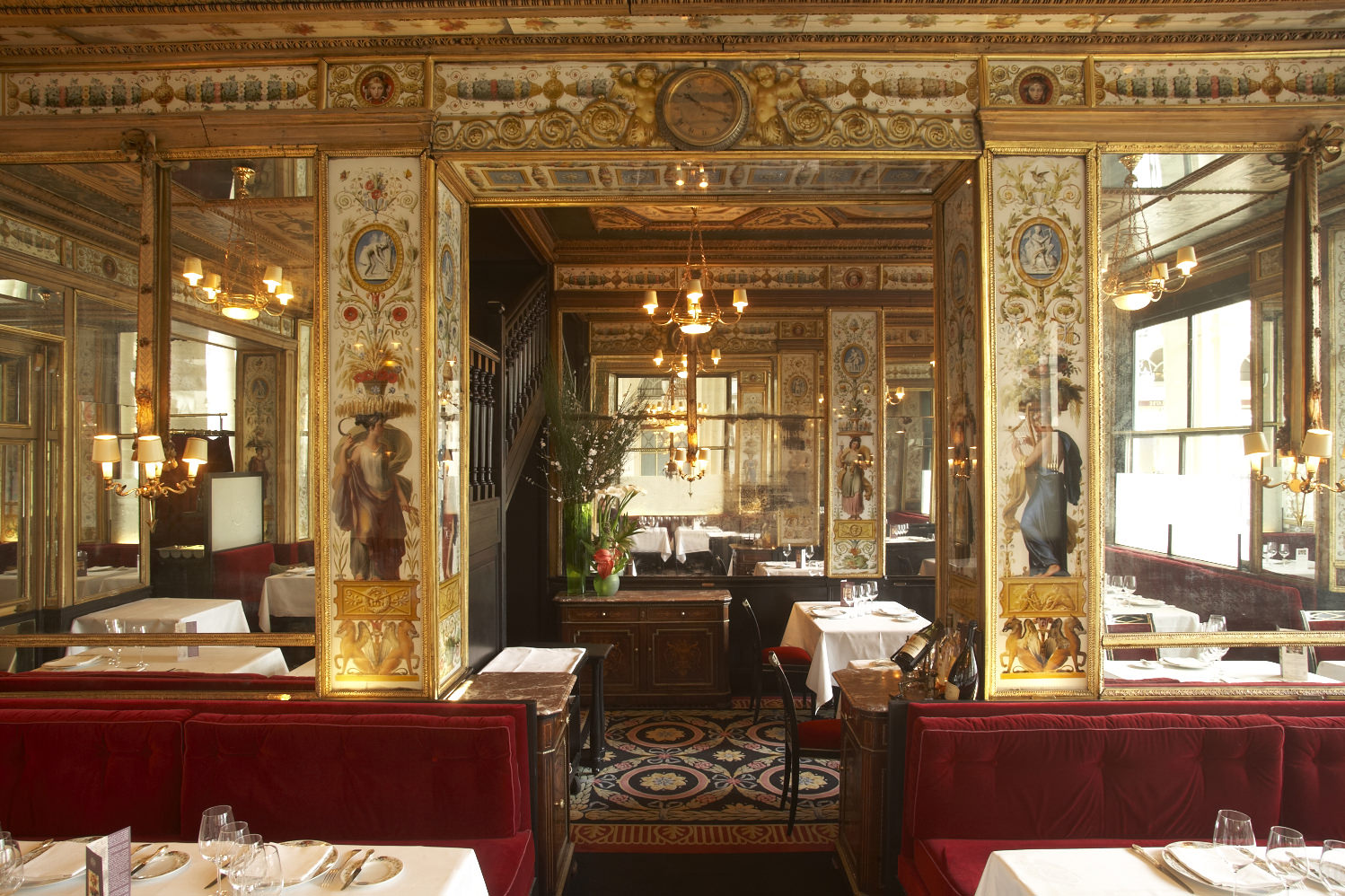