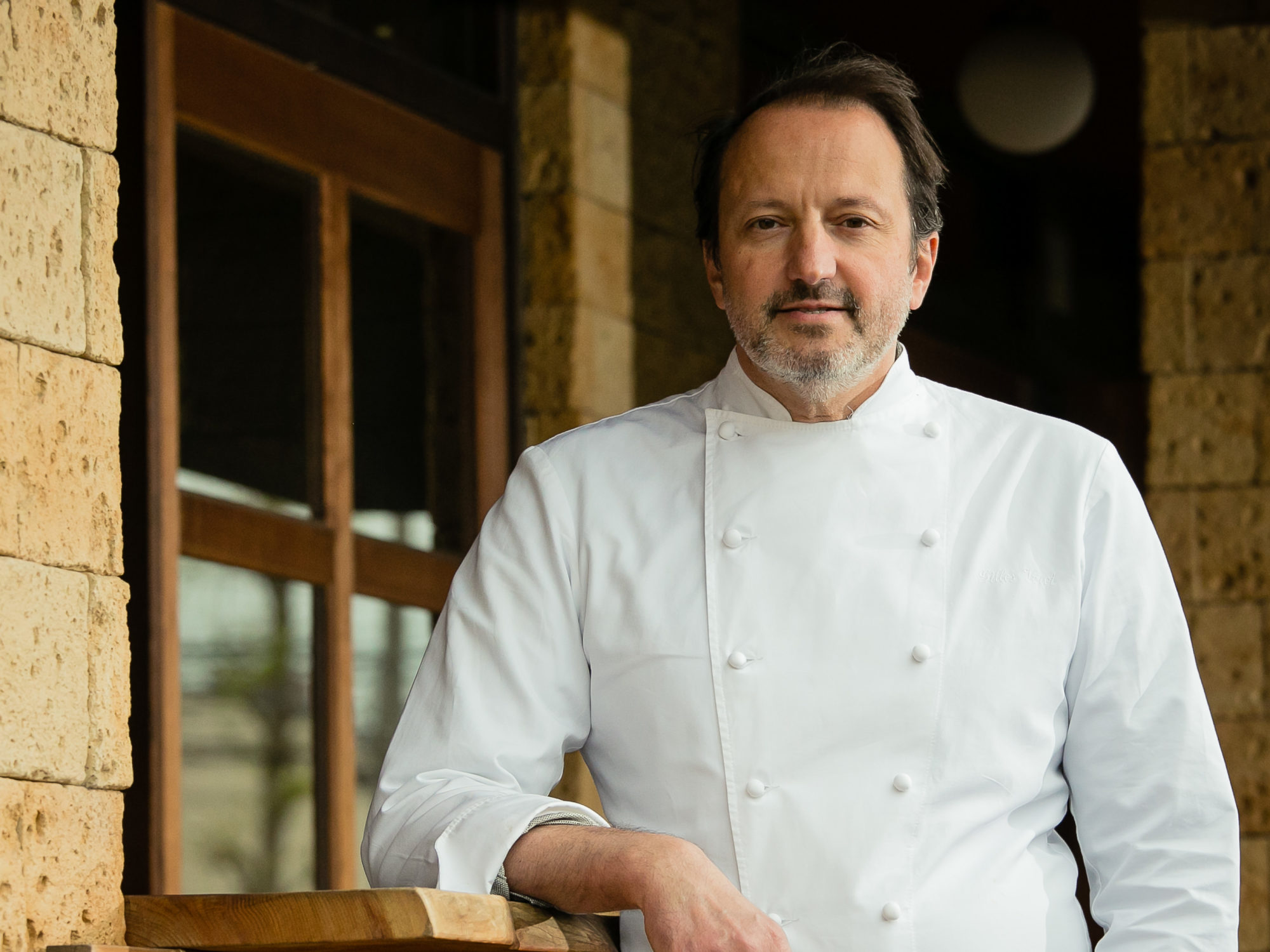 In the 6th and 15th districts of Paris, France, Mr. Gilles Verot runs Maison Verot, a charcuterie (a name for general prepared meat products and the stores that sell them). His grandfather founded it in 1930 in Lyon, and his father is also a charcutier. Mr. Gilles Verot was born into this successive lineage of charcutier and his work, considered the best in Paris, has received many awards.
Chef Kusuda of Metzgerei Kusuda, located in Ashiya, Hyogo, is one of the many charcutier who was trained by Mr. Verot.
Today, as a special occasion, we had an opportunity to ask Mr. Kusuda of Metzgerei Kusuda and Mr. Gilles Verot, who was visiting Japan, about their thoughts regarding charcuterie and their dreams for the future. 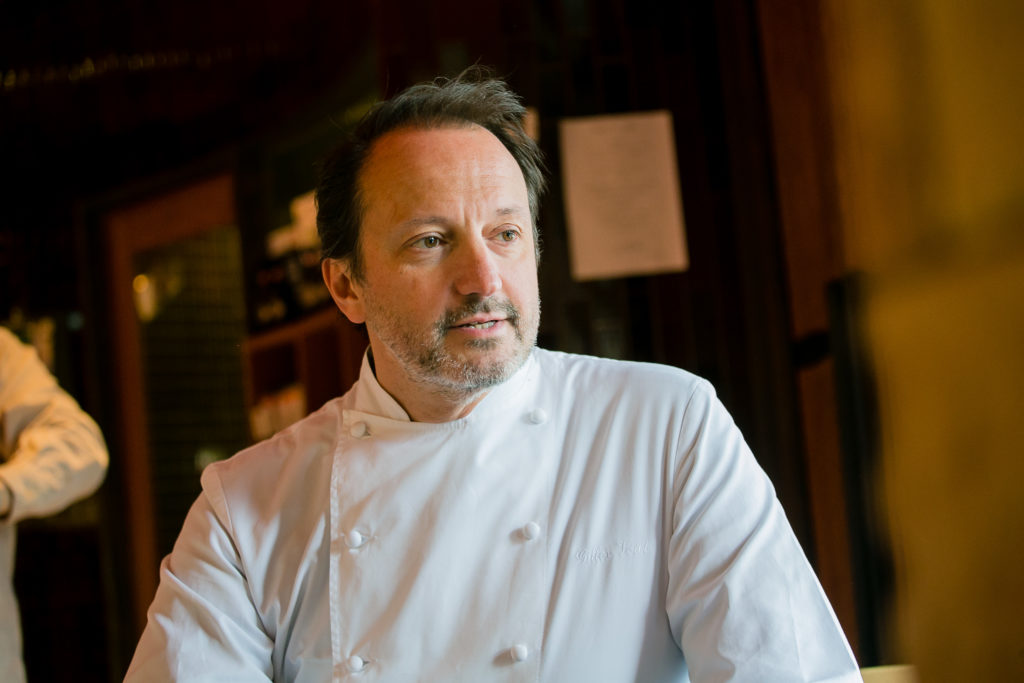 What is charcuterie? Is it traditional French food culture?

I don’t think that French food culture, charcuterie, and the job of charcutier are very common in Japan; could you briefly explain what they are?

Mr. Gilles Verot：
“Charcuterie” means general prepared meat products. In Japan, ham and sausages are consumed, right? Other than those, there are pâté and terrine, but most are made with pork ingredients, or sometimes duck and other game. By using these ingredients, various ways to produce charcuterie have been developed over time, such as salting, drying, and smoking.

Those that pass the rules of the “charcuterie directory,” which is published by the affiliated organizations of the French Ministry of Agriculture, are considered French charcuterie.
Specialty stores that sell these products are also called charcuterie.
There is at least one charcuterie in every small town or village in France.

We call artisans with food processing techniques charcutier. In France, “charcutier” has been recognized as a job by the state since the medieval period, and has continued throughout the history of French culture.

Mr. Kusuda:
Unlike high-class maison, charcuterie has its food culture roots in ordinary people and their various local flavors, nurtured by traditions. It is easier to think of it as a deli that housewives visit to buy their daily food.

So charcutier are artisans who have passed down the traditional meat processing techniques through the ages.
What made you become a charcutier?

Mr. Gilles Verot：
Actually, my grandfather and father were also charcutiers, so I was born and raised to be one. My grandfather started in Lyon in 1930 and my father took over after him, so I am the third generation. I grew up in an environment that was deeply involved in the culture of charcuterie. By the age of 10, I had decided to become a charcutier. I had never thought of doing another job. Since I was little, I had helped in the store, and it was common for me to assist during vacation seasons during summer or Christmas. It gave me a strong passion to take over the tradition that was passed down in my family.

Mr. Gilles Verot：
I was 17 years old when I entered this field. I had been thinking about studying charcuterie as soon as possible instead of continuing schooling, so I did not even think of entering university.
To become a charcutier, I entered college to study technical knowledge, with the rest of my training being on the job.
During training, I did not work at my father’s place. I trained for two years at a shop called Maison Reynon in Lyon, run by Mr. Lenon. My father thought it best to go “train outside,” as it is difficult to teach family members. I think his ideas were correct.
After that, I trained in Paris for one year. That shop was run by the parents of my wife, Catherine. I met her when she was a student and we married later. 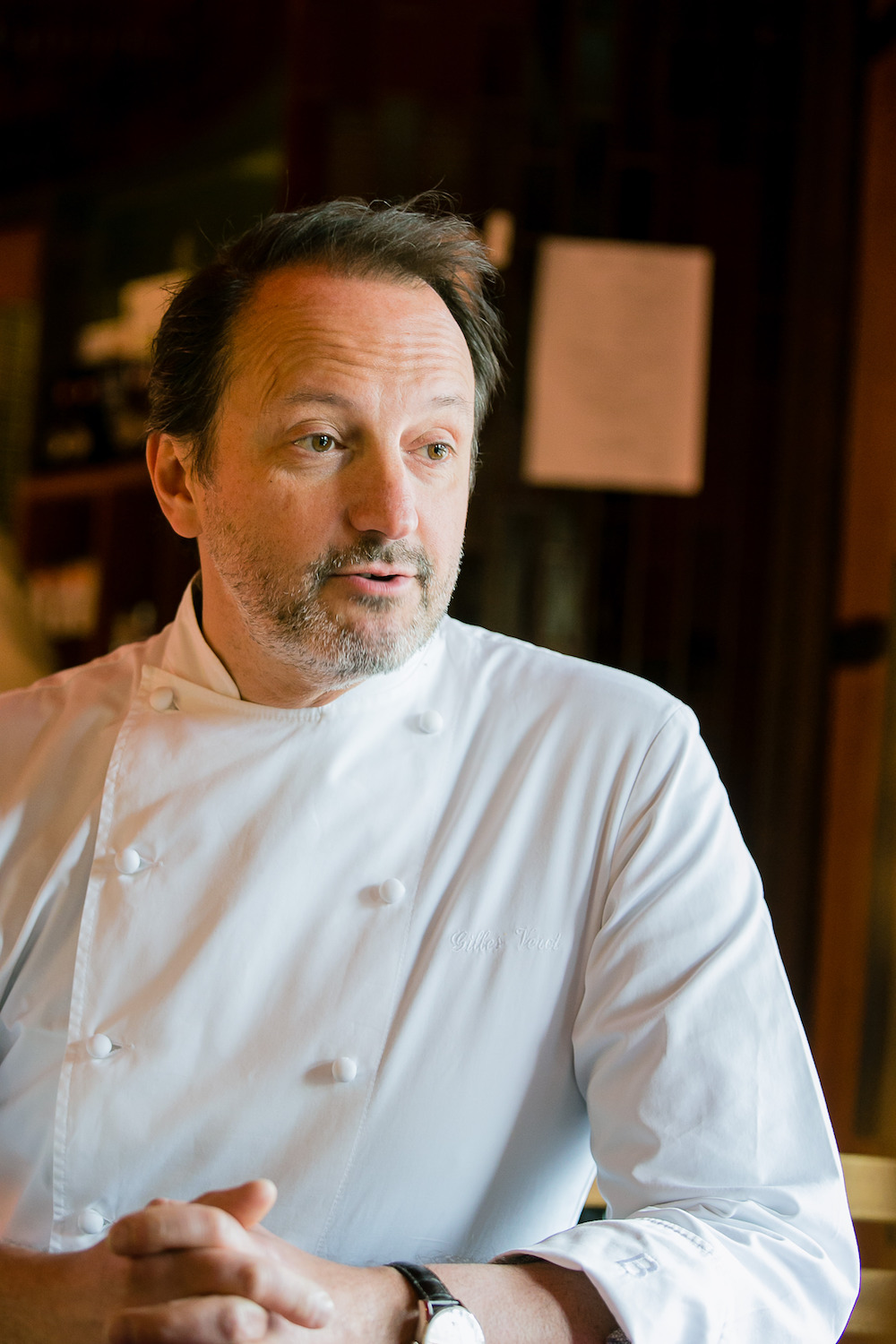 Traditions and ideas full of local flavors and customs, passed down and protected.

So there was even a romantic meeting during your training period! Was the training different depending on the shop?

Mr. Gilles Verot：
Basically, charcuterie is a way to utilize the whole pig using various techniques. They utilize local seasonings and herbs to help during storage, too. The tradition and ideas of the recipe of a particular area are passed down from generation to generation. So there is no set recipe, but rather an evolving idea.

Lyon is a big town, and customers have different tastes depending on the area, so my family’s products and the products where I trained are very different. Charcuterie in Lyon and in Paris are totally different, so I was able to learn different techniques at each place. I studied different styles and traditions, which deepened my experience.

So there were differing styles in each area. What did you do after training in Paris?

Mr. Gilles Verot：
I was 23 years old when I went back to my father’s place in Lyon after training in Paris, and I worked with him until the age of 25. I had a responsibility to take over the shop in the future, so I was thinking about how I could utilize my experience to make the business better.
However, Lyon was developed around industry and coal, and many factories had closed. It had become less energetic. That’s why I started to think about opening my own shop in Paris.

When I was 25, after marrying Catherine, I decided to return to her parents’ shop in Paris, Maison Leautey, and continue my work there. My wife was still a student, but we had the same dream: to have our own shop. While looking for a place in Paris to open one, I continued to gain experience for another six years.

I see. While you were preparing to open your own place, you continued training at your wife’s parents’ shop.
When did you start your own?

Mr. Gilles Verot：
I was 30 years old when we opened our first shop, in 1997. In France, you need a trade license called fonds de commerce, and it was difficult to obtain. We had been pursuing it for a long time without success. Then we met a man who was managing an historic shop that had been in operation for 200 years.

He was retiring due to his age, and I was able to buy it from him.
In France, you need to buy a trade license to own shops such as bakeries and restaurants that have been in operation for a long time and start a new business. It is a very difficult situation. You cannot start a shop as you like, anywhere you want. By buying trade rights, it is possible to keep the shop’s customers, but customers in Paris are very fussy and can disappear quickly if the taste is not good.

There are many difficult rules when it comes to operating a shop. Were there any problems after you opened?

Mr. Gilles Verot：
Back then, my name was not known at all, so the toughest part was to gain trust from the customers and having them get to know me. I had learnt many techniques by the time I opened my shop at the age of 30, but I think there was a lot to learn from the customers, as well.

I focused on sensing what the customers wanted through direct communication, and then responding to their requests as quickly as possible.
In 1997, the year we opened in Paris, I won a gold prize for our fromage de tête (pork head with jelly).

This specialty won another gold award the following year.
In 2011, I won an award for pâté en croute. Another one of our specialties is “pâté Grandmère”, created by my father to celebrate Catherine giving birth to our first child, Nicola. So it was quite memorable.

Another tough thing was not only skills as an artisan, but the difficulties of management.
In order to expand the shop, I had to hire some employees and improve my skills as a manager.
I started the shop with just my wife, but it grew to a team of 25 in six years.
Now, we have three shops and factories with a total of 50 employees. 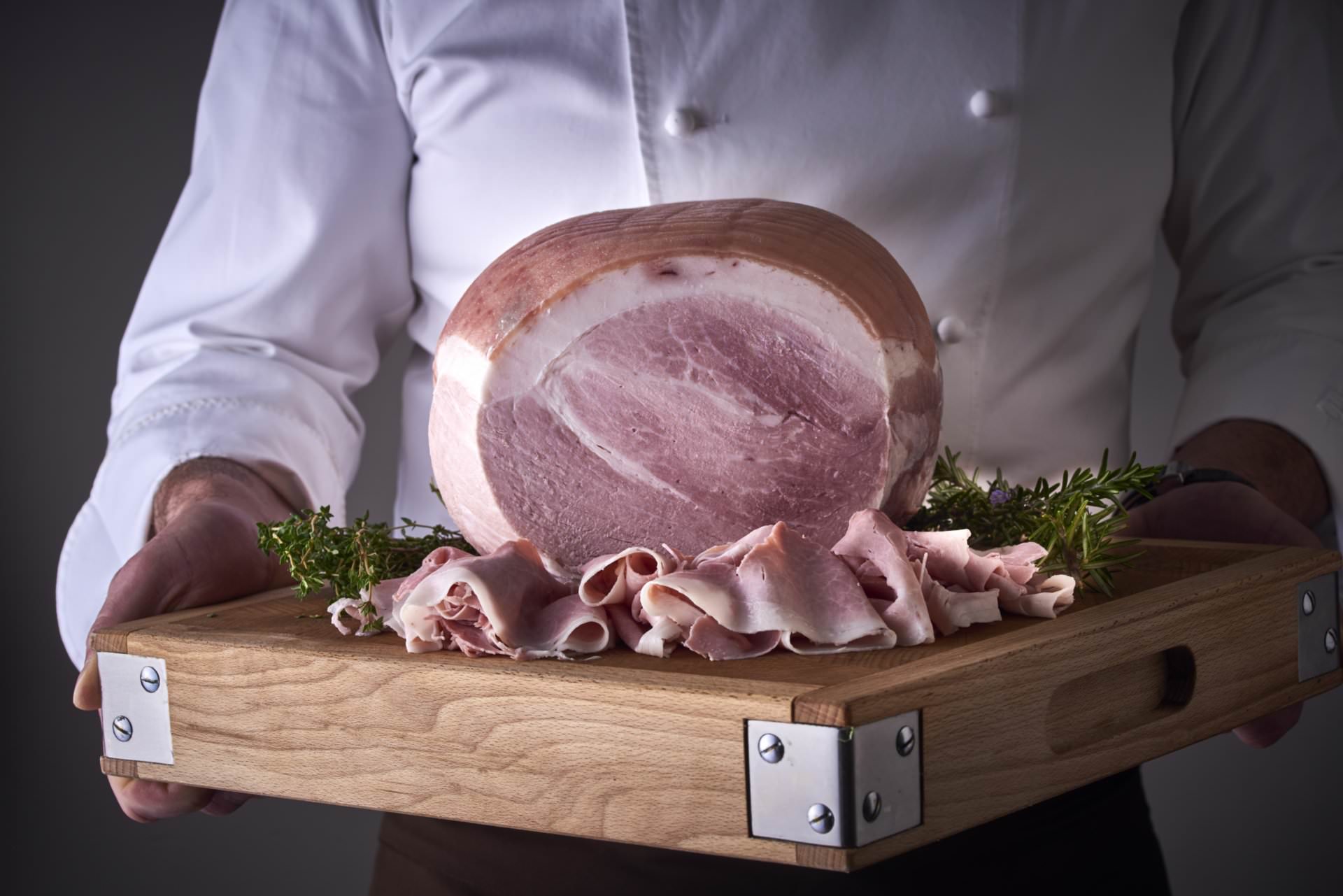