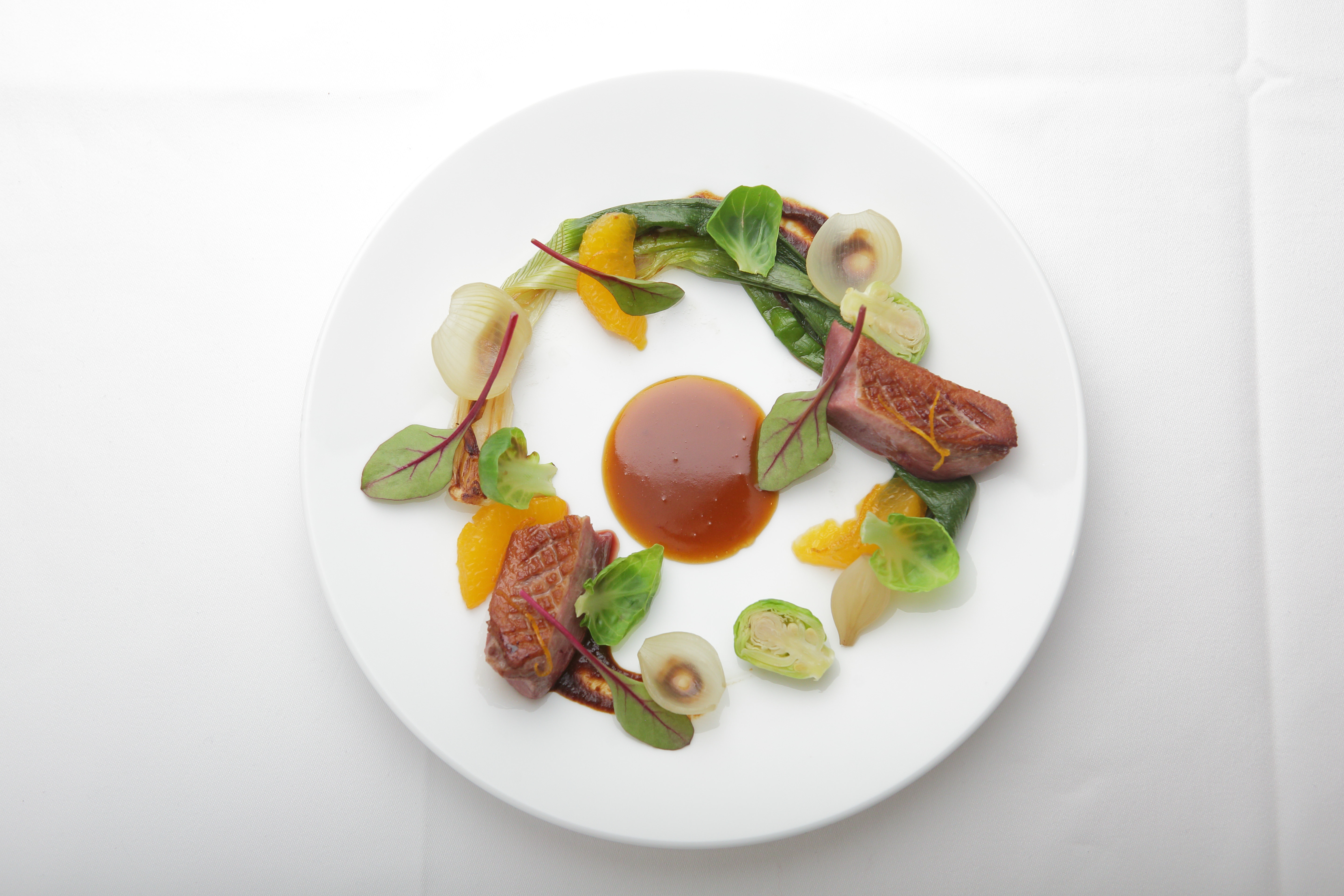 Participation in the contest, which ignited his passion for cooking. Becoming so devoted to cooking that he practically “lived in the hotel”

So many of the surprising combinations of ingredients and delicate decorations that Mr. Fujimoto is known for were actually learned from books. How did you rise up to a sous-chef after that?

Mr. Fujimoto:
At the time, I did not even consider becoming independent and was completely satisfied with working at the hotel. Around age 25 I was promoted, and my work changed. There, when I started studying cooking more intensely, I was finally able to do a satisfactory amount of work. At that time, I by chance learned about the competition “Concours le Taittinger”, and applied without putting much thought into it.

And you won your first time!?

Mr. Fujimoto:
No, no, I lost during the first paperwork round. Now that I think about it, it’s no surprise, but I was very bitter at the time.

I got a vacation and went to watch the finals in Tokyo in one day. When I saw the winners get up on the podium and be awarded, I was moved, thinking, “this is just like sports!” I thought, “I want to be in this world!” That turned some kind of switch on and I would apply to competitions non-stop.

So your opportunity was losing a contest in the first round. Was there something you lacked for winning the competition?

Mr. Fujimoto:
Actually, there was. After I was taught by a hotel who often competed in that contest, I was able to realize many things I lacked. Not just cooking, but in fundamental parts I was still lacking.

For example, for the photograph, I used a digital camera and photographed myself, but those wanting to win hired professional cameramen. The preparation there was already so different.

So I started competing in many contests. Sometimes I would win, and sometimes I would lose in the finals during the cooking round to someone one year younger than me. I was determined even more, and I started reading many books then. I would go to the hotel and cook there for contests even during weekends, to the point where people would joke, saying “you live in the hotel”. But since I was doing it because I want to, it didn’t pain me at all. Once I realized, I was completely soaked in the cooking world with my body and soul. 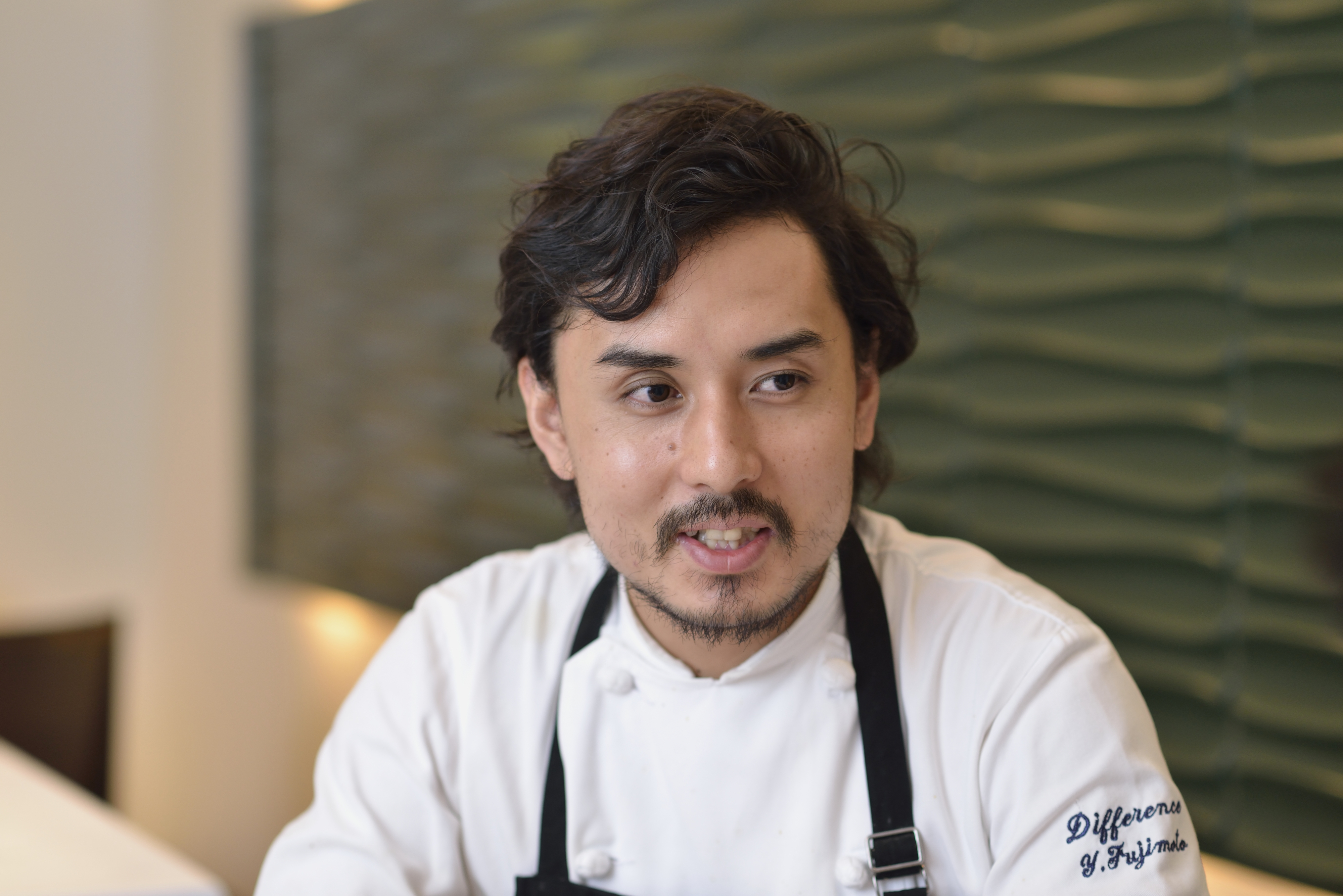 ■Washing dishes and learning at a restaurant in the city.

You were finally on the move.

Mr. Fujimoto:
That’s right. A lot of things happened, and I became a sous-chef at 29. I was actually starting to get too cocky at the time. At that time, I kept hearing that “it’s better at restaurants in the city”, so I started visiting and trying these places. Gradually, I started thinking, “I prefer this more”.

What is a major difference between hotels and restaurants in the city?

Mr. Fujimoto:
Hotels are sort of “normal”, in that though there aren’t bad plates, the service overall is standardized. That’s also its value. On the other hand, you have the freedom to explore and cook the way you want at restaurants in the city.

And then, though when I look back I was being really annoying, at 2 or 3 places that I really liked I would ask them to let me wash dishes and observe what was happening in the kitchen. I learned on site, with a great passion for wanting to know what was behind the scenes.

Then, I started thinking even more strongly, “I prefer this more”. I started cultivating a desire to run my own restaurant. The more stores I visited, I told myself, “this is possible, right?”, “let’s do it!”. 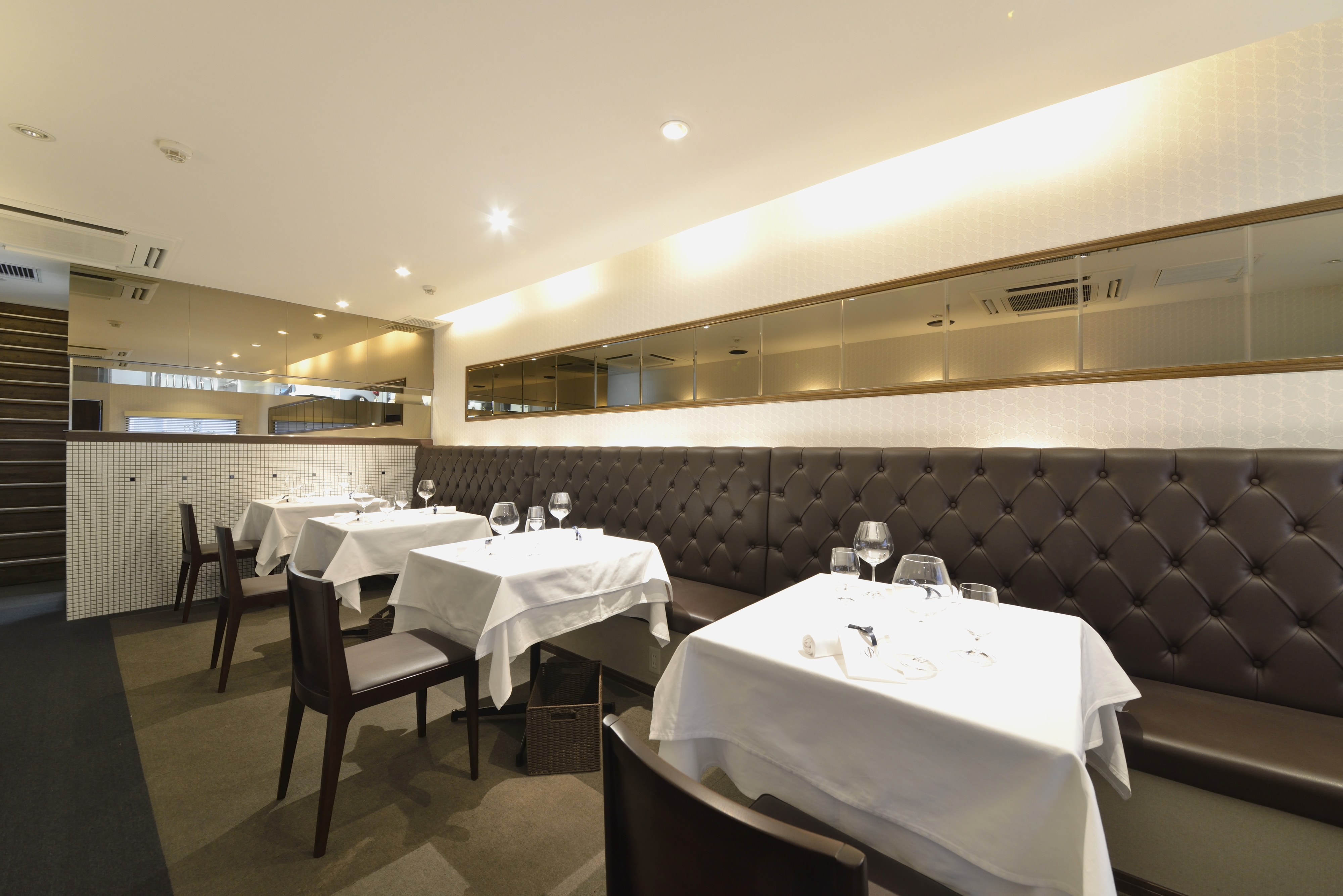