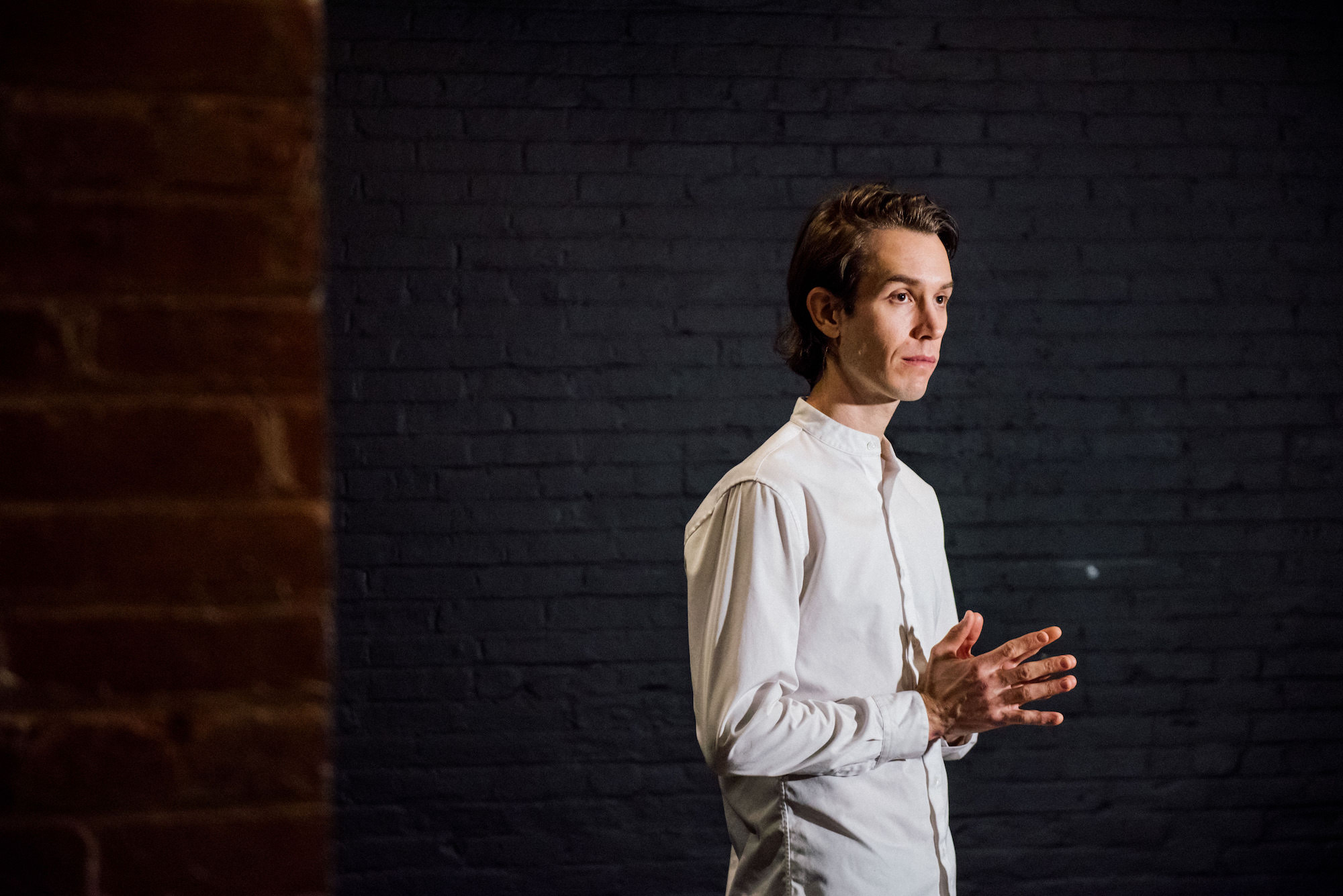 Chef Berselius previously ran Aska in a smaller location from 2012, which earned one Michelin star within its first year of opening. Berselius closed in 2014 to find a bigger space, and after extensive renovations of the new site, Aska opened again in 2016 and quickly received a two Michelin star rating. This is one of only nine restaurants in New York City to hold the honor, and one of two restaurants in Brooklyn. 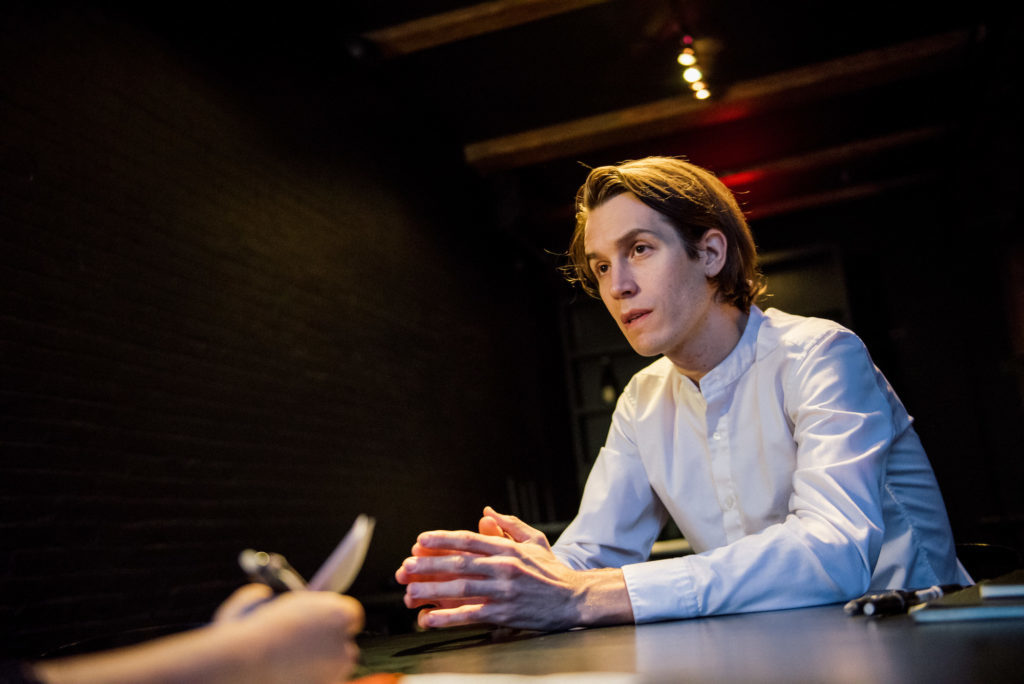 An unconventional journey into the culinary world

Tell me about your childhood memories in Sweden?

Berselius：
I was an active kid and I loved being outside spending time in nature, experiencing the changing seasons, each bringing something different with them. In the winter I loved to snowboard, and I remember being my happiest out on a snowy hillside with friends. In the warmer months, I would spend a lot of time at my grandfather’s summer house, and he would teach me about wild plants and foraging for herbs and berries in the forests. Those are some of my fondest memories of growing up.

Of course I also remember my mother’s home cooking. She made everything from preserved foods such as plum and berry jams or pickled elderberries, to traditional stews with meat and potatoes, or delicious Swedish style breads every weekend that would fill the house with the smell of fresh dough.

As a child, did you dream of becoming a chef?

Berselius：
I never thought that I might one day become a chef, as much as I loved food. As a teenager I wanted to become a professional snowboarder. I also studied economics, graphic design, and some architecture, but I didn’t have a strong sense of what I was going to do in the future.

How did you discover the chef’s world?

Berselius：
My older sister, Michaela, lived in London and I often visited her. She studied hospitality and worked at a hotel and had many chef friends. Whenever I visited her, I heard so many interesting stories about the world of gastronomy, and always found it fascinating.

During one visit, I was asked to help one of her chef friends in his kitchen for a couple of weeks. It was my first experience working in a professional kitchen and introduction to that world, and inspired me to train professionally as a chef. 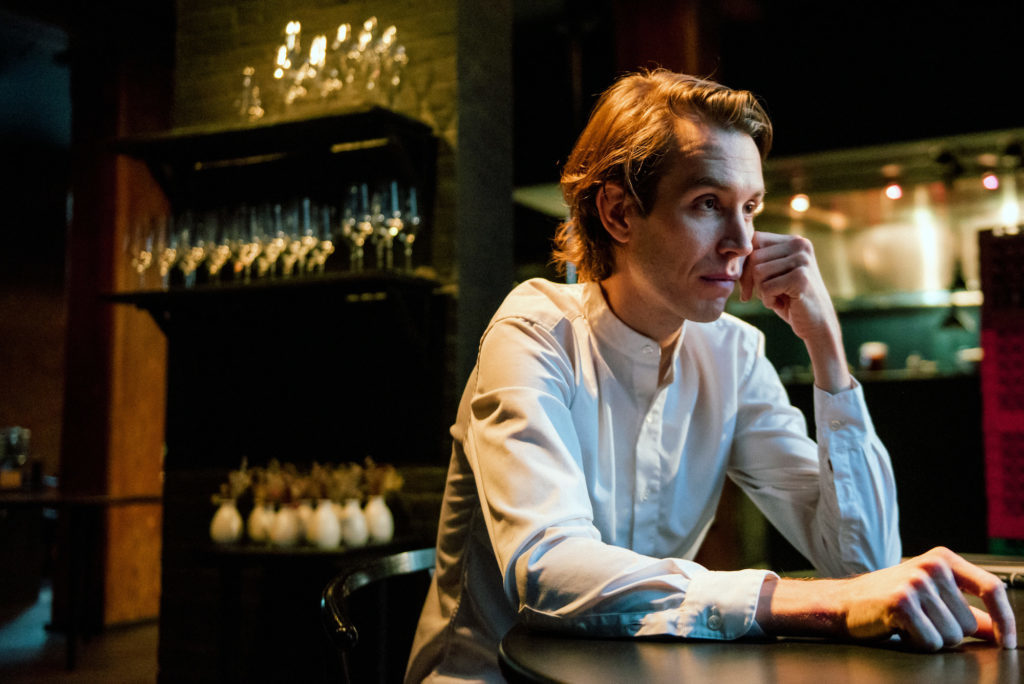 I visited New York and fell in love with the city.

When did you first come to New York?

Berselius：
I first visited New York as a teenager. The city has so much energy, diversity and amazing creativity, and I felt drawn to it immediately. iPhones did not exist yet and I walked around everywhere with a map, exploring the different areas, feeling inspired. I knew I had to plan my way back here to stay. So eventually I did.

What helped you start your own restaurant?

Berselius：
In 2011, along with a former chef colleague, we opened a restaurant called Frej that operated three days a week in a space we shared with a bar and café. It started with no press coverage and only the two of us cooking and serving all the food. But within a few weeks the word started to spread, and the New York Times and others wrote about us. Eventually the wait list grew very long and we couldn’t keep up with reservations.

In 2012, I launched Aska within the same space and we received a Michelin star after 11 months. I soon realized that I needed a proper space to grow and evolve, so I closed the first Aska in 2014 and started preparing for a new Aska in a bigger location.

By the way, what does Aska mean?

Berselius：
Aska is Swedish for ‘ashes’, and in Norse mythology Frej is the farmers god or god of harvest. It also means ‘seed’ in Swedish. In Norse mythology, Frej dies after being stabbed with a fire sword, and the whole world burns down with him. When I imagine the story, I picture a burnt forest covered with a black carpet of ash, waiting for a new world to emerge. Ash is beautiful, full of inner energy. So I named this restaurant Aska, inspired by Frej. 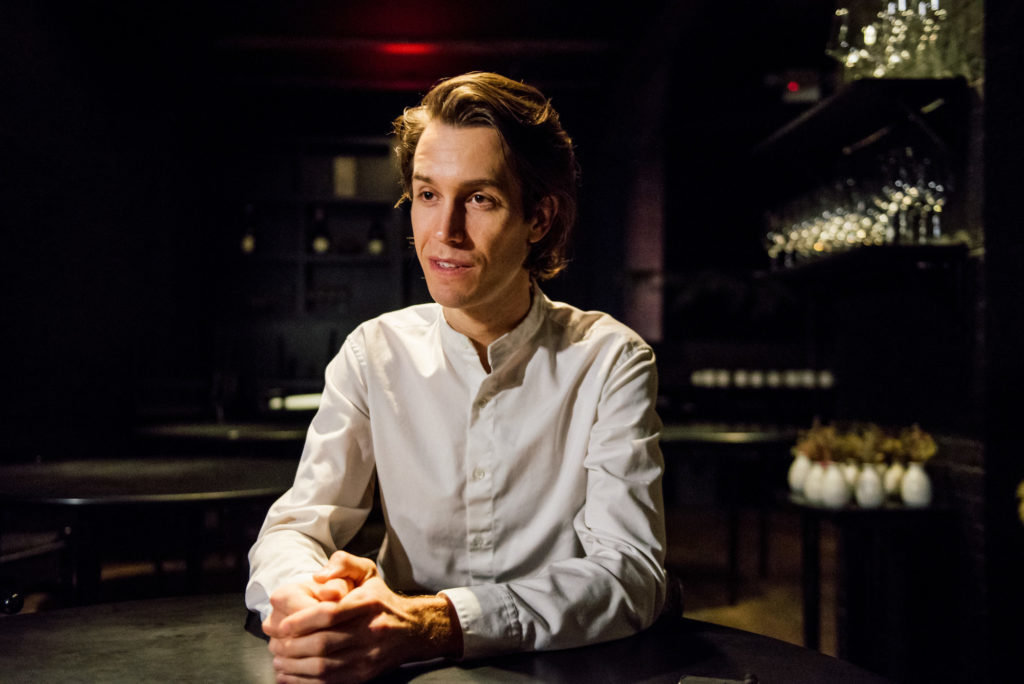 You finally opened the new Aska in 2016 and won two Michelin stars just four months later. Since then, you’ve maintained two stars for three years. How do you feel about this?

Berselius：
It is incredibly rewarding to me and all of us who work in the restaurant, and a reminder to continue doing our best every day and not take a moment for granted. I am honored to work in this industry and be acknowledged for what we do.

As well as the Michelin guides, you’ve received top ratings from prestigious media such as New York Times, Forbes, Eater and GQ Magazine. How can you achieve what no other restaurant can do, and what is your secret?

Berselius：
I’m always thinking about the restaurant whether I’m there working or not. We invest a lot of time seeking the best ingredients we can find through our relationships with farmers and producers in the region, or sometimes foraged ourselves in the wild. I love introducing guests to new flavors and ingredients they have maybe never tried before so it becomes a discovery for them. Yet I also present them with familiar flavors that might strike a special memory or tell a story.

Additionally, the dining experience beyond just the food is important for me. Creating a warm and inviting environment, focused on quality service and attention to detail, is essential to what we do. Every member of our staff should be on the same page, working towards the same goal, to create an exceptional experience.

How did you train your people to be on the same page?

Berselius：
Everyone is unique and we all have our strengths and weaknesses. I focus on  the strengths and how we are able to support each other, so we all succeed together. 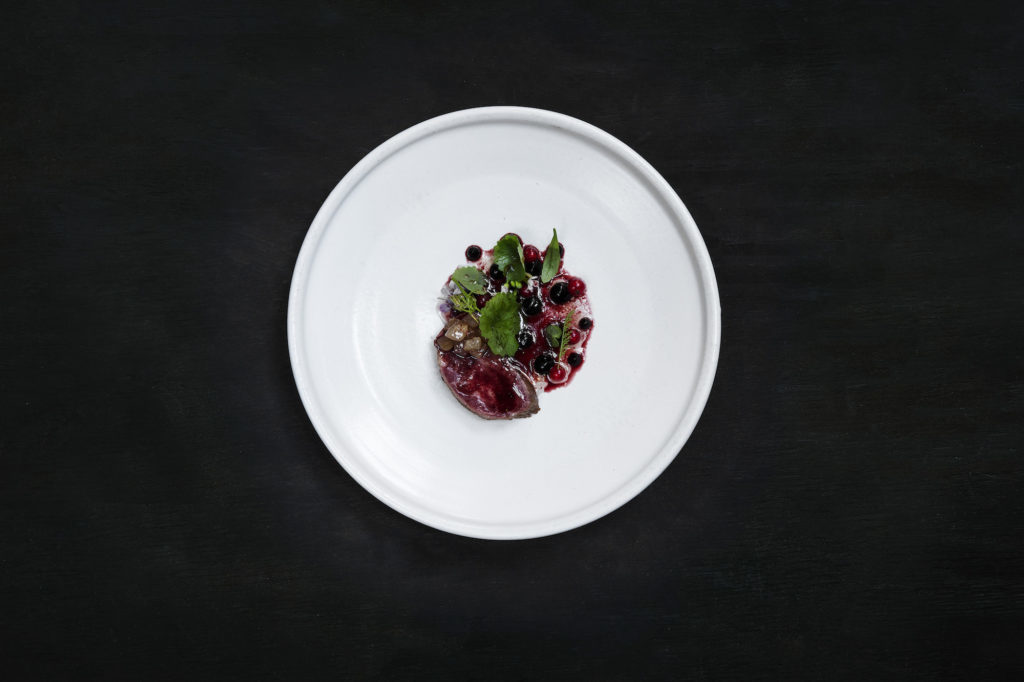 We work hard to find the best ingredients.

You just mentioned serving “the best ingredients”. Where do you procure them?

Berselius：
We are always seeking high quality ingredients and that can mean a lot of things – from flavor to freshness to where and how the ingredient was sourced. Personally, I like to incorporate many ingredients that I enjoyed growing up in Sweden, and that I have been able to source in the Northeast of the US. There are many similarities in climate and landscape here, producing flavors familiar to my childhood. Apart from local produce, sometimes we get Finnish caviar, game from the UK, and langoustines from Scotland or Norway. Thankfully New York is a treasure trove of great ingredients, and most of what we like to cook with can be procured here in our region.

Can you give advice to young chefs or those who want to try something new?

Berselius：
Follow your instincts. Be humble, remain focused and work hard to develop your skills and reach your goals. Success is a journey and it does not happen overnight. Take your time to do things well.

What are you looking forward to this year?

Berselius：
My cookbook, Aska, will be published this May with Phaidon. It covers the journey of opening Aska, the inspirations that shaped the restaurant and our menu, and of course a good number of recipes. As part of the promotion, I plan to go to Europe for a few weeks, starting in Sweden where everything began for me, so I am really looking forward to that. 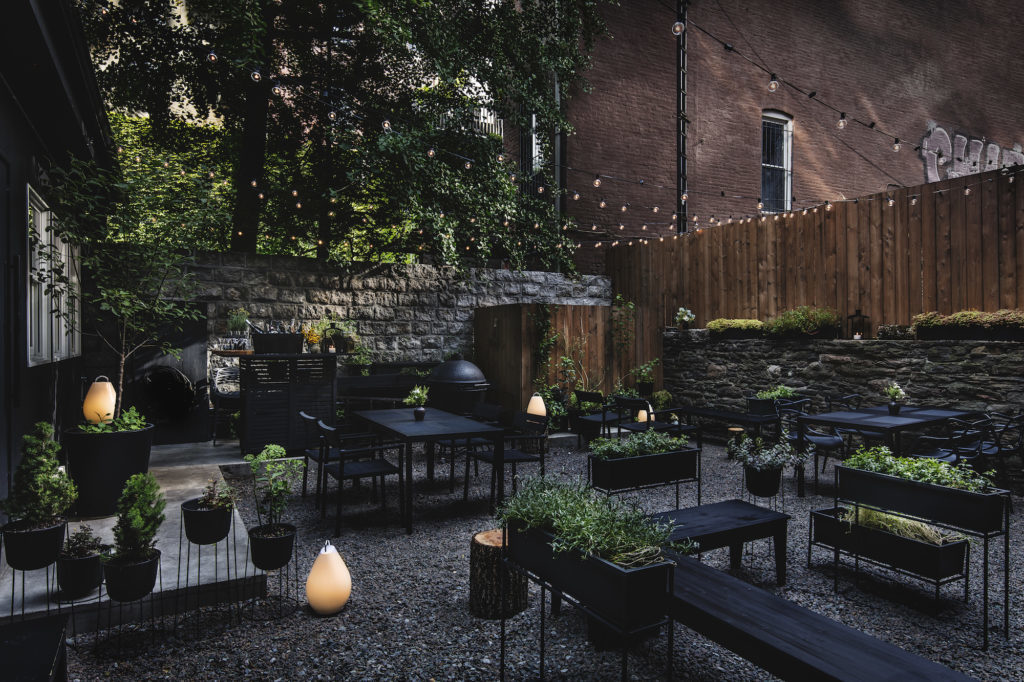 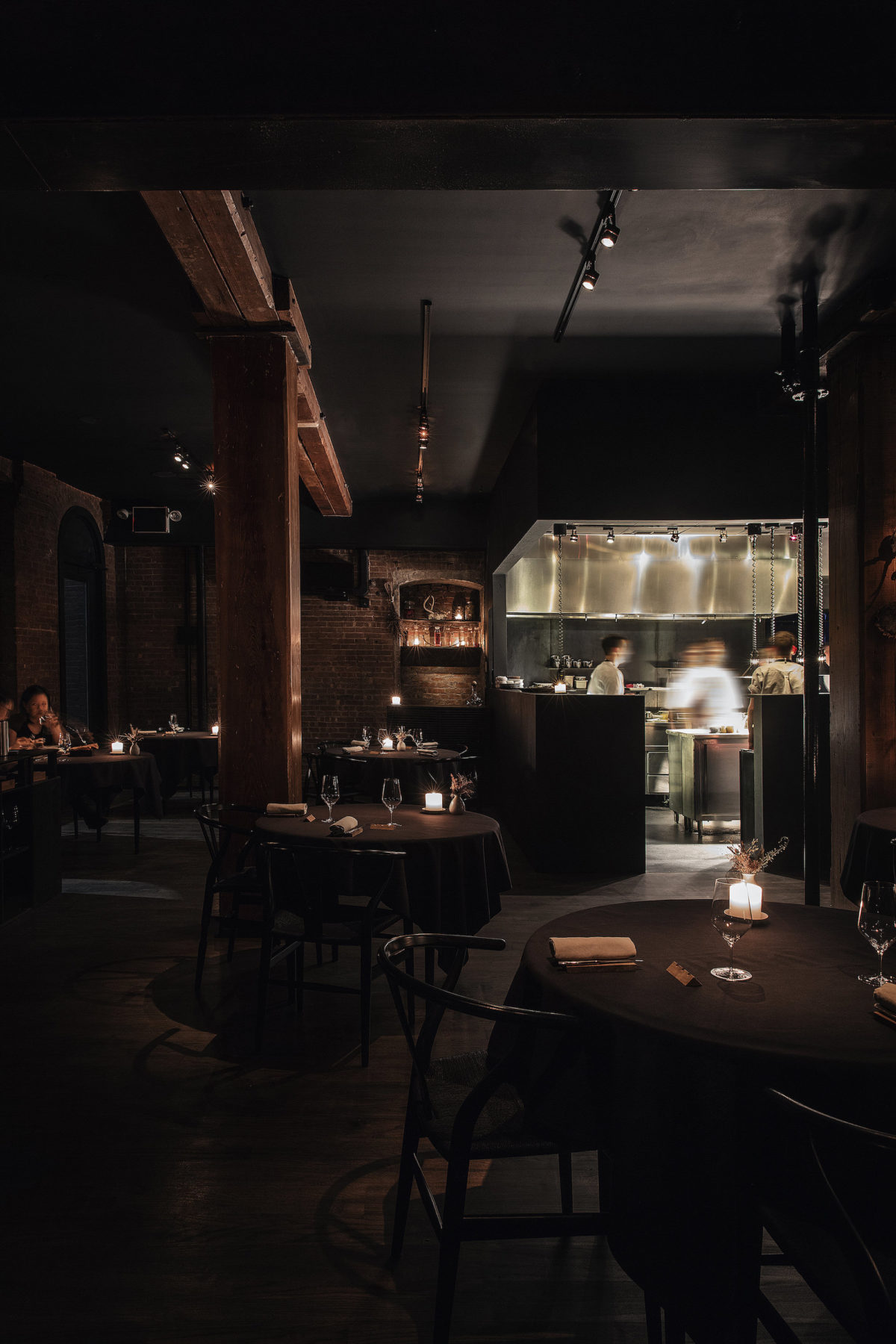 On the day of the interview, Fredrik was under a great deal of stress. Aska could not open due to water maintenance issues, and they had to cancel all reservations that day (not entirely unusual in New York, with its many old buildings). Even through these issues, Fredrik took his time for the interview, enjoyed the shoot (we really noticed his former modelling experience), and all went well for our part.

During the interview, he asked me: "In Japanese, Aska means ‘old era’, does it?" I said yes, and added that it is often used for names as well. Fredrik revealed that he has an appreciation for traditional Japanese ceramics, wood craft, fabrics, printing and kimono. Of his two childhood best friends, one was half-Japanese and other was a Swede who was born and raised in Japan. I enjoyed my conversation with him. 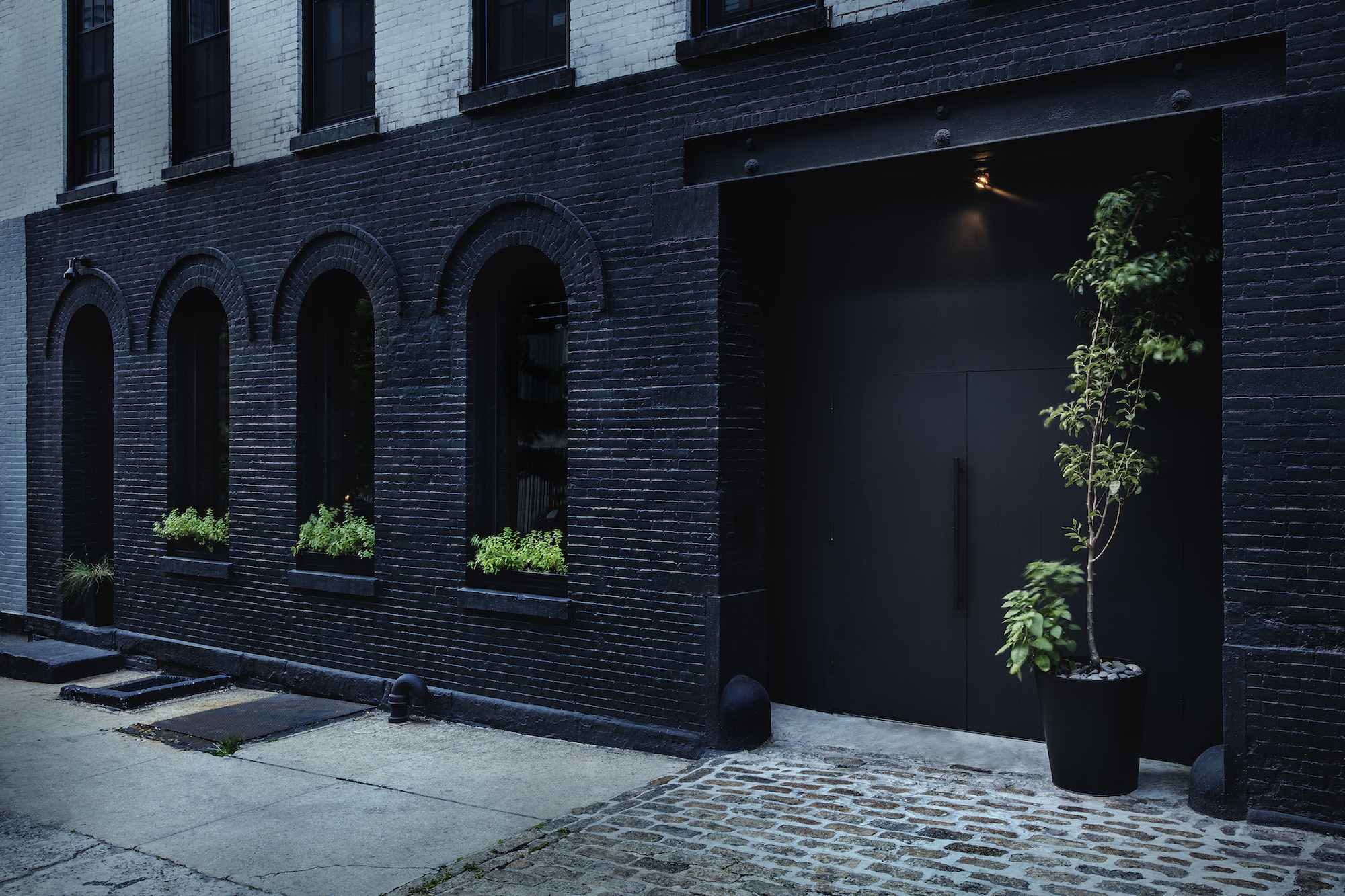