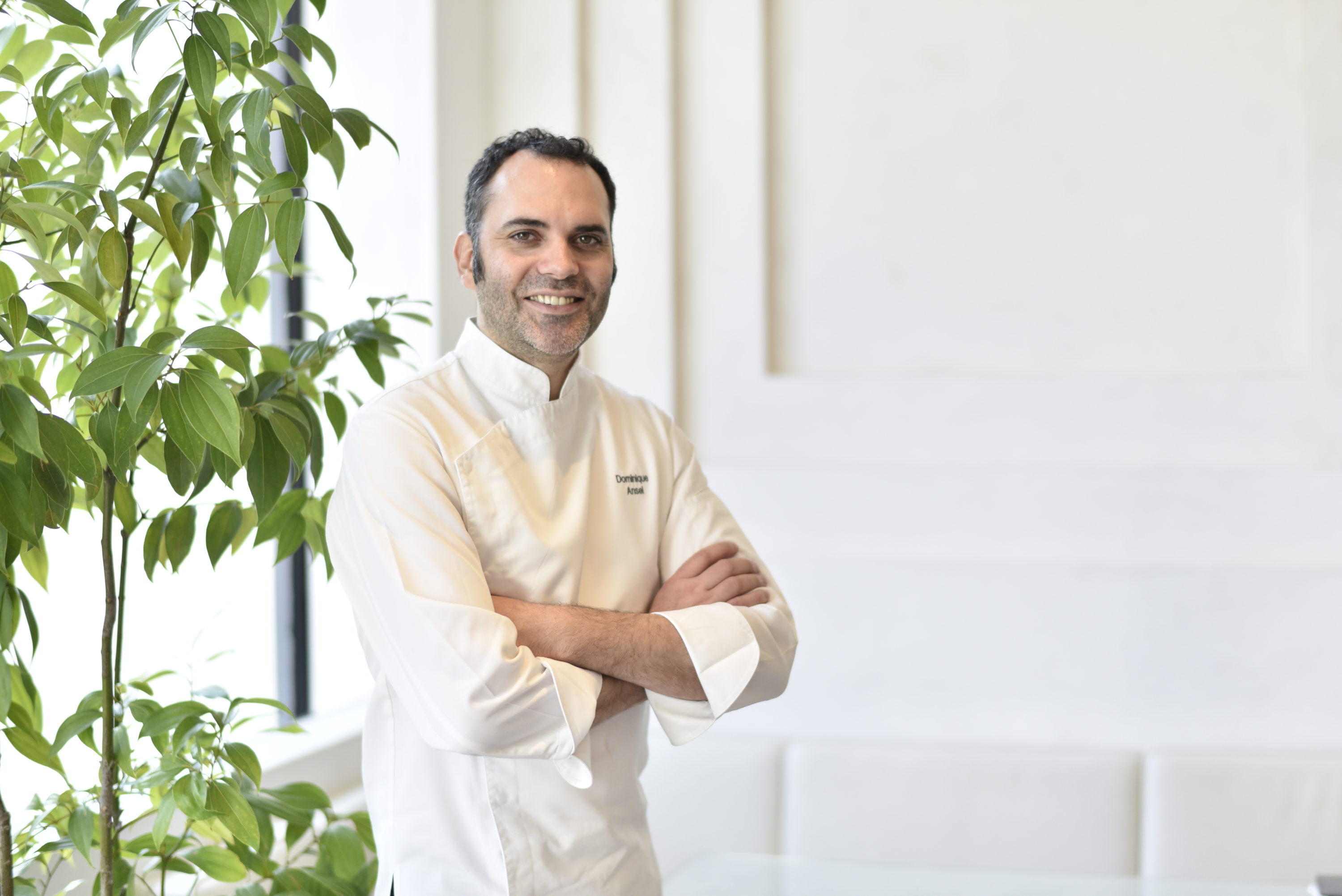 Dominique Ansel worked as an executive pastry chef for six years (the longest period in the restaurant`s history) at Daniel which won James Beard Best Restaurant Award. After that, he opened a bakery with only four staff members in SoHo, New York at the age of 33. In 2013, he created "Cronut ®", a pastry which is a combination of croissant and donut put together and this has been popular all over the world.
I interviewed Mr. Dominique Ansel who won The World`s Best Pastry Chef in 2017 at the youngest age. 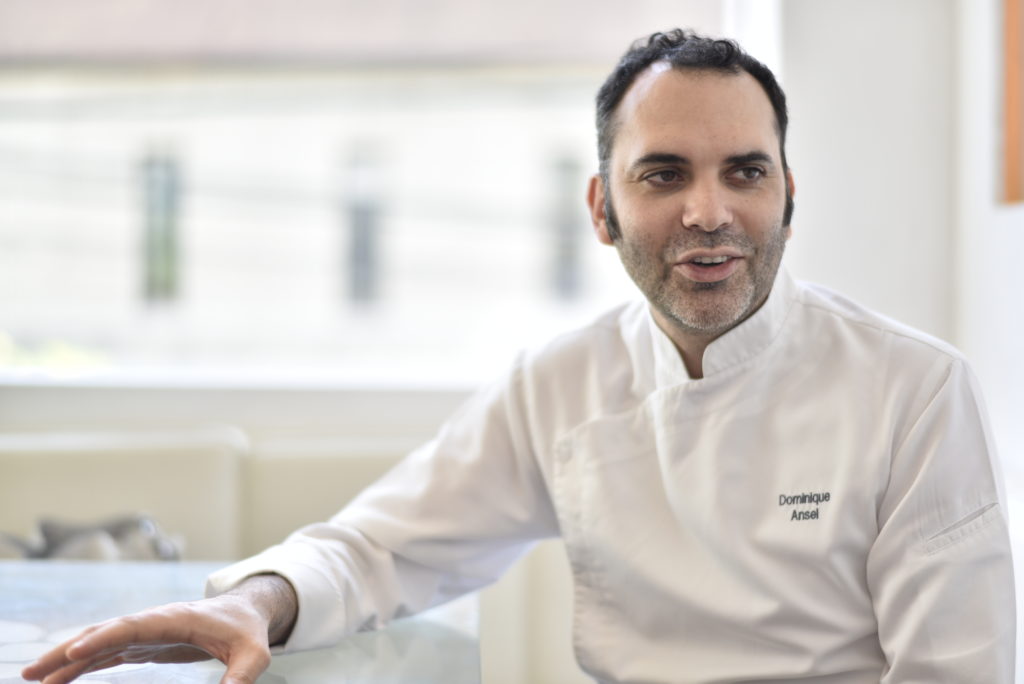 Mr. Dominique:
Wow! You bought my book! In that recipe book, I wrote not only about how to make Cronut but also original sweets using very simple ingredients. That blue cover edition is the “British edition”. Unfortunately, there isn`t a Japanese edition published yet but if it is possible to have it translated and published, I would really like you to do that. (w)

※1「Cronut®」called「Cronut」 hereinafter
It is Dominique Ansel`s original combination which is like a croissant and donut mixed together. To pile up many sheets of croissant dough (secret recipe), it takes three days in the procedure.Pastries that rapidly became the subject on SNS all over the world

Only six years after he started his own shop.How did you feel when you won the world`s Best Pastry Chef in 2017 being the youngest of age?

Mr. Dominique:
I have worked hard to create sweets that could make everyone from all over the world happy but I truly did not think I would receive this award one day. I have never been able to produce this kind of outcome by myself.
I appreciate the support from my team in New York, Tokyo, London as well as our customers who give me a lot of encouragement and inspiration. 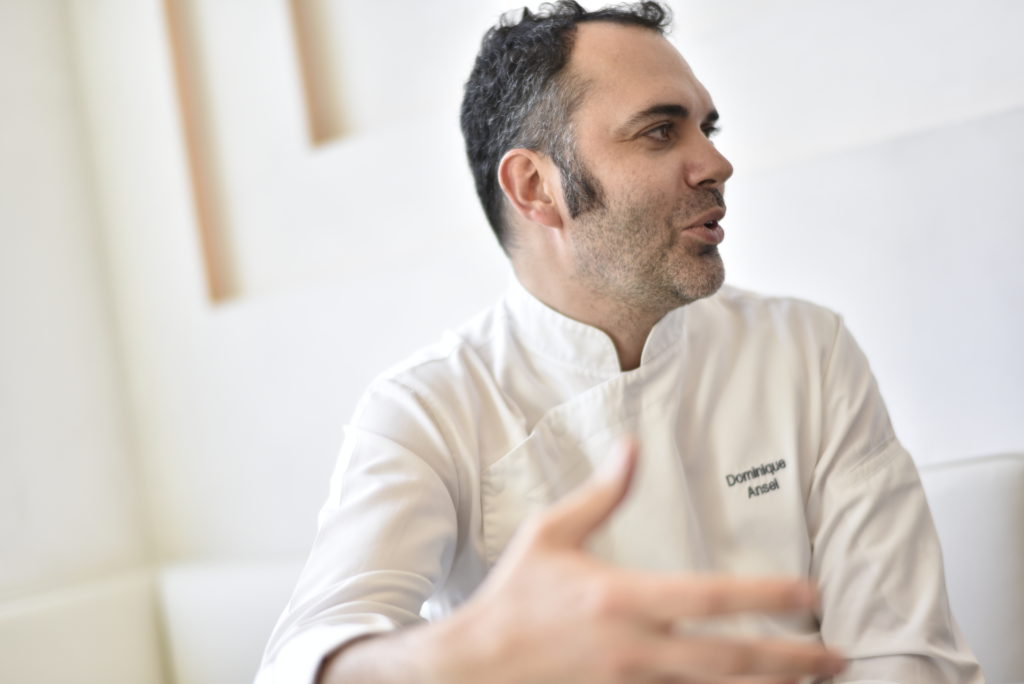 Why did you choose to be a pastry chef?

Mr. Dominique:
I have 4 brothers and my parents did not have enough money to raise us. In order to raise us, I needed to find a job.I found a job at a restaurant called “Cour et Jardin” in Beauvais in northern Paris. I had already begun working in a kitchen from when I was 16.At the same time, I started going to a small cooking class in town.My interests in becoming a pastry chef had become bigger and bigger as time went by.

So, it was the start of your career.

Mr. Dominique:
At that time, my daily work was cleaning toilets, mopping floors and doing the dishes constantly so I did not think I would like my job that much at that time. I did not believe that I would even continue this career in the future.
The restaurant owner changed two years ago. He worked as a sous chef in a restaurant which earned Michelin stars in France, and was very enthusiastic. He taught me skills as a pastry chef as well as loving your own job. I think I started liking my job after that. 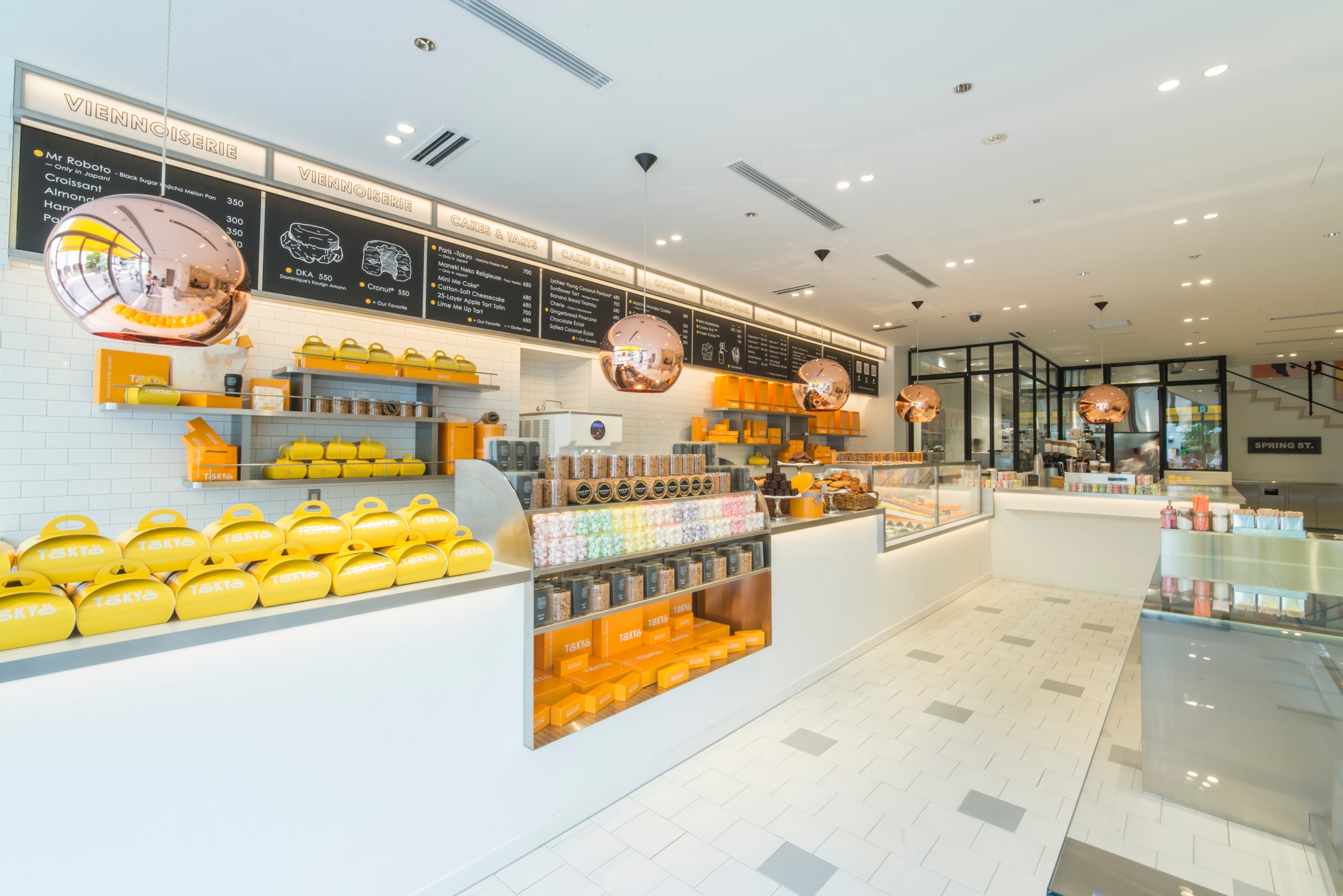