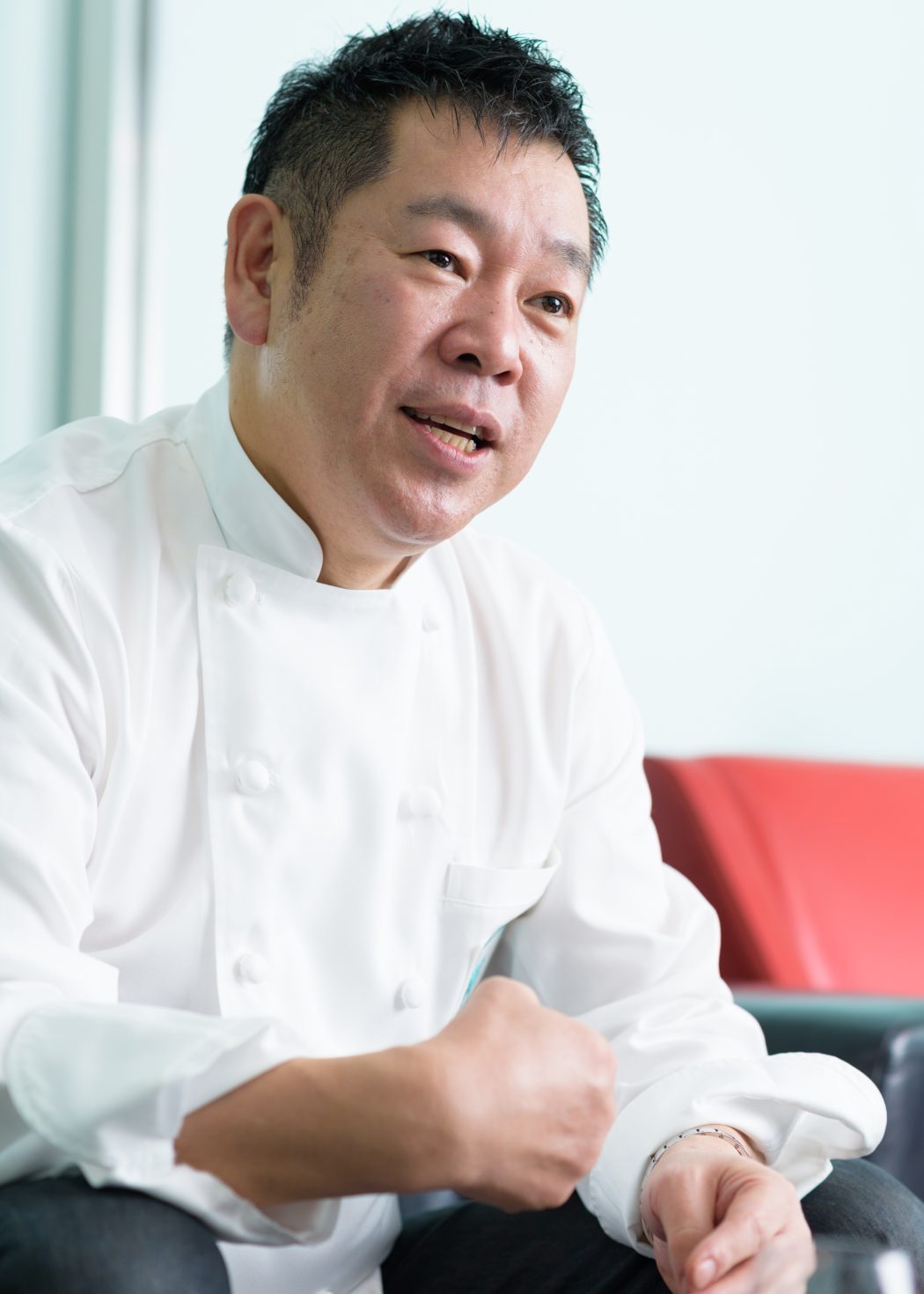 Mastering the language and knowing the mentality of Italians led to gain trust from the natives.

What was the thing you learned the most from 2 years of stay in Italy?

Mr. Yamane:
First thing was language which was a priority. With language skills I could correspond through the media like TV in Italy, and when I opened a restaurant in Japan, I was yet a young boy, but such people as the owner of a winery in Italy visited here. By being able to handle the language, people trusted me. So my connections expanded and there were many things from which I could get support.

Another thing was understanding the mentality of Italians.

While I was in school where I spent days with Italian friends so it was a great help that I could understand their ways of thinking.

Does the mentality of the country reflect in the food?

Mr. Yamane:
Yes. Italian cuisine is not to expose the food as it is and reproduce it.

Making meals is separated into 2 categories that are “cooking” and ”making”. “Cooking” has no nationality. For example, it is all the techniques like deep frying, pan-frying, cutting, and steaming. But  I define “making” as combining, adding a taste, or adding an aroma to dishes and to prepare it on to one place. But there are some kinds of nationalities.

It is to rebuild cooked ingredients with the mentality of Italians. There includes localism and personality when combining, adding flavors, and adding aroma. Of course, my own characteristics, too.

The answer that comes out by combining ways of thinking and mentality of Italian people through a filter called, “me”, becomes “Food of PONTE VECCHIO”. So we must aim for the food that not only Japanese, but also Italians can say, “This Italian food was delicious and we have never had anything like it before” when they eat.

In order to have them feel so, what do you do specifically as a gimmick?

Serving it looks like Italian cuisine but it does not actually reflect on the cuisine.

I want it to be food that is highly completed, with respect towards the ingredients and is optimally cooked.

Then is that the most delicious way to eat it? Mozzarella cheese is solidified milk that becomes milky and soaked in brine. Then why do we add tomatoes that are acidic and served cold?

What if we warm it a little and float it on milk instead of tightening up with acid? Mozzarella might spread in the mouth and we can feel the taste of the ingredients more. That becomes optimally cooked.

So almost all of the food that I make actually does not exist in Italy. But though Italians have never eaten it, I must allow them to say delicious. That is what I aim for.

In the history of cooking until now, things that are called theories has ones that are right and ones that are completely different. We must judge them or find new ways. If the tools change, cooking changes/ So I make tools and plates by myself. I have made around 50 kinds of plates. I am still developing now.

That is a great passion. By the way, you came back to Japan and opened “PONTE VECCHIO”. Did things go smoothly after that?

Mr. Yamane:
It was tough. Back then the economy was not good with the yen rate were peaking right before the bubble economy. From my 3rd year we got busier and finally were able to be profitable, but until then, it was tough every day and I do not remember what I had been eating at all.

Anyhow I was young and the staff did not follow me easily in that situation that I was still immature, and when the staff and I are of the same generation, it ended up with conflicts and they all soon quit. Even when I explained what I wanted to do, they do not understand.

We didn’t have money or customers coming in. Though we had lots of problems like that, I had to explain many times and have them acknowledge me. It was tough. I think it took me 5 years to finally shape it like a restaurant.

What was the turning point to come out from the tough period of time?

Mr. Yamane:
It was when our restaurant was introduced by professional cooking magazines showing many plates of our food and a special feature of tomatoes. I was the one who only bought professional magazines so I was surprised to be on it.

From that point, many magazines picked us up. Back then it was rare that restaurants in Osaka to be on a magazine all over the nation, so we got a lot of attention. Since then we started to be seen as a “Restaurant that we want to work for” by people who aim to be in the restaurant field. It was about after our 3rd year.

It was 10 years after we started that the basis has been built that the staff became stable. At the beginning we started with 4 people including a part-time worker, and it grew up to a restaurant that easily has more than 100 staff members. 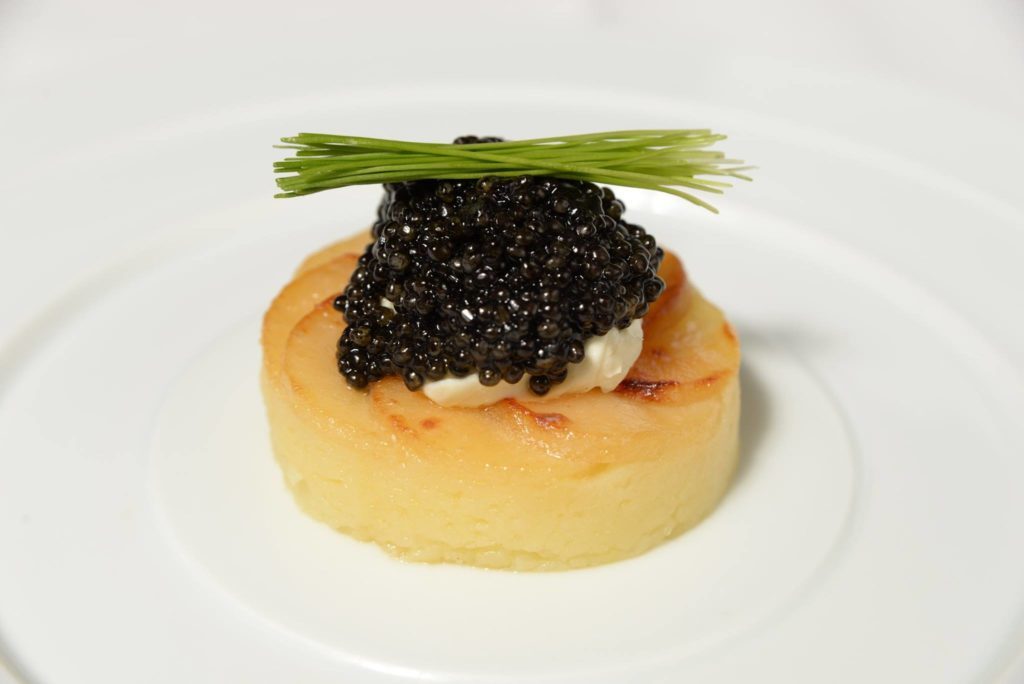 Chefs should make books that have meanings of final settlement even at their own expense.

Is there any change in your own food or way of thinking comparing now and then?

Mr. Yamane:
Of course, my cooking skills have greatly improved, but the base way of thinking might not have changed.

Today I have just done a seminar, but every time I do this, my thoughts are becoming concrete. I love not only seminars but also making books.

I have published about 3 books.

Books are like final settlement of what I have done, and I can talk about my theory and I can also hand out textbooks. So my opinion is that all chefs should make books even at their own expenses.

In order to be read by as many people as possible, I always buy several thousand copies by myself so I can bring down the price. It is better if the selling price is 500 or 1000 yen lower. For 2,000 copies there are people who buy it around me and I can hand them.

I sign my autograph and give it to a winery from abroad.

Books can be a weapon if you try to widen your connection abroad. The value of it might be different from Japan. I think Japanese professional magazines of cooking and recipe books are really inexpensive. I can’t believe that we can buy books that have theories of cooking, ways of thinking, and photographs by 3,000 or 4,000 yen.

In France, cooking books are considered as luxury grocery items and quality goods which can be chosen for gifts.

Mr. Yamane:
Yes. Cooking books are not autobiographies that collect their ways of thinking for life. They are to organize their cooking theories and show, and they also work as business cards.

When I introduce myself abroad, they end up with, “I see” when they hear about a Japanese guy who does Italian in Japan. But if I have a book and show it to them, it is easier to remain in their heads and easier to understand. Books can tell what we are doing by one chance.

Publishing has that meaning, too. 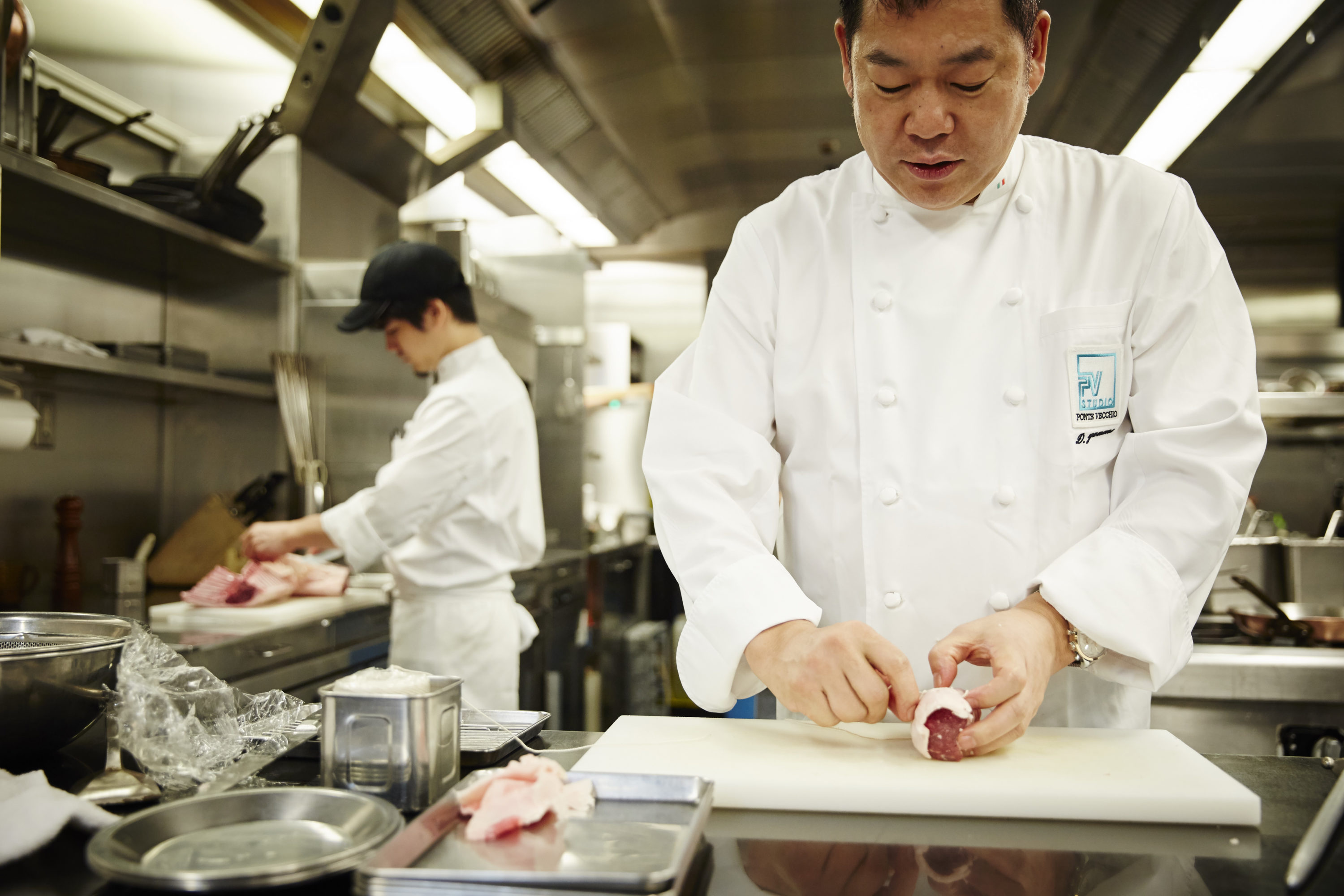