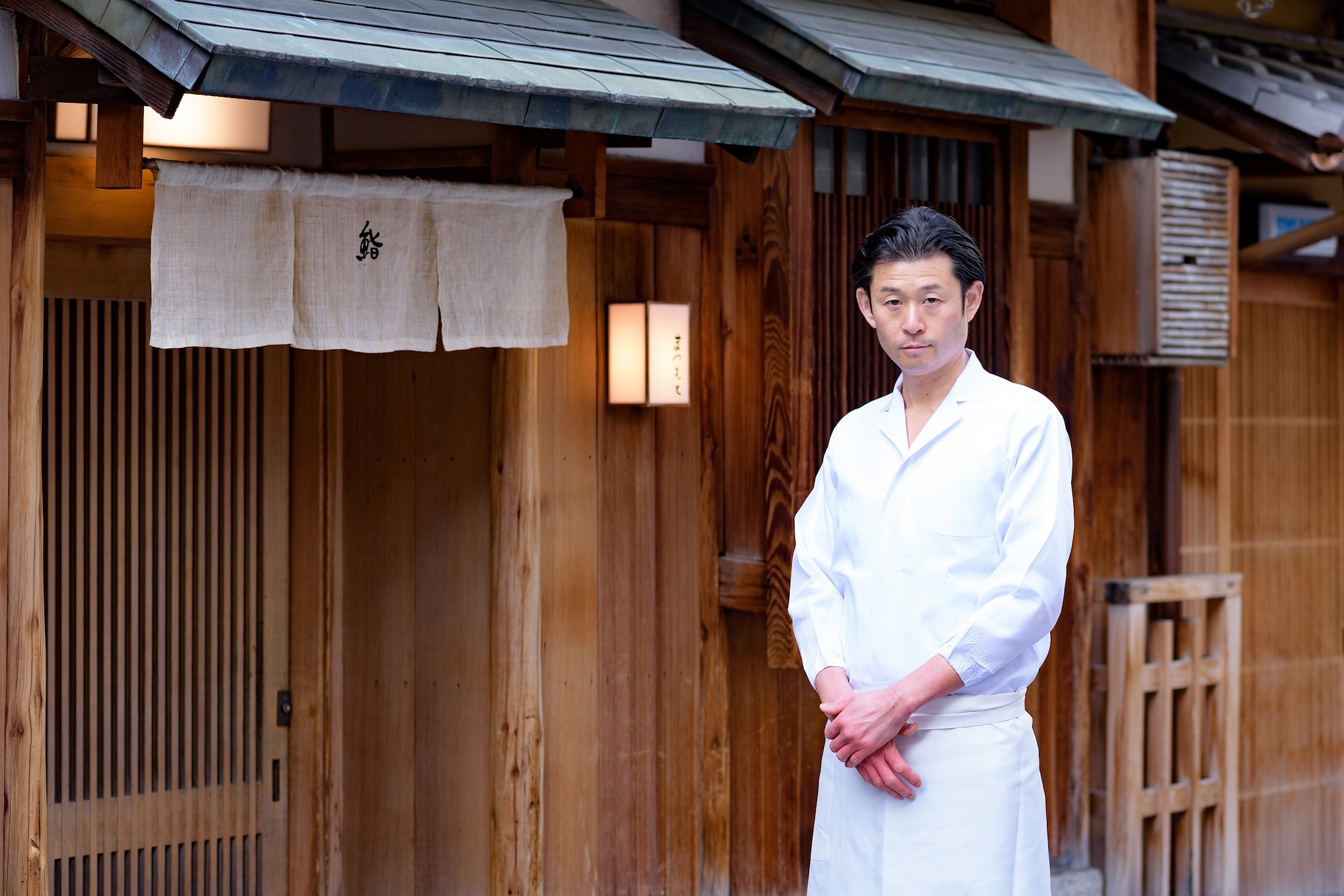 Sushi Matsumoto is located one block from Hanami-koji, Kyoto’s historical red-light district. Mr. Daisuke Matsumoto, who trained at Shinbashi Shimizu in Shinbashi, Tokyo, crafts his sushi with traditional Edomae skills; their influence is everywhere, and the sushi is as beautiful as jewels.
I took the opportunity to speak with this Kyoto master of Edomae sushi, about stories from his training and his mindset towards work. 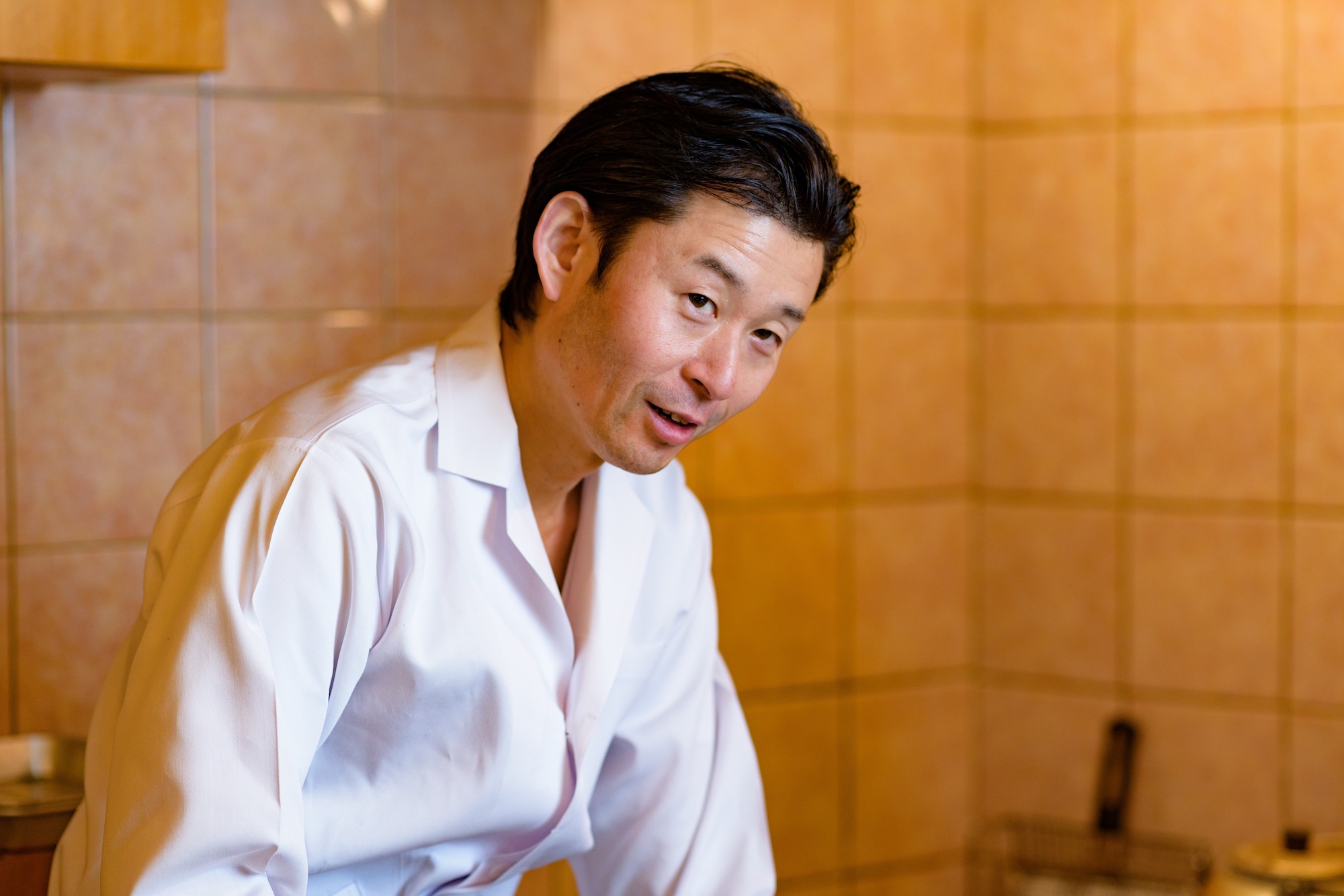 Choosing the path of sushi craftsmanship because it was “cool.”

How did you enter this field?

Mr. Matsumoto:
I grew up in Hiratsuka, Kanagawa, just by the ocean. There was nothing to do but fish, so I often fished, dressed, and ate fish. Also my father ran an izakaya featuring local fish, and my uncle ran a sushi restaurant, so I’d been close to the food industry since I was a kid.

Since I didn’t like studying, I soon high school. I was just 16 years old.
It was not like I entered the field of sushi craftsmanship with a strong will, but I decided to work at my uncle’s sushi restaurant. I had always admired the job of “craftsman.” In sushi industry, people were called craftsmen, not chefs.
I thought the idea of mastering a single thing was cool.

How was your training?

Mr. Matsumoto:
My uncle’s place had delivery, too. It was a very local sushi restaurant.
Me being a relative, there was a vague thinking that I would take over, but my vision towards my future was not clear at that time. But I really liked sushi, so I took the opportunity to see first-class sushi by going to famous sushi restaurants in Ginza every time I received my salary.

And I became good friends with a sushi craftsman who was the same age as me, and was training at Aoki in Ginza. He advised me, “If you are really going to be a sushi craftsman, you should train in Tokyo.” So, I wanted to train and brush up my skills. I still keep in touch with him now. He became the No. 2 at Aoki later, and now he runs his own sushi restaurant called Hamada in Yokohama. 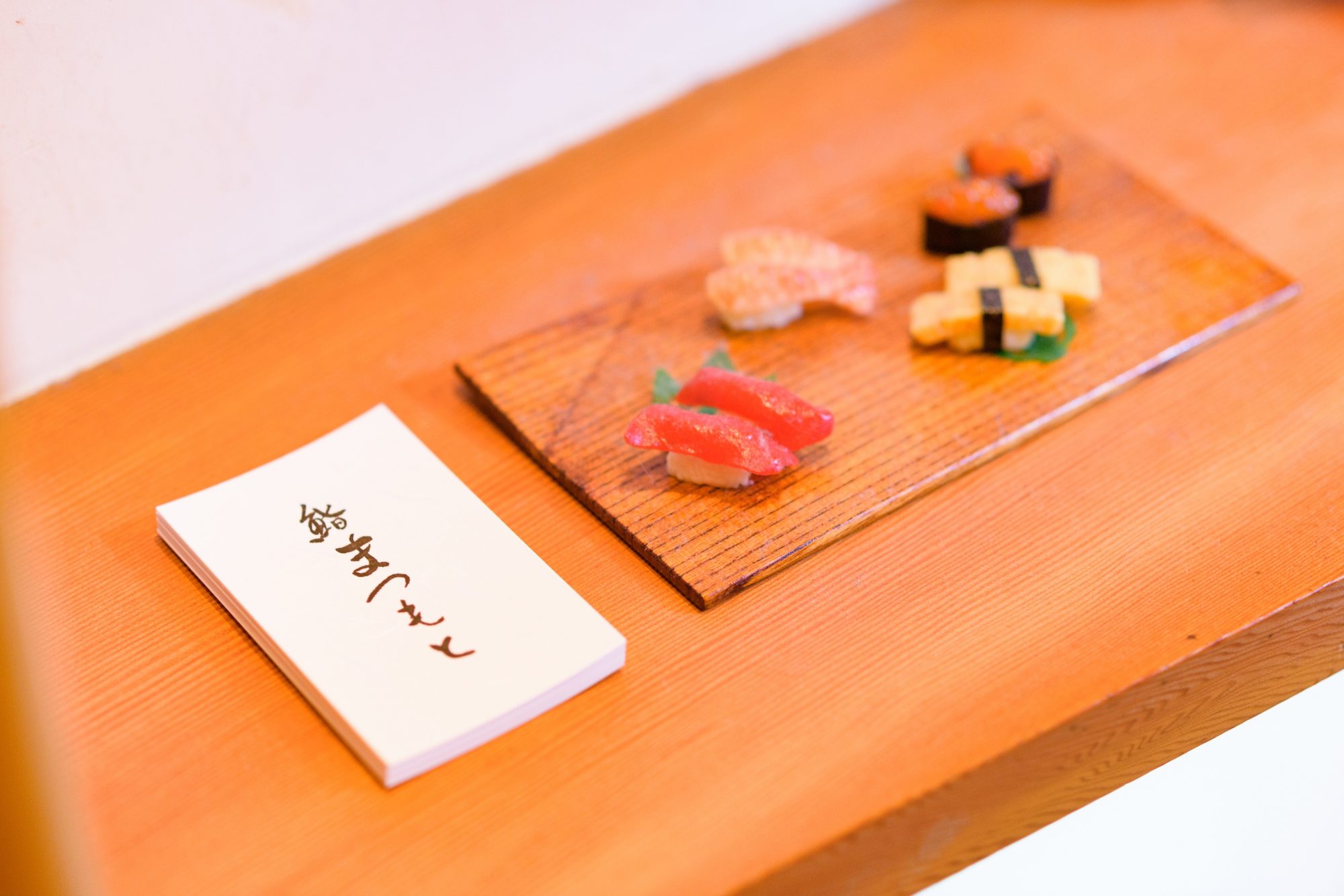 Desperate to brush up on sushi craftsman skills and mindsets

There was an encounter with a great friend.
How did you train after that?

Mr. Matsumoto:
At that time I was already married and had a child, but when I asked about it, my wife told me, “You should go and train.” I decided to go train in Tokyo by myself, leaving my wife and child. The first place I entered was a sushi restaurant in Ginza that I found from a job advertisement magazine. It was more organized than I thought. It was more like becoming a full-time worker than training, so I felt that it was not enough for me.
Around that time, when I was eating out, I met Mr. Kunihiro Shimizu of Shinbashi Shimizu, and I was given a chance to train at his place. It became a big turning point in my career.

Was the training at Shinbashi Shimizu different?

Mr. Matsumoto:
The detail of the work was totally different. At Shinbashi Shimizu, preparation takes a lot of time. Every day was long and tough, but it was satisfying since I was enamored by the food there. I respected and trusted him, so I figured I couldn’t go wrong if I followed him.

During training, I tried to learn everything from my master – not only skills but also restaurant management, since I was thinking about going independent.
When I met other craftsmen at Tsukiji Market, I thought to myself that I won’t lose to them; As I trained, I got results and gained confidence.
Also, with sushi, the materials are most important.; I was able to build a good, trusting relationships with the people at Tsukiji Market. Now I am in Kyoto so I can’t go there every day, but I still buy from them. I can do this because I built a relationship back then. I think those relationships are a real asset.

When did you get the chance to go independent?

Mr. Matsumoto:
I trained at Shinbashi Shimizu for five years. I think that it might have been easier if I stayed for two or three more years, but you can’t go off on your own by waiting for the perfect timing. My master did so when he was 31 years old, and so I also decided to go independent when I was 31.

So I looked for places in Ginza and Azabu, thinking I’d have my place in Tokyo, but I couldn’t find a good place like how I imagined. I had permission from my master to looked for a site with working at the restaurant, and one day a customer from Osaka told me about a nice place in Kyoto.

I hadn’t considered having a restaurant in Kyoto, but I thought it could be interesting. So I decided to jump on the bus and see the place. It was located in Gion, and I was completely enthralled by the taste of the streets in Kyoto.
That restaurant, however, had strict rules and it ended up a failure. I met the man from Osaka by chance at the bus stop when I headed back to Tokyo after giving up.
Then he introduced me to another place, this restaurant. I think it is generally difficult to rent a place like this in Kyoto, but he had various connections in Kyoto, so I really got lucky.

Meeting him again in Kyoto by chance is like something out of a movie!
Weren’t you worried about opening it in a place you didn’t know?

Mr. Matsumoto:
My relatives and friends and everyone else were opposed to the idea. I realize now that it was unusual to open in Kyoto, a place I had no connection to.

I did not know the culture of this red-light district, and had never seen a maiko.
I was 31 years old back when I opened the restaurant, and I was completely awed by this inimitable Kyoto atmosphere.

How did things go after the opening?

Mr. Matsumoto:
My master was very famous in that field, so we were written about in the media and our restaurant got off to a good start. I do not like cities very much and I thought Tokyo and Osaka were a bit too urban, so Kyoto was a very good environment. 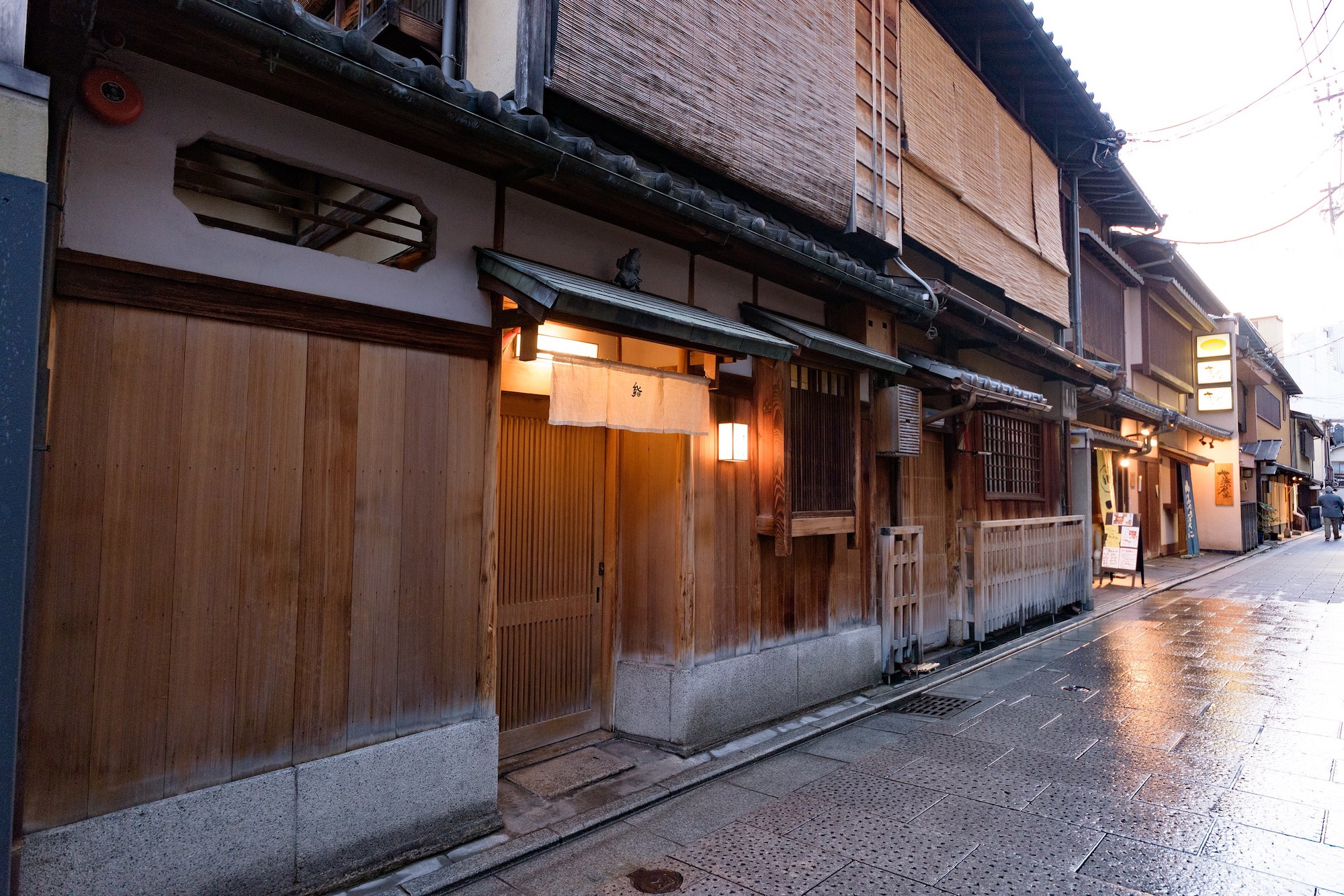 Closed
Tuesdays, and lunch on Wednesdays