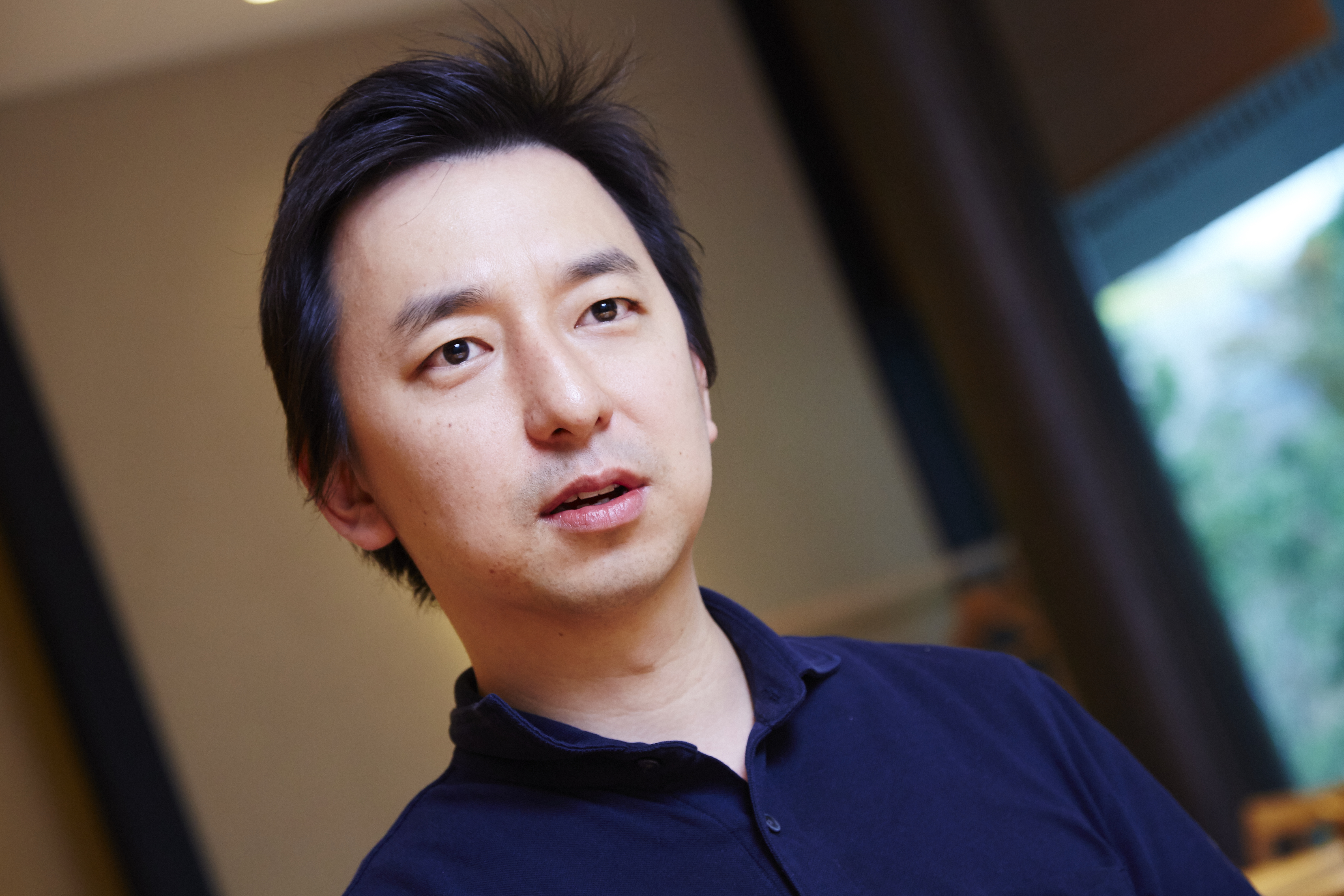 Learning the food business as a chain restaurant manager

How long did you work at “Caravaggio”?

Chef Arai:
I worked there for three years. After that, for one year, I wanted to experience other things besides Italian cuisine, so I worked at different places like trendy cafe restaurants, delicatessens, an okonomiyaki restaurant, and I even prepared sushi at supermarkets. The result of doing that was a renewed determination to continue pursuing Italian cooking.

However, when I thought of starting my own business, I felt I wasn’t sure if I would be able to make my customers happy just by my cooking alone. Therefore, to study management, I applied for a job at Fujio Food System Co., Ltd, the company behind chain restaurants like “Maido Ookini Eatery”, “Tsurumaru Udon Restaurant”, etc. I worked as a manager at one of the chains of “Kushiya Monogatari”.

At that time, restaurants without a kitchen knife was becoming popular, but even under the circumstances, I learned how to think from a manager’s perspective, “How do I make my customers happy?” and this lesson proved to be useful afterwards. Chain restaurants or not, eateries serve to please the customer even though their approaches are different. It was great for me to have learned both approaches.

So you have been steadily preparing to start your own restaurant since choosing to pursue a career in cooking. What did you learn while working as a restaurant manger?

Chef Arai:
Up until then, I had polished my cooking techniques as a chef and understood cost accounting, but I did not have any management knowledge or the perspective of a manager. By gaining work experience of all types of workers within one restaurant, I was able to learn how to manage cost and profit while taking in to account the daily sales and manpower and utilities expenses, how to train my staff, and how to serve customers as a hall staff. Also, advertising methods and ways to encourage repeat customers like coupons, etc., were also interesting for me.

As it was a franchise, the restaurant had systems that served to increase the efficiency to the maximum, e.g. even part-timers can prepare dishes without a kitchen knife, etc. It’s not that one way is better than the other, but I found it interesting that even though both establishments were there to please customers through food, they had really different methods of doing so! 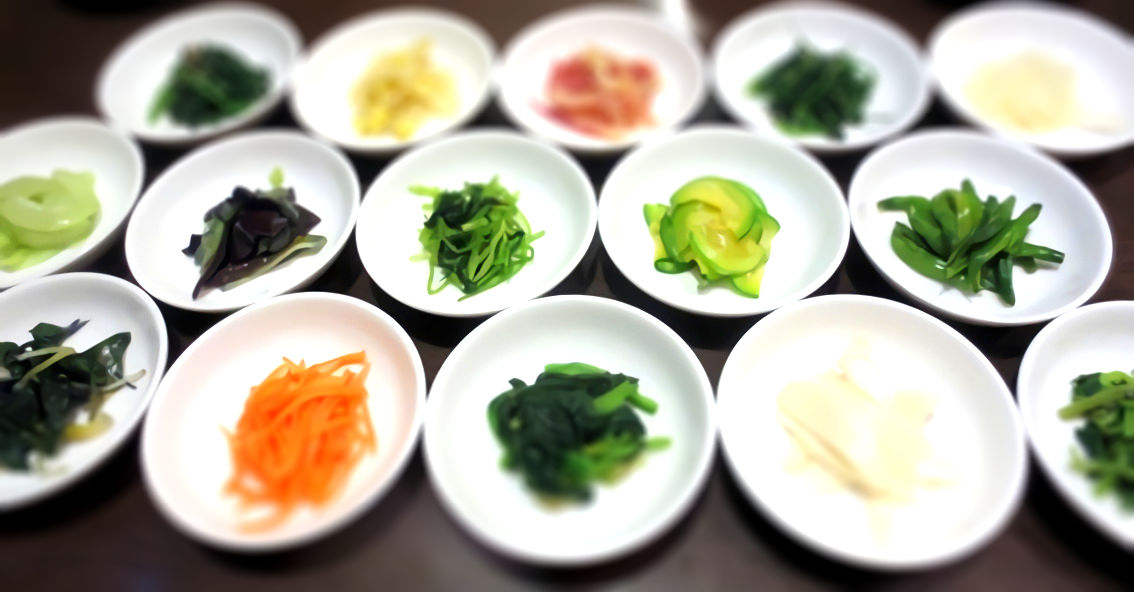 So you were on your way to becoming an independent restaurant owner. Even though you decided to open an Italian restaurant, what made you change your mind and start a Korean restaurant?

Chef Arai:
It was because back in 2004, when I was about to open my restaurant, my mother, who had closed down her restaurant due to health issues, started to think about re-opening her restaurant. So if that was the case, I would help my mother and would start my own once her restaurant takes off.

However, while helping my mother in preparing Korean food, I started to notice more and more similarities between Korean cuisine and Italian cuisine. It was extremely interesting.

It sounds surprising that Italian cuisine is similar to Korean cooking. Can you give some examples?

Chef Arai:
Both South Korea and Italy are peninsulas surrounded by the ocean. Garlic and peppers are used in both cuisines. In Korea, we use sesame oil and in Italy, olive oil and other cooking oil are often used. Furthermore, when these oils poured over vegetables, in Korea we get Namul, whereas it becomes marinated vegetables in Italy.

Even when we talk about who does the cooking; Omoni in Korea and Mamma in Italy. Home cooking is the base of both cuisines, you see? Also, in terms of fermented food, we have cheese and kimchi. There are many foods where the ingredients are different but the ideas are similar. I noticed this pattern and developed it into the style of our restaurant today.

So, did you come up with the Korean x Italian style of “Hoba” from the start?

Chef Arai:
No, at first it was like a normal Korean-style tavern, where we served dishes like spinach and bean sprouts Namul, then onion and squid Chijimi, followed by Japchae, etc.

Then, one day, my mother ordered some Western vegetables that were trendy in Korea, like mustards and black kale. It was a good opportunity so I added these ingredients to other dishes and that piqued the interests of our customers.

Since then, as Korean and Italian cuisine had so many things in common, the idea of making Namul with Western vegetables was born.

I see. So it was your mother who set you off on your creation of the style of “Hoba” today.

Additionally, one thing that “Hoba” cares greatly about is the seasonal quality of the food. When making Korean food, I would think, “Korea has four seasons, too. But why do the Korean restaurants in Japan serve the same dishes all year round?” So I tried creating some dishes that could provide a sense of the four seasons.

So I created a dish called “Plate of Seven Types of Namul”, which incorporated seasonal Western vegetables like watercress and snap garden peas. Then, it became very popular among our female customers.

Chef Arai:
Yes. Customers at the table next to somebody who ordered this dish would ask “What is that? I want that, too!” It just became super popular.

Following that, we thought, “Next, we should try to make our Chijimi seasonal!” For example, it’s the season for cod milt and oysters, both classic ingredients for making Chijimi in Korean cooking, but not many people know this.

So we started to make dishes that were specific to the ingredients and gives a sense of the season, like gingko in the autumn, corn in the summer, and bamboo shoots in spring. 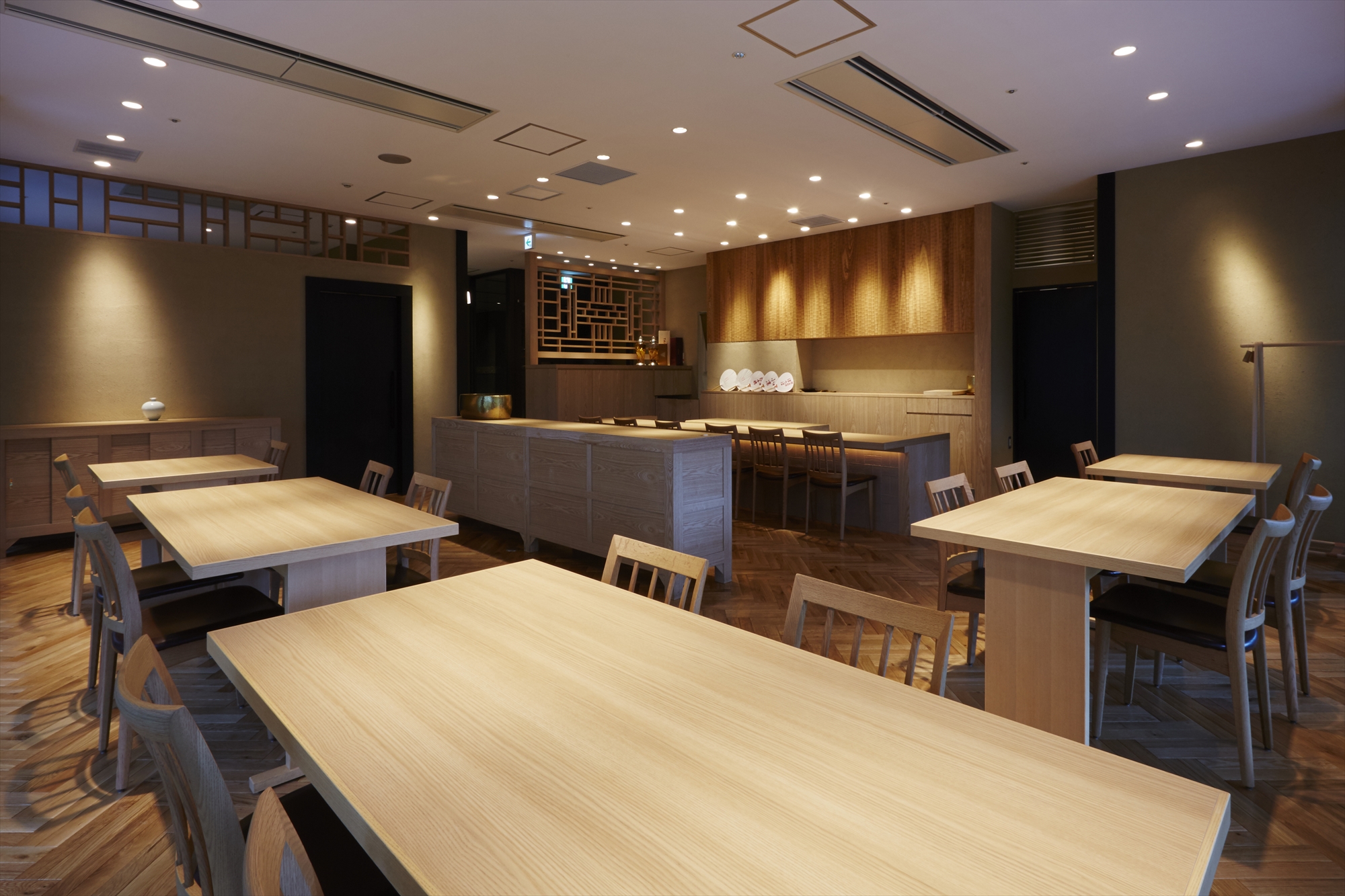