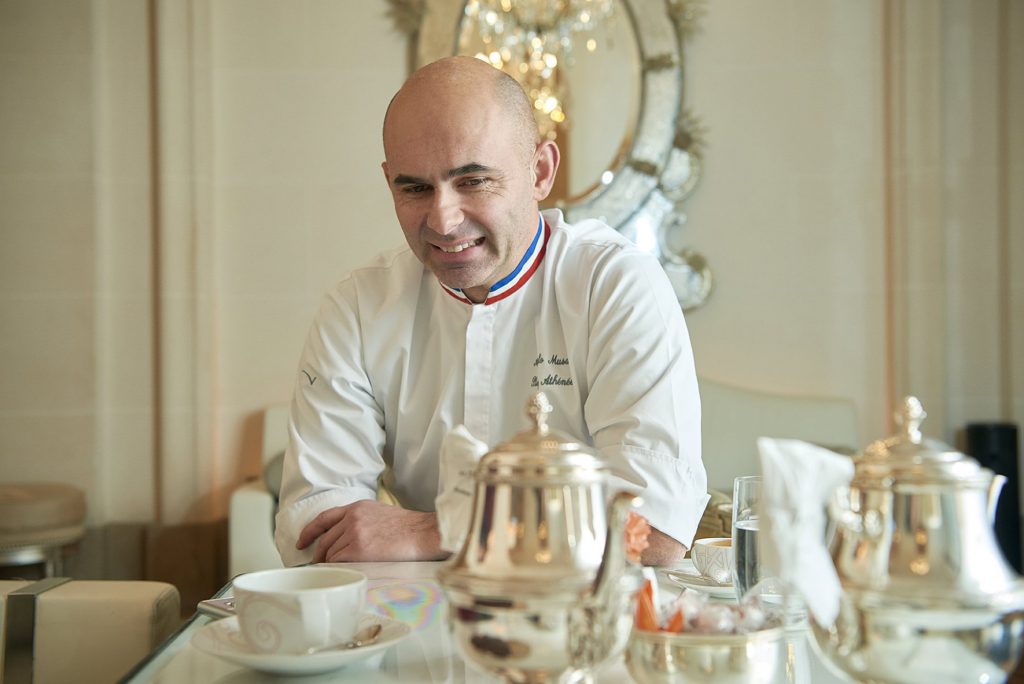 Participating in competitions helps you develop in your profession.

Please let us know how you arrived at the decision to become a pastry chef?

Musa:
I studied cooking in a vocational school. However, following a motorcycle accident, I wasn’t able to take the exam on time. In order to keep busy while waiting for the next exam session, I took a pastry course.
Then I did my apprenticeship in Metz at Claude Bourguignon’s. It was an epiphany. I fell in love with the man, personally and professionally. And since then, I have remained captivated by the world of patisserie.

It really is fate – because if I hadn’t had this accident, I might never have entered the world of pastry and become the person I am today, twenty-five years later. I also trained in two other places, but it didn’t go as well and I didn’t feel as good there. Patisserie isn’t necessarily perfect everywhere.

I have Monsieur Bourguignon to thank for making me see that I really wanted to do this job.
After working with him for a year, I had to go to serve in the military. I was stationed in Germany and was working in the kitchen. It was very strict, but in human terms, a precious experience for me.

What was on your mind when you were a young pastry chef?

Musa:
I lacked experience but I studied relentlessly. I was eager to become a good pastry chef.
In order to learn all the techniques and get plenty of practice, I took part in a lot of competitions. I was eager to learn everything that could be learned.
Moving forward in my profession was what I enjoyed the most. I spent a lot of time in the laboratory.

After my one year military service, I went to Luxembourg to work for Oberweis. It’s a huge patisserie – at that time there were two hundred employees, and now there are four hundred. It’s a very fine family business.

I started taking part in competitions while I was working there. I like entering competitions, it helps me focus on my work, look for areas that need improvement, and perform better. That’s where I met Franck Michel, a pastry chef who was awarded both the Pastry World Champion and Meilleur Ouvrier de France MOF (Best Craftsman in France) titles.

A few months later, there was an opening in his establishment in the city of Troyes, and he made me an offer. I started working for him in 2000 and stayed seven years. I entered all the major competitions during these years.
Caffet gave me the self-confidence necessary for taking on these challenges and he fostered my desire to win. He was generous and open and he became a friend later on. For an establishment of only fifteen people, it was very generous of him to let us participate in competitions.

In 2001 I competed for the French Cup. The Japanese team had beaten us in the past, but this time we won. We made a pièce montée showpiece. The Japanese are very good at sugar showpieces, and I was really proud to beat such venerable opponents.

Musa has won the following competitions: The World Chocolate Competition (2002), the Pastry World Championship (2003), and the Meilleur Ouvrier de France MOF (Best Craftsman in France) (2007).
In 2008, I started my own company, ‘Papilio Conseil’. My first client was ‘La Patisserie des Rêves’. My consulting business has given me the opportunity to travel the world.

You talked about Monsieur Bourguignon and his great impact on your career choice. Was he the person who influenced you the most?

Musa:
I learned a lot and gained a lot from people I met – there are many people who helped me become who I am today. All of these encounters were important to me. 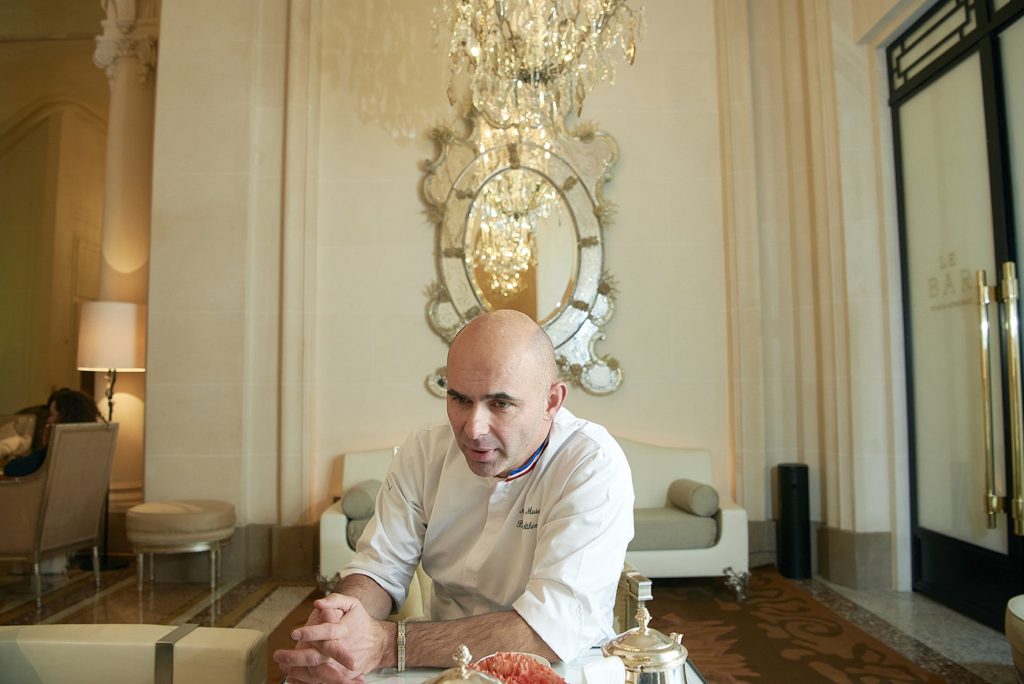 Make the best of every experience. Even when you face difficulty, muster your energy and move forward.

Did you run into any difficulties in your career?

Musa:
I have never had any trouble – I have never had to look for work, I enjoyed myself, and I was doing what I liked. I was always given challenges and venues that were greater than my ability. Look at me now – I’m in a top position in this luxury environment, where I have to deliver the best. I’m surrounded by young and dynamic pastry chefs, and amazing ingredients. I’m having fun here making pastry that pleases the hotel management and the clientele.

All experiences are good. Whether things go well or not, it really doesn’t matter. It’s always a good experience, because you gain something from it. We learn what we shouldn’t do, how we shouldn’t behave, and what is appropriate. One should live every experience fully, in order to get the best from it. And when you encounter difficulties, you must tackle them with all your energy.

That’s what I learned from the chefs I’ve worked for at three establishments.
I have been making pastry for twenty-seven years – and the time has flown by very fast – but this is a lesson I haven’t forgotten: When a difficulty arises, I must face it and find a way to overcome it.

Has your participation in so many competitions helped you to become well known and to receive many offers?

Musa:
Yes, in fact, competitions are good places to meet lots of people and acquire plenty of practice. Aiming for a prize is a great opportunity to grow. It has also become an axis of my passion for this profession.
It’s brought me rich encounters and the opportunity to share, exchange and interact with people. 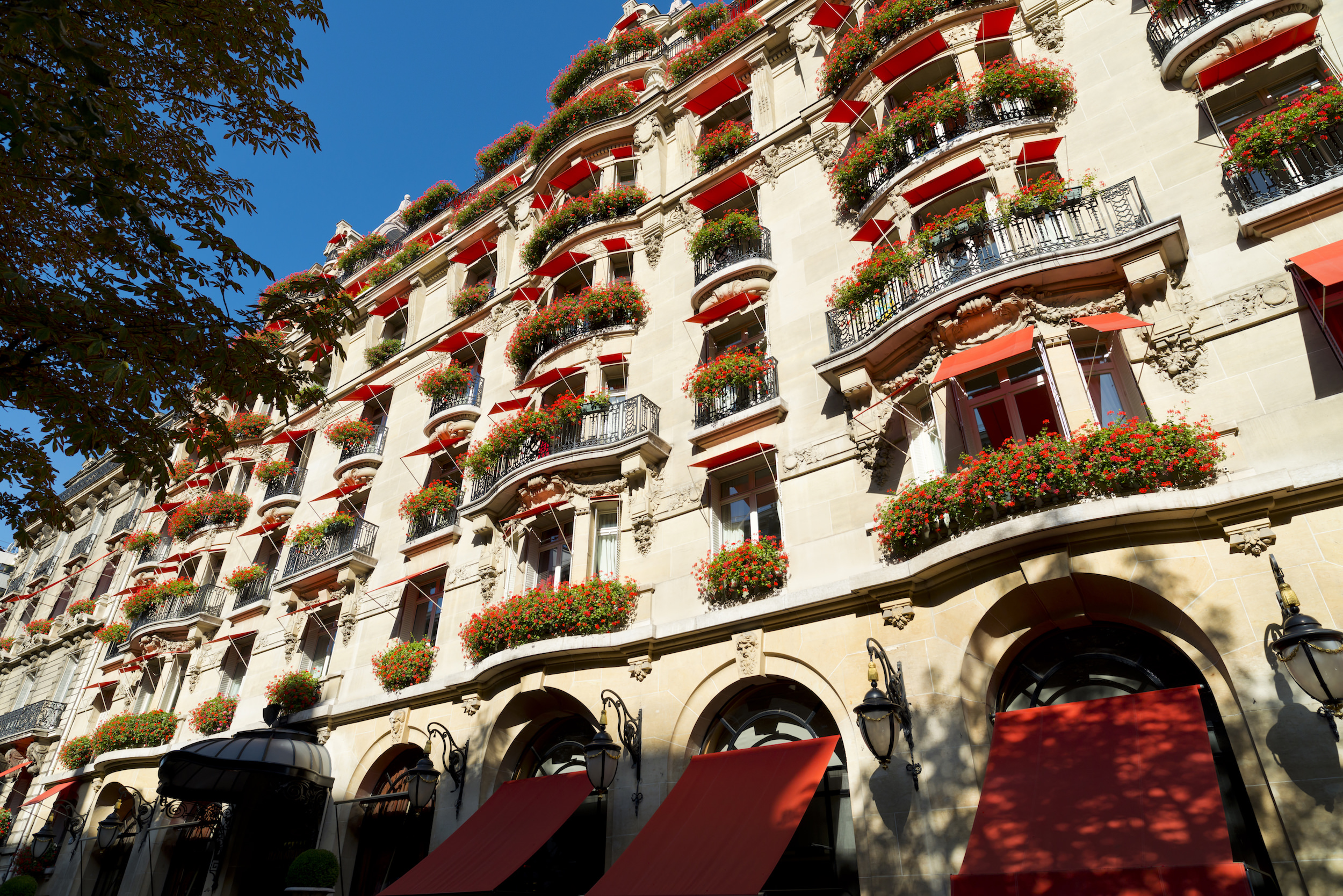