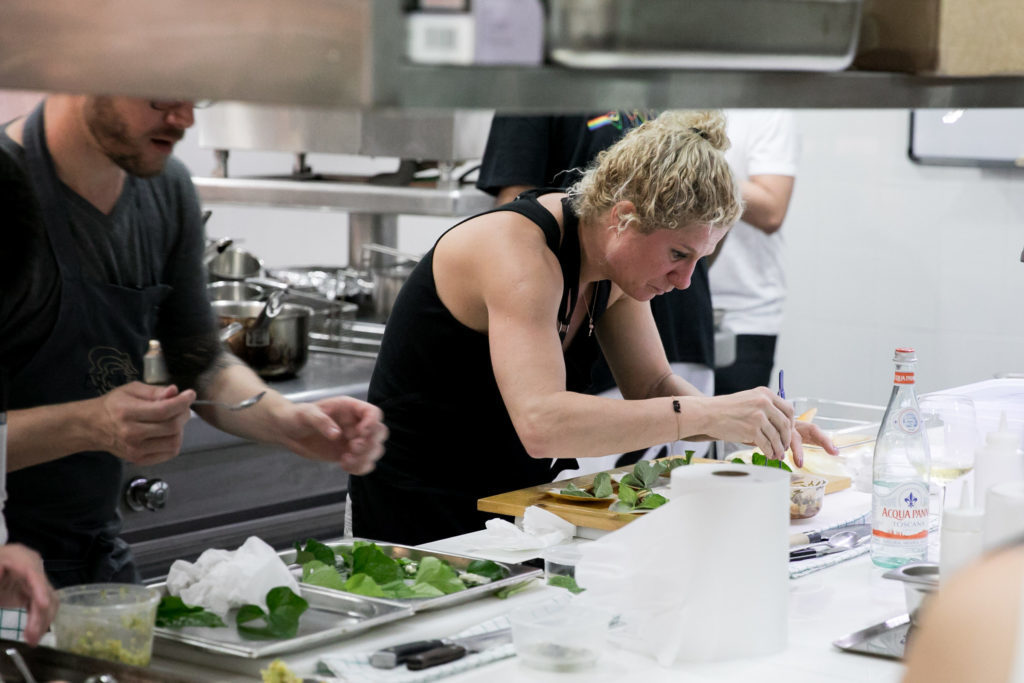 From Service to the Kitchen; Finding her own Style

What kind of dishes did Hiša Franko serve before you took over?

Roš:
My mother-in-law was a great cook, but because the restaurant was located in such a rural part of Slovenia, guests preferred rustic Italian food and that’s what was served. Dishes included risottos, pastas, Slovenian soups, and grilled meat or fish. The restaurant was not doing so well when it was decided that it would be left to us. From the start, we were not planning to serve the homely Italian dishes that my mother-in-law used to make, so we changed the style.

With that, some of the kitchen staff quit, leaving just a couple of young, but experienced staff members. My husband and I took care of the service while the kitchen team cooked. However, the team needed a role model. Although I should have been the role model at the time, I still hadn’t developed my own cooking philosophy.
There was a lot of tension in the kitchen, and ultimately, all the staff members ended up quitting. Someone had to do the cooking. Valter was the sommelier, so I had to take charge of the kitchen. 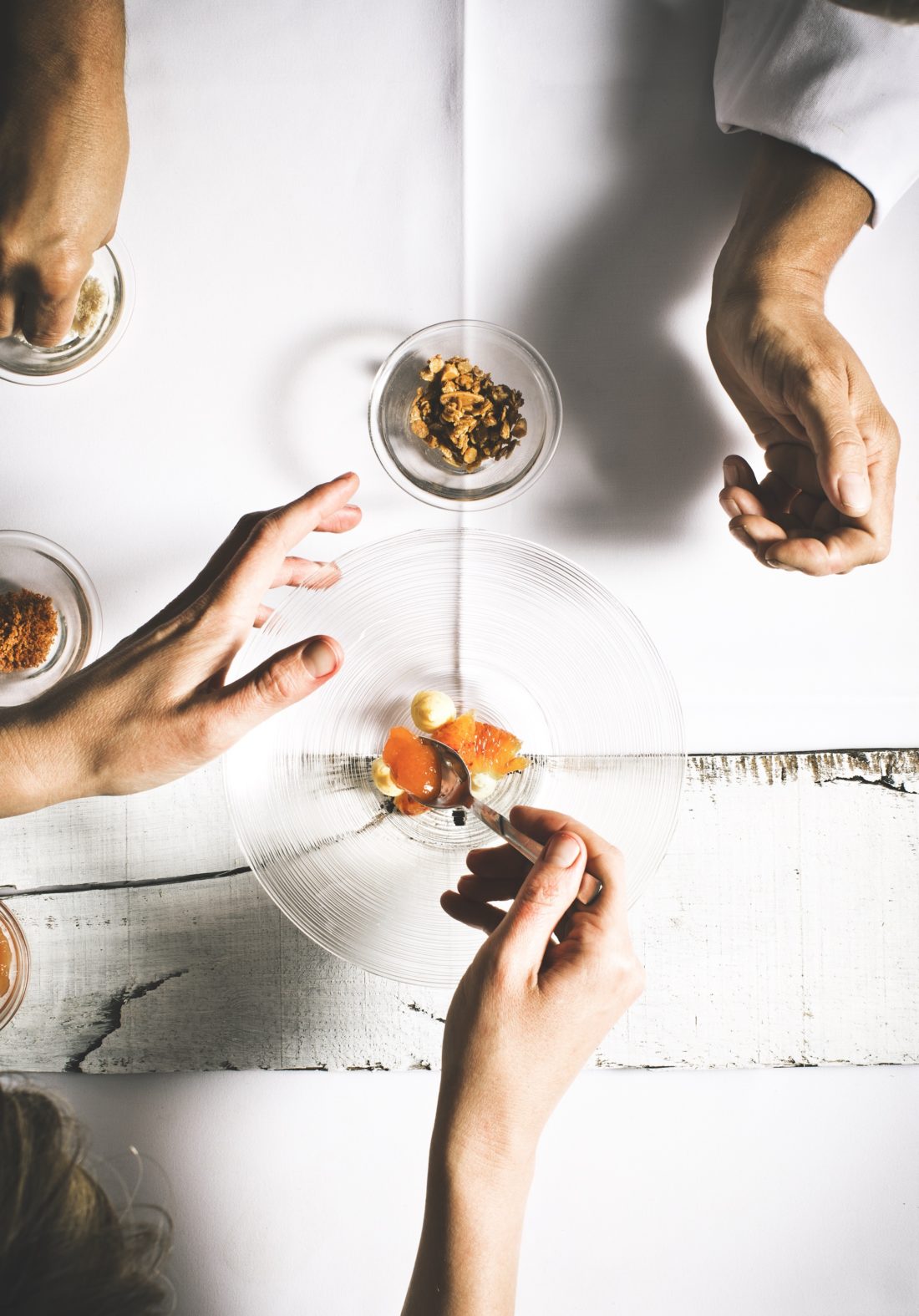 You hadn’t cooked as a professional until then. Was it tough?

Roš:
It was. That’s when my husband’s friend came to the rescue. After working in a Michelin-starred restaurant, he was teaching at a cooking school. He quit working at the restaurant to spend more time with his family, but he did want to be in the kitchen from time-to-time.

He taught me how to cook while his family was playing outside. For example, he taught me cooking techniques, how to avoid making mistakes, and he even made me some Slovenian dishes. We still serve some of those dishes to this day.
At first he would come twice a month on weekends, and then it fell to once in a couple of months. His visits gradually decreased over time. From the beginning, we had decided on a concept dedicated to local produce and the seasons, but Valter’s friend’s cooking influenced us so much that it was difficult to go beyond it for a period.

Right around that time, my children were born and I couldn’t travel abroad. But now that I think about it, it was an important learning period for me and led me to explore my own style. Using 100% local ingredients to make traditional, low-fat food; adding herbs and delicate touches― that is how my style came to be.
We didn’t have enough money to hire a lot of people. We hired just two or three new kitchen staff and made an unbelievably long course.

Every day I would wake up at 7:00 am in the morning, leave my child with my in-laws and work late into the night.
In 2004, the course included seven appetizers, four fish dishes, and five meat dishes. There was even an a la carte menu. I was so busy that I felt like a machine. Since then, I worked to develop the dishes themselves and cut down the number of dishes in the menu.
It would have been better if I opened the restaurant after establishing my own cooking philosophy. Even if the cooking changes, the cooking philosophy does not change. 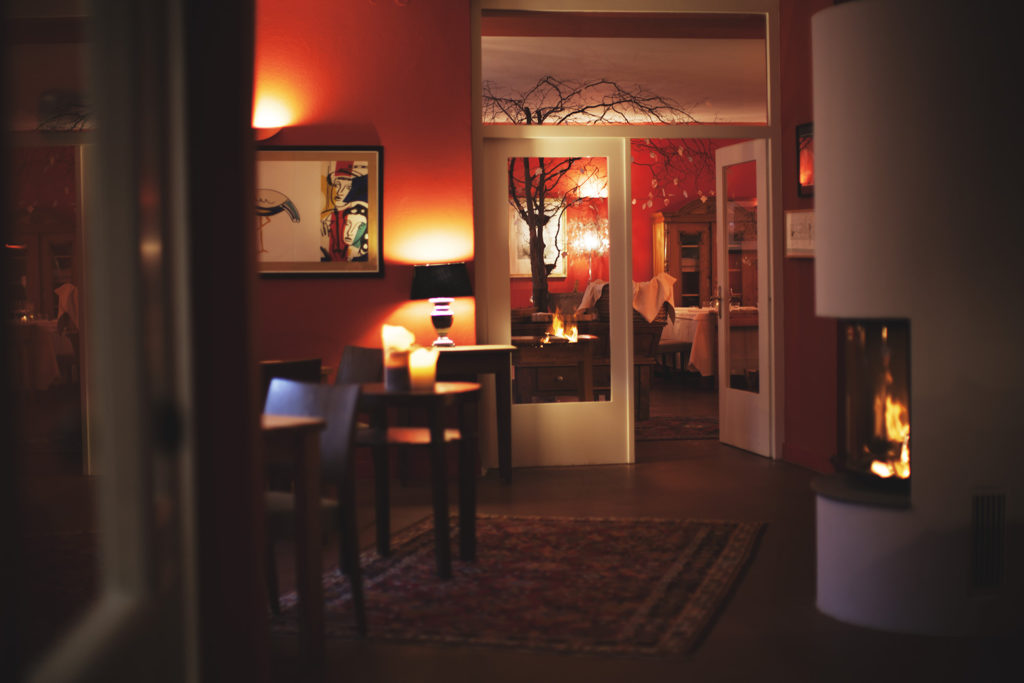 While establishing your cooking philosophy, were you also trying to change local tastes?

Roš:
I sometimes serve unusual dishes at my restaurant, such as deer heart. They’re delicious, but unorthodox. Local people don’t like this kind of food. It is difficult to change their tastes, so we had to bring in people from around the world to the restaurant.
If you change the menu at a restaurant, the customers you receive also change with it. I believed that we had to get people from overseas to come and eat our food, rather than adapt to the tastes of local customers.
That’s why in 2005, we spent 1.5 million euros to renovate the restaurant. We were young and it was a huge amount of money for us.

It sounds like a huge undertaking. Were there times you wanted to give up?

Roš:
Of course. There were times that I was frustrated and wanted to quit. But as a skier representing Slovenia in my childhood, I had slalomed down ski courses at minus 20 degree temperatures wearing scanty skiwear. I had learnt to stay motivated and disciplined even under the most severe circumstances.

We didn’t have any investors and we had to feed our children. It was a fight to survive. Being an owner-chef is different from being a chef. The owner-chef has to make financial decisions.
When we changed our menu, the old customers stopped coming. Gradually, however, more and more new customers started visiting our restaurant. First came wealthy customers from South Germany, France, and Switzerland who enjoyed fishing. They understood gourmet. Thanks to them, people from around Europe got to know about our restaurant. 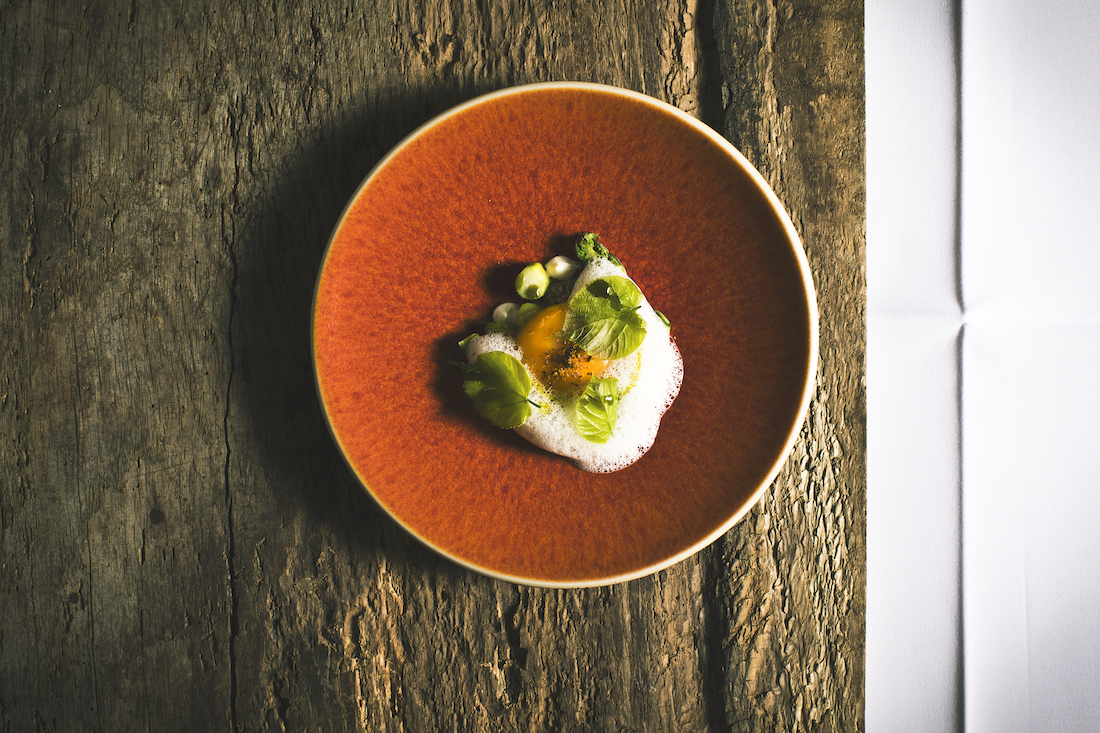 What else did you do to become renowned around Europe, and eventually the world?

Roš:
I participated in a lot of culinary events. I think that opened up many opportunities for me.
The first one was in Toulouse, France in 2006, at an international culinary conference. The concept was “the future stars of gastronomy.” I was on stage with chefs like Mauro Colagurelo from Mirazure, D.O.M.’s Alex Atara, and Manresa’s David Kinch.

At the time, I was an unknown face and different in the sense that I was self-taught. I also attended food events in Italy and that’s how I was able to make connections in the industry.
The Italian journalist Andrea Petrini enjoyed my lecture in New York in 2010 and he invited me to gastronomic events around the world. I even did cooking demonstrations in Poland.

There was a dramatic shift when I was featured in Netflix’s program, Chef’s Table. I was a bit uncertain at first when I heard that it would be filmed over three months, but ultimately decided to do it.
It was thanks to this program that the restaurant came to be recognized overseas, including far-off places like Australia, New Zealand, Canada, and the US. Now, there are people from different countries seated at each table in my restaurant. 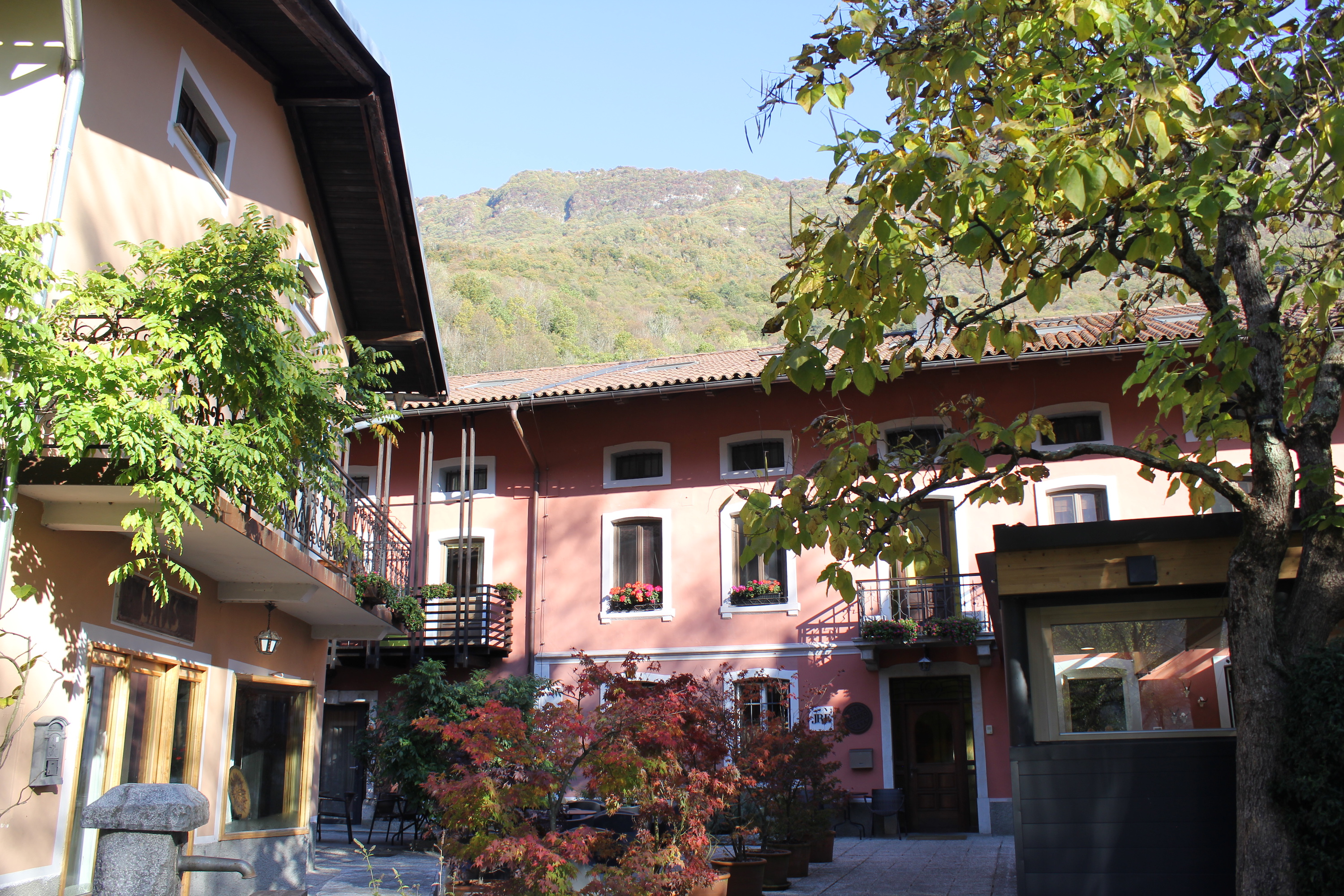