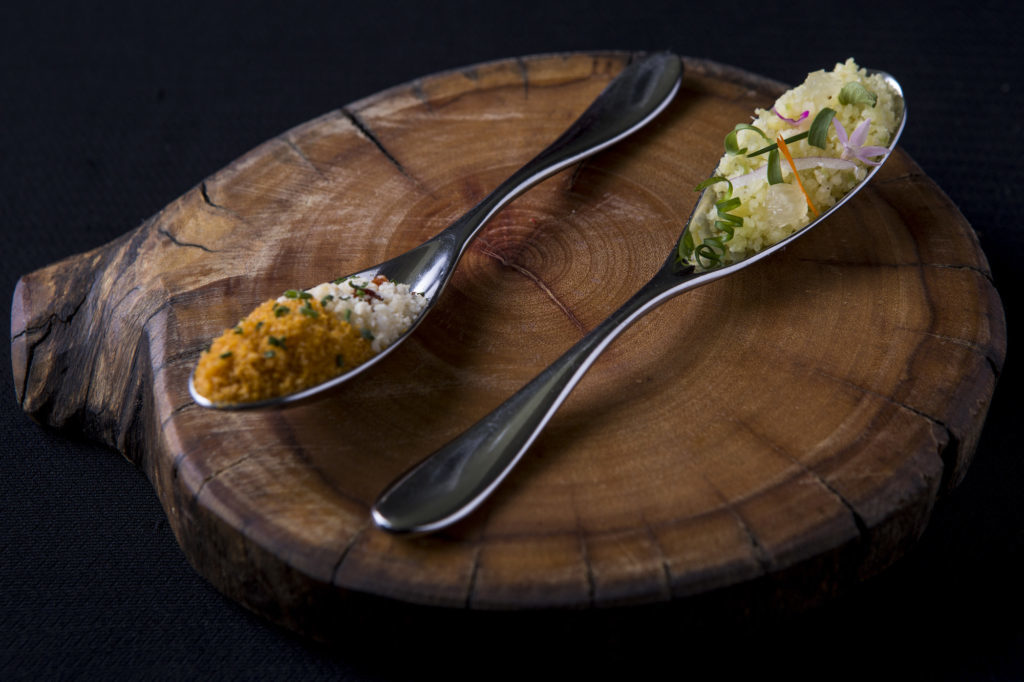 His restaurant is christened D.O.M, a phrase he kept encountering

What’s the significance behind the name D.O.M?

Mr. Atala:
When I lived in Italy, there was a church with the inscription D.O.M near the entrance. My wife then was working as a graphic designer for a company called DOM Design. I thought it was a strange coincidence. When I mentioned it to the bartender in my restaurant, he said that bottles of Bénédictine liqueur were also inscribed with the letters DOM. That piqued my interest. The internet wasn’t as popular as it is now, so I had no choice but to ask people about it.

One day, when I was drinking coffee next to my house, I ran into the priest and asked him about the origins of the word. He told me that they stood for the Latin words Deo Optimo Maximo, meaning “to the greatest and best God.” Additionally, when the Benedictine Abbey opened its doors to visitors, the recipe of the liqueur mentioned by the bartender spread to the world from the abbey.

It was the overlapping of many coincidences. I also wanted my restaurant to be like a home for people coming from all over the world. That’s why I went with that name.

However, the first two years were tough. Brazil was not an easy place for entrepreneurs. I didn’t know anything about expenses or taxes, factors that were necessary for the growth of the restaurant. Hygiene management was also very complex. I didn’t understand the legal and economic aspects, which made that period the hardest time of my life.

The turning point was 2005. Before then, nobody outside Brazil knew about the restaurant.
That changed with a gastronomic event in Spain, Madrid Fusión. It was my first time participating in an international food event. I took with me about 10 kinds of unique ingredients from the Amazon like tapioca, heart of palm, and herbs. People like El Bulli’s Ferran Adrià and Arzak’s Juan Mari Arzak couldn’t hide their interest. They came on stage and started sampling the ingredients! Amazonian food captured everyone’s hearts.

After that, many new customers and journalists from abroad started visiting the restaurant and I started getting invited to numerous events. 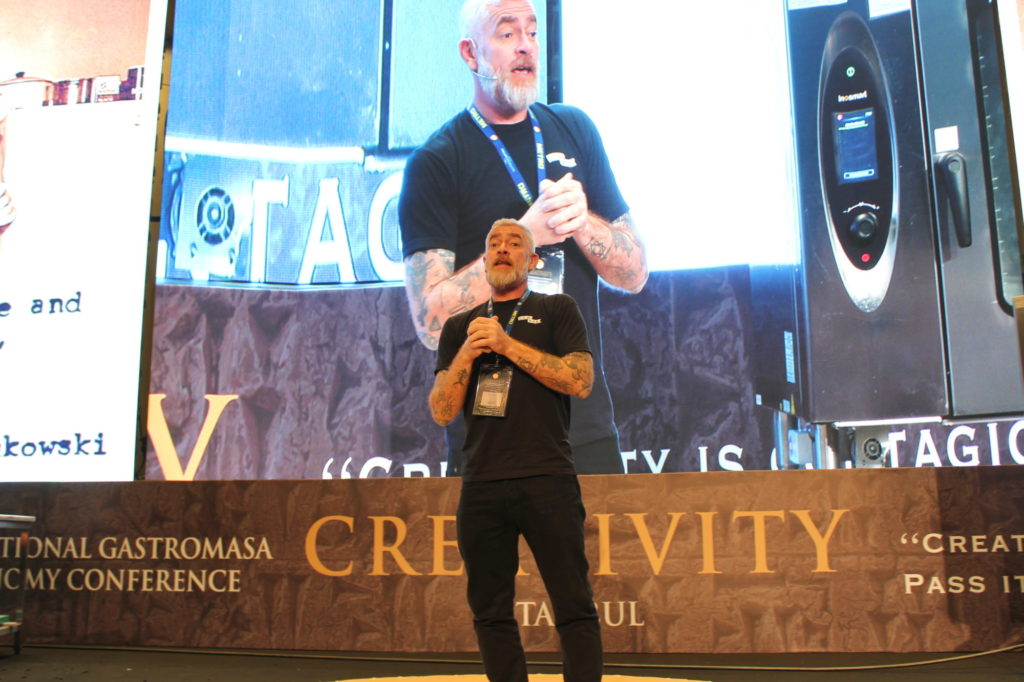 Atala presenting at Gastromasa, a culinary event in Turkey.

Captivating the world with Brazilian cuisine.

Can you tell us about Brazilian cuisine and its ingredients?

Mr. Atala:
Brazil is huge and each region has its own unique cuisine. The Amazon itself is the most biodiverse in the world.
The most wonderful things are the range of flavors and aromas from Amazonian fruits, herbs, and vegetables. They are completely different from any other species of fruits and vegetables.

Concerned about the future, many restaurants are focusing on plant-based dishes that place less burden on the environment. D.O.M is one restaurant that serves plenty of plant-based food.

Mr. Atala:
That’s correct. But I personally do not like the way that word “sustainable” is used by most people. It has an important value, but usually makes our minds go to places devoided of joy.
A meal is something you share with people. It has to have love. It has to taste good and sustainability is indeed a part of it all. Maybe its just a matter of understanding the word in a different sense.
The reason why I use so much vegetables, fruits, and herbs is because I think those are best ingredients Brazil has to offer. For example, you can find wild pineapples in the Amazon that’s sweeter than honey. Dishes made with these kind of plant-based ingredients are healthy for both the environment and the human body.

How this experience inspired you?

Mr. Atala:
Right. Japanese and Amazonian food are completely different, but what they have in common is the distinctive umami factor. I often find similar flavors between the two cuisines.
For example, there’s a condiment used in Brazil; shrimp from brackish water regions are dried and smoked. It’s then mixed with tapioca or cassava starch, juice from the manioca potato, and a herb called jambu to make a rich soup. When it’s used as a broth, it’s reminiscent of Japanese dashi made with kelp and bonito.
Many traditional flavors have become forgotten with the onset of modernization. I hope to bring back those flavors.

Many of these ingredients are totally new for people living overseas. Do you get a lot of foreign customers?

Mr. Atala:
Yes. Although we get a lot of foreign customers, many are also from Brazil. The ingredients we use come not only from the Amazon, but from places all over the expansive country. They are items that even 90% of Brazilians have never seen.

Can you name a particularly rare or noteworthy ingredient?

Mr. Atala:
It’s not fair to choose just one. If I do end up naming one, people will start coming after just that ingredient. This would cause the biodiversity in the region to collapse. That’s why, unfortunately, I can’t name one. 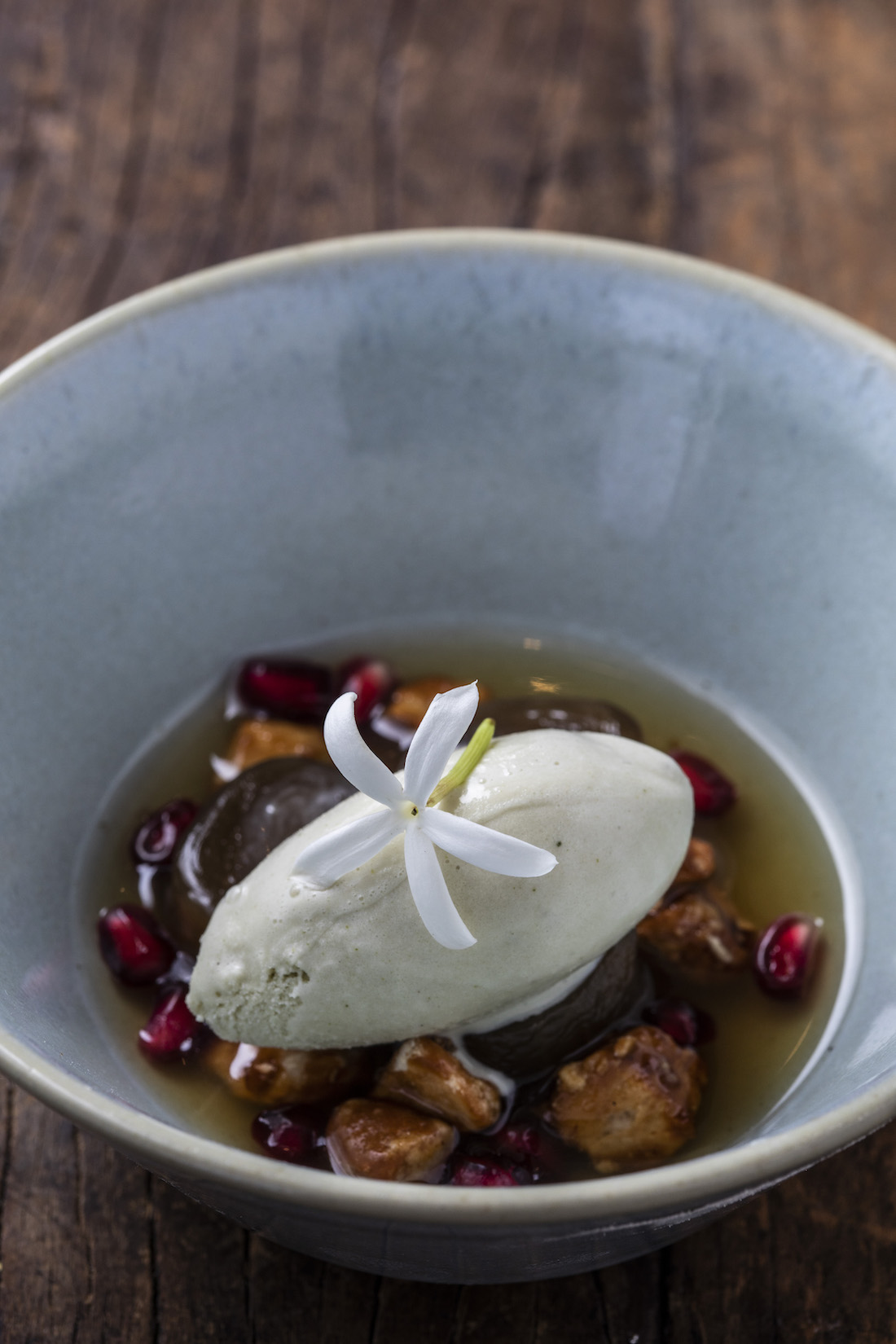 When did you start getting involved with people from the Amazon?

Mr. Atala:
I started working with the indigenous people of the Amazon since 2003. The food from the Amazon is fantastic. However, it could not be found anywhere in Sao Paulo. I looked for connections and made my way to the Amazon several times. At first, two or three friends helped me out. Some friends became my suppliers, and conversely, some suppliers became my friends.
Now this ongoing project involves a huge number of people.

You started using ingredients from the Amazon around 2005. At the time, was it rare for a chef to use those ingredients?

Mr. Atala:
As far as I know, there was no chef in Peru, Brazil, Bolivia, or Colombia using those kinds of ingredients. I guess I was the first one who tried taking what the Amazon gives us and using it in haute cuisine.
Pedro Miguel Schiaffino of Malabar, Peru started doing it around the same time as me. I believe Gaston Aculio initially procured food from the Andes, rather than the Amazon.

Did the Amazon project go well at first?

Mr. Atala:
No, it was a process of trial and error. I started out buying some land in the Amazon, hoping to grow my own crops there. It didn’t go well. Although we were living in the same country, the indigenous people had different cultures and there were some challenges working with them. Remunerating them was also difficult. Giving them cash without the proper research could have potentially damaged their culture.

It was a cultural issue. You live your whole life in a different system, using no money at all, learning other types of values, and then, all of the sudden, you receive lots of cash. So we decided to work with anthropologists. They had been living and researching in the area for a long time and they knew what the indigenous people really needed.

There is actually a large indigenous population. Manaus and Belém are the gateways to the Amazon, and each city has a population of two million each. They are both completely different worlds. Although they are in the same country, the culture is different and it is important to respect that.

More than 200 tribles live in the Amazon and each of their environments are completely unique. Most of the places they inhabit don’t even have phones.
Some of them use Facebook just like us, while for others, they have to make a two day journey to go buy something. Until now, some indigenous populations had been making their own clothes and there are even people who don’t know about the existence of money.

The environments they live in can also be a stark contrast. Some have access to pristine natural waters while others live near polluted rivers. I had to tailor to each of their needs. In return for the ingredients I took, I gave them things they needed instead of money.

The environments they live in can also be a stark contrast. Some have access to pristine natural waters while others live near polluted rivers. I had to tailor to each of their needs. 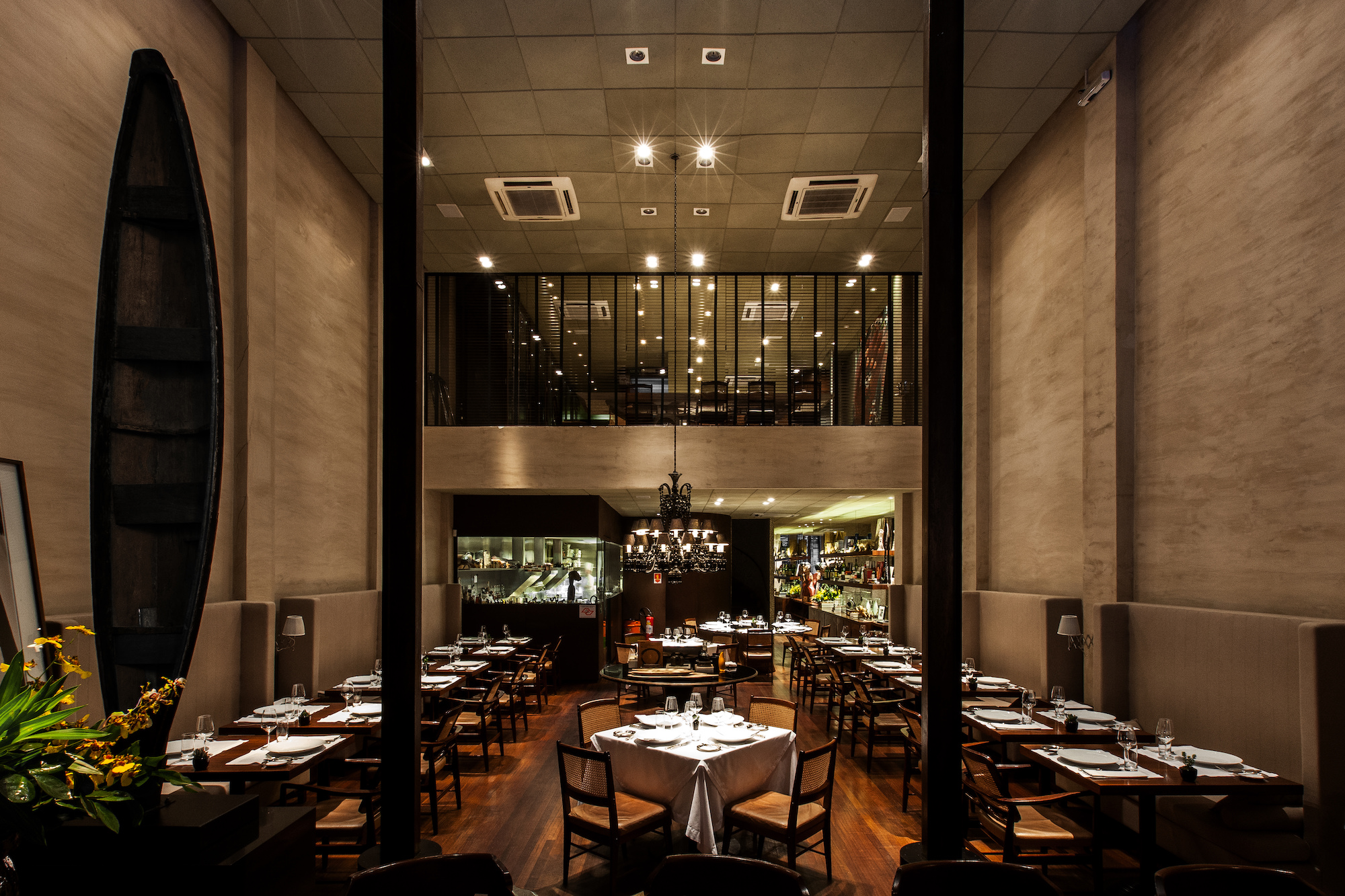