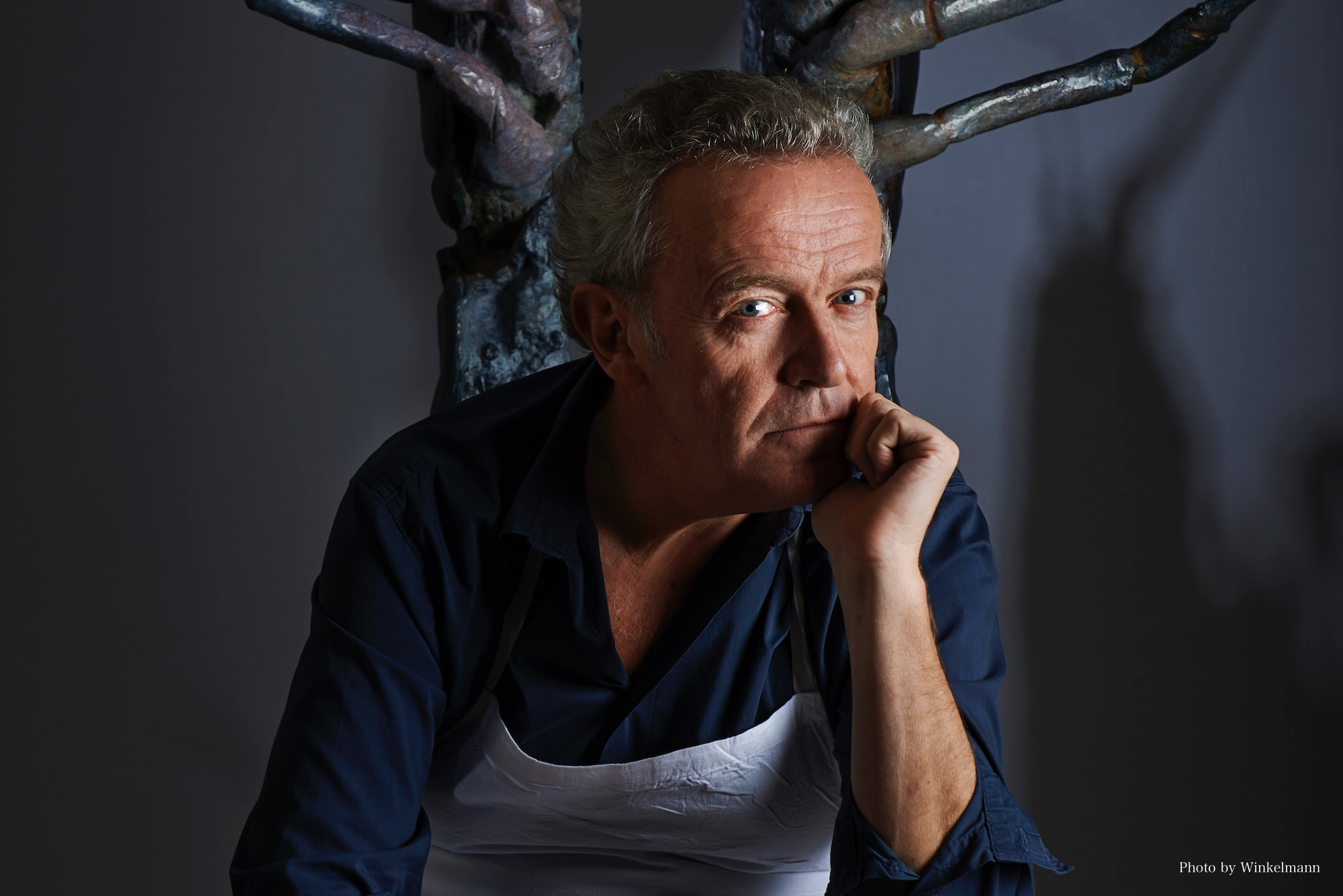 Alain Passard, who used to be called the “meat magician”, planted a garden in 2002, where he grew vegetables in a traditional manner, which lead him to pioneer a new trend that places vegetable at the center of the meal. The trend toward healthy food brings him even further in the spot light. Now at 60, he has been running his restaurant Arpège for 30 years and has kept his 3 stars for 20. 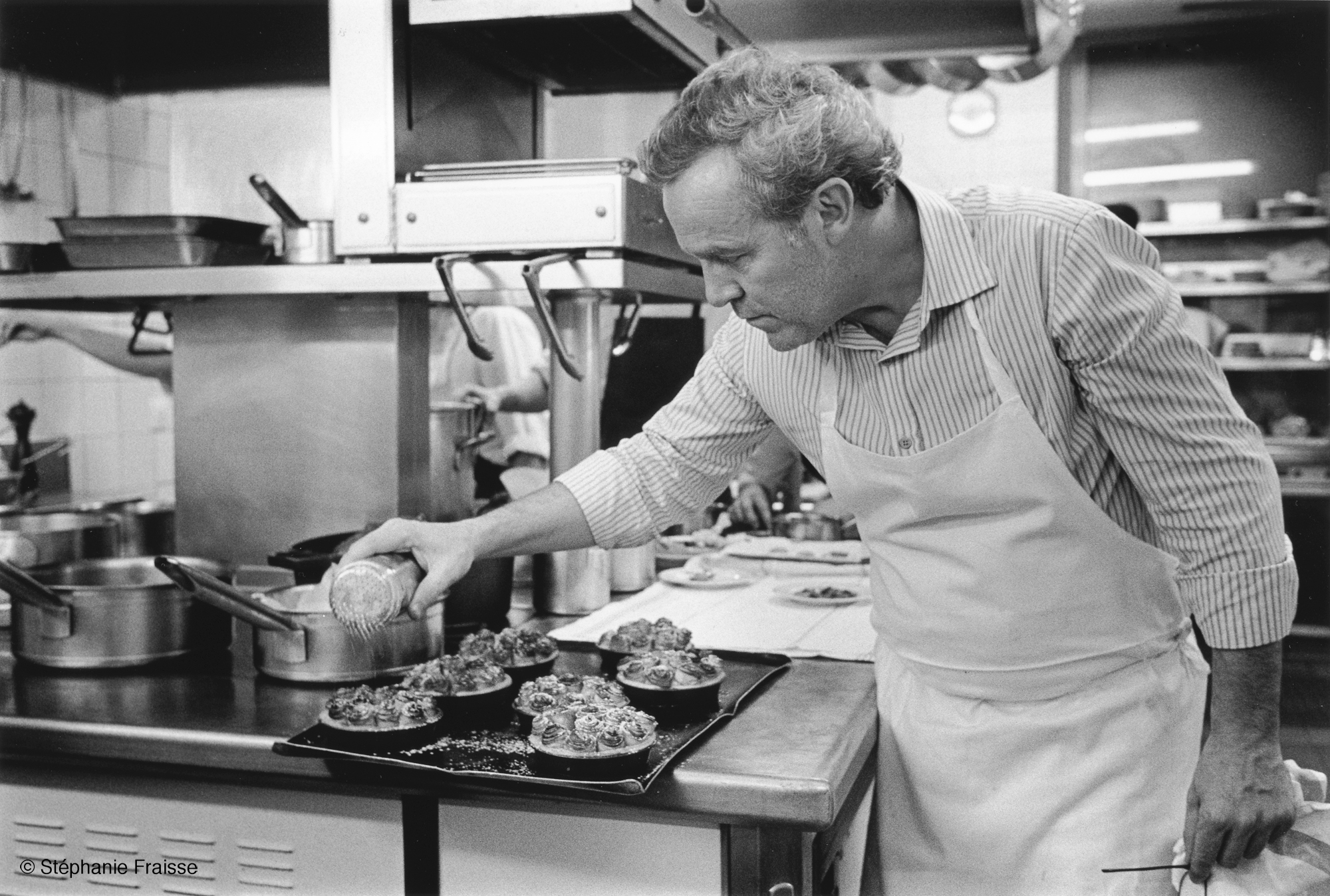 I want to continue to refine my senses

You have had 3 stars for the last 20 years, how can you explain having been able to keep them?

Passard:
One can’t cook without creativity. To create is my motivation. It’s the same for a painter, a sculptor, a musician or a dancer. You always have to have one or two ideas floating around. The stars are for the creativity. I have many sources of inspiration. I’m inspired by my garden but also by music or art, inspiration is everywhere. Here in the street, a piece of architecture might inspire me, what is important is to keep your inspiration working. A cook that isn’t thinking is a cook that is missing vital energy. For sommeliers too, a wine-grower that doesn’t think will not last.
It is important to imagine, to think, to seek. It’s not about ambition, it’s about the enthusiasm for refining your senses. The hand has to grow in elegance, taste buds to grow more effective, you have to train your sense of smell, your eye.

How do you find your inspiration for cooking?

Passard:
I find inspiration while I’m cooking but also when I do other things with my hands, when I’m drawing, playing music… I need to do things with my hands. I’ve made all the things you can see here myself: the bronze sculpture, the watercolor, the chair, I have a workshop. They weren’t purchased.

How did you start your career as a chef?

Passard:
My aunty liked to cook and used to make delicious terrines and roasts. My uncle was a sculptor, my father a musician and my mother was a clothes designer. It gave me the opportunity to observe their craftsmanship, where you do things with your hands, and art is all around. Influenced by this family background, I wanted a career where I could use my hands. At 14, I announced to my parents my intention to enter the cooking business and started my training under Michel Kéréver at Liffré. Thus began my career as a cook. There were few starred restaurants in that region, but L’Hôtellerie du Lion d’Or was probably the best restaurant in the area. They had a great sauce master and a great roast master. Michel Kéréver sharpened my senses. It was a crucial experience for me. Then I trained under Gérard Boyer at La Chaumière in Reims. His restaurant had three stars. Just like the other place, it was a warm and friendly environment. I learned about the handling the flame, the seasoning and terrines.

A different vision of cooking

You met Alain Senderens around this period right?

Passard:
He was the center of attention in Paris. Until then I was cooking the classical way, but from there, I learned about the fusion. It was an unconventional restaurant that was daring combinations such as duck, lobster and mango. We remained close, and when I earned my third star he had tears of joy when I called him.

What did you learn from Alain Senderens?

Passard:
I’ve learn a lot from Monsieur Senderens when it comes to creativity and originality. His way of thinking made a big impression on us, he was imagining the cuisine in an original way. For me, my time spent in his kitchen, being shaped by his hand, had a tremendous impact on me. He is a visionary. He was able to move the codes around, he contributed a lot to the evolution of the food and wine combination, and can surprise us with subtitle harmonies, with refined chords.
An incredible delicacy. He was a precursor, a pioneer, in the seventies, his vision was revolutionary. 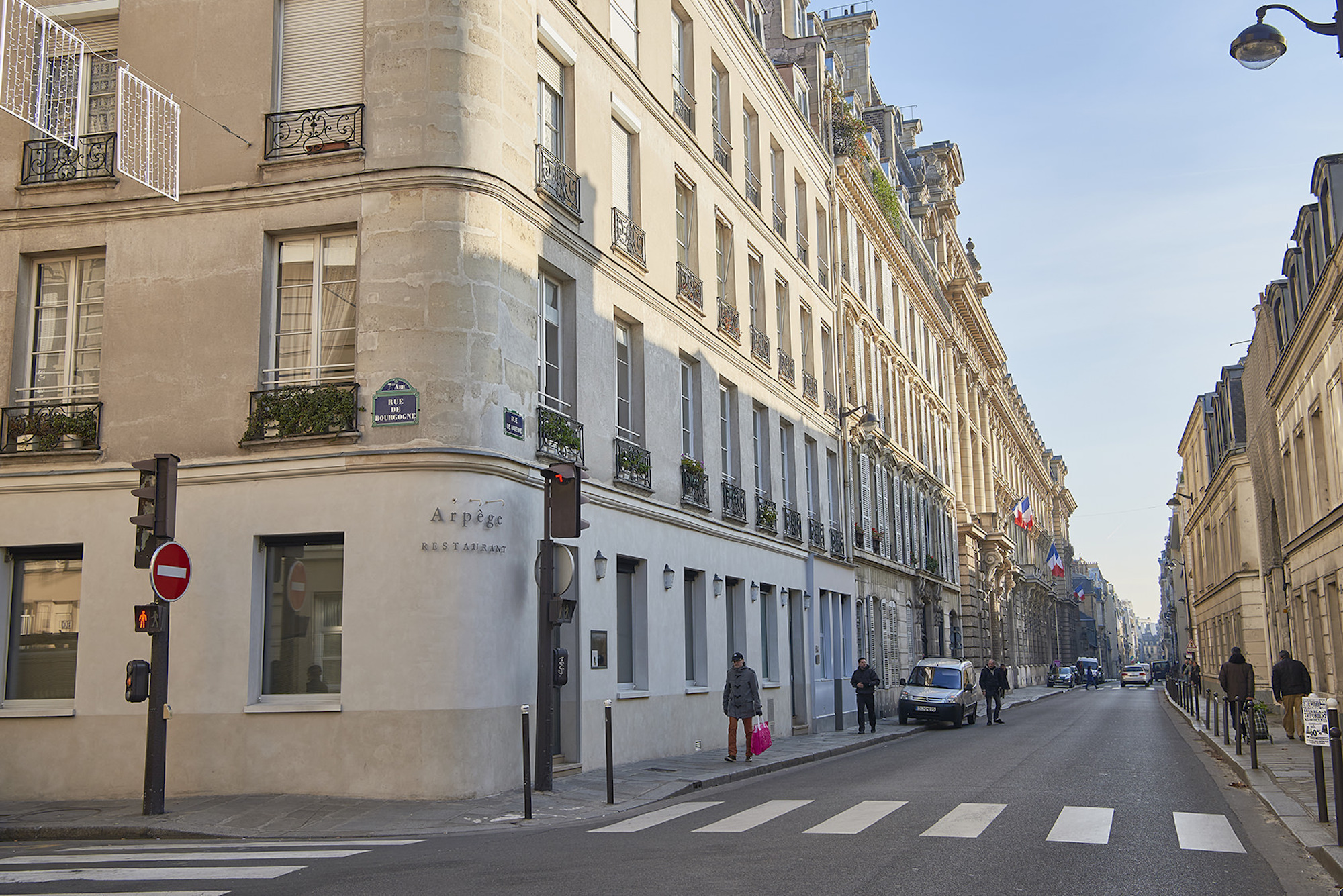