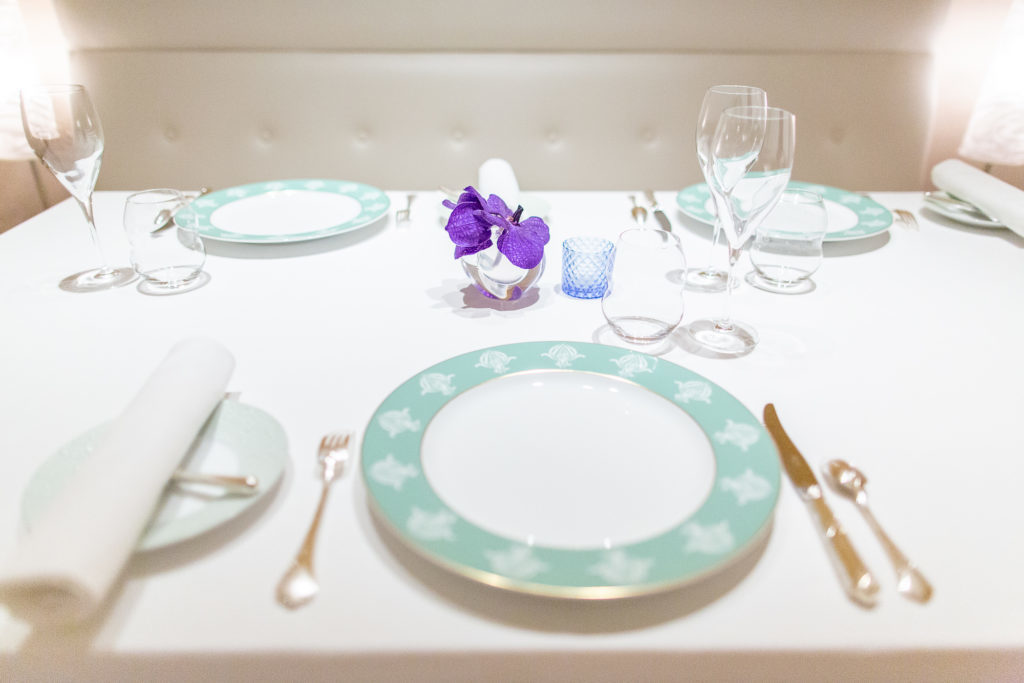 Just good food or just good service is not enough. A restaurant needs both.

You had many rich experiences in Le Pont de Ciel. How did you get to where you are now?

Kakumoto:
I did gain a lot of experience there. When I was thinking of what to do for the next stage in my career, I realized that I wanted to learn something new rather than doing the same thing at a different restaurant.
So I transferred to a company that operated restaurants and bridal shops. There, I was involved with new restaurant openings and managing bridal fairs. It was different from working in restaurant service and I learnt a lot about planning, development, using advertising media, and cash flow. It was a really meaningful time for me.
After that, the manager of my current restaurant, Maison Tateru Yoshino, contacted me saying that they were opening a restaurant in Osaka and wanted me to join. I joined when they were still making preparations for opening.

Was it tough opening a new restaurant?

Kakumoto:
Certainly. There were very few customers in the first year. In our discussions, we considered lowering the price to attract customers and exchanged ideas on how to leave them satisfied so that they return.

There were also demands from the hotel regarding the managerial aspects. Although there were several discussions and negotiations, we never compromised on the quality of the ingredients and the chef’s cooking concepts. I think that is why we got our Michelin star.

The chef always says that a restaurant is incomplete with just good service or just good food. It needs both. The first year, it was important for us to serve great food and give proper service so that each customer felt glad to have come, found the food delicious, and enjoyed their time

As a serviceman, what is your source of motivation?

Kakumoto:
The customers. The tasks may be the same everyday, but the customers are different. For example, when I greet returning customers, they are always pleasantly surprised to hear that I remember them. It’s a nice feeling.
Receiving compliments from them or feeling that I’ve gained their trustー these things keep me going.

It’s great to hear kind words from customers. How do you remember their names and faces?

Kakumoto:
Interaction is the key to remembering customers. I’m sure some people have photographic memory, but for me, it is difficult to remember names and the food they ate just by looking at them from a distance. That’s why conversing with them and finding things in common is crucial. 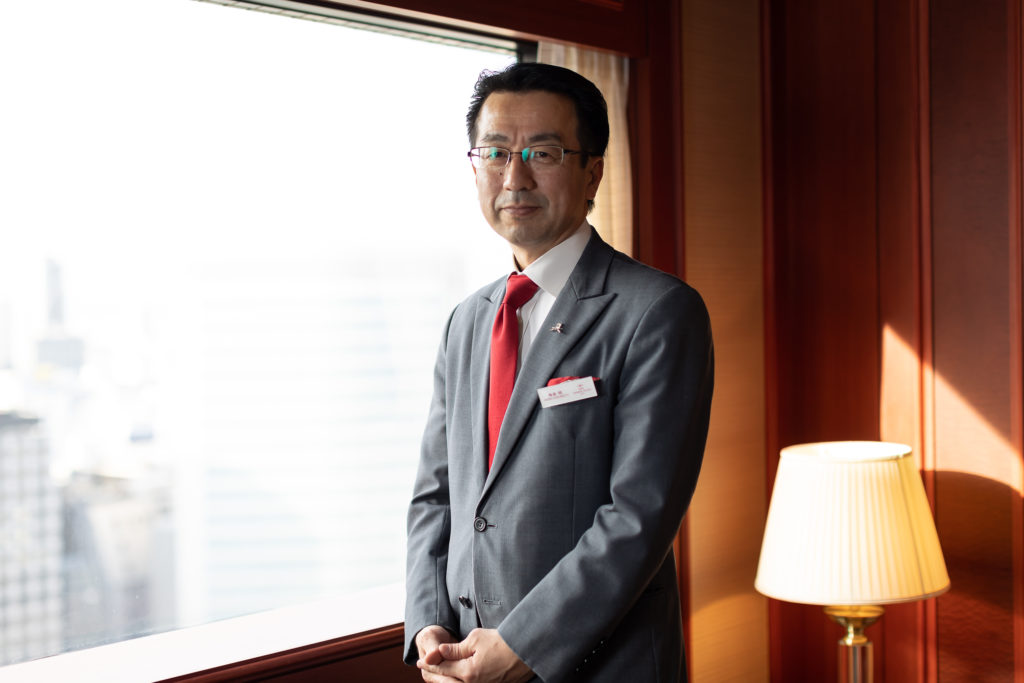 He wants younger generations to aspire to be in service

What are your future goals?

Kakumoto:
I want to make Maison Tateru Yoshino flourish. Our restaurant has about 40 seats. I want to make it so popular that people come up to me and say that it’s hard to get reservations.

I also hope we get an additional Michelin star. Although a Michelin star is mostly a reflection of the food, I think the quality of service also plays a big role.
I would like this to be a place, both in terms of food and service, where customers want to return.

In order to do that, it’s important to not only enhance techniques, but also develop plans to bring in more customers.

Kakumoto:
The internet has been a great platform to bring in more customers. A key point is to brand the restaurant’s strengths in such a way that people would want to pay it a visit at least once.
We have set customer targets and have left it up to our web marketing staff to an extent. He analyzes our proposals and give suggestions, coming prepared with documents and data. I truly feel that he has a great sense of responsibility.
Thanks to his work, we recently were able to achieve more than double the target we set. There’s so much to learn from young people.
We have gathered staff members with extremely high standards in their respective fields. I hope to grow alongside them while working towards our goals.

It sounds like the secret behind building a great team

Kakumoto:
It’s because we’re not working alone.
To be a restaurant that everyone wants to visit, having teamwork is important. We have team members that are gifted in a variety of fields, whether it’s wine expertise or web strategy. It’s my mission to enable them to make the most of their skills and apply their individuality and talents.

Above all, I want them to understand the value of service. I want those who provide excellent service to get the appropriate recognition for their work. That has been one of my prime goals ever since I entered this industry.
There’s greater awareness about a sommelier’s work these days, but not as much about servers. As long as there is no icon to live up to, the number of people entering the service side will continue to decline.

I want to raise awareness about the importance of service so that younger generations start to dream of becoming famous in the service world. 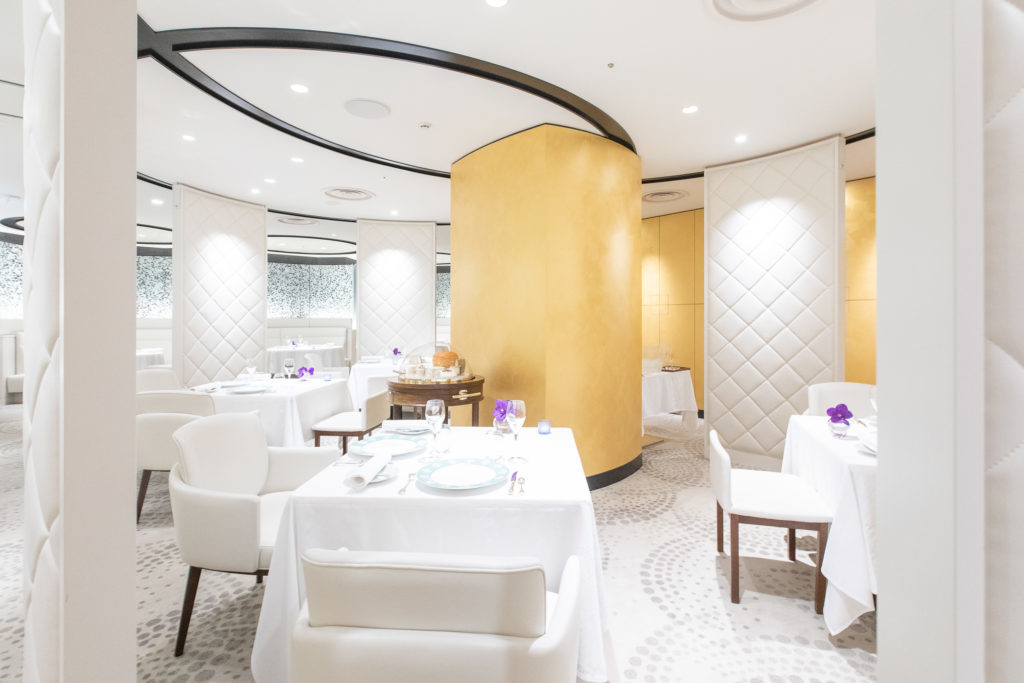 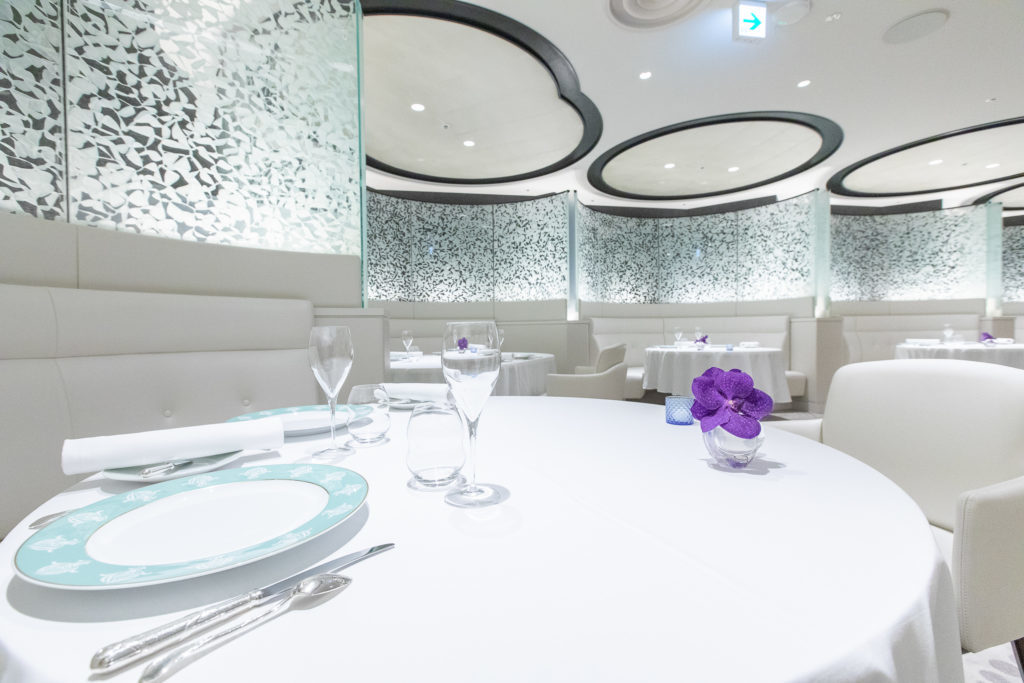 Around his fourth or fifth year as a server, Mr. Kakumoto heard something riveting when he was serving at a wedding banquet.
An award-winning writer said to the groom, “Being a professional means not being able to do the kind of work you want to do.”
He realized it applied to his work as a server as well.
“During busy times, working crudely is easier and faster. However, that doesn’t leave the customer satisfied. I can’t afford to be self-centered. Becoming a professional means having more work to do. That is the responsibility of a professional.” That is how he chose to interpret it and it has become one of his principles ever since.
He says that being a professional server means smiling, even in the hardest of times. It’s something a server has to do to ensure that customers enjoy their time in the restaurant.
Mr. Kakumoto spoke amicably all throughout the interview. That gave me a taste of his quiet passion towards service.
Prev Page
Next Page 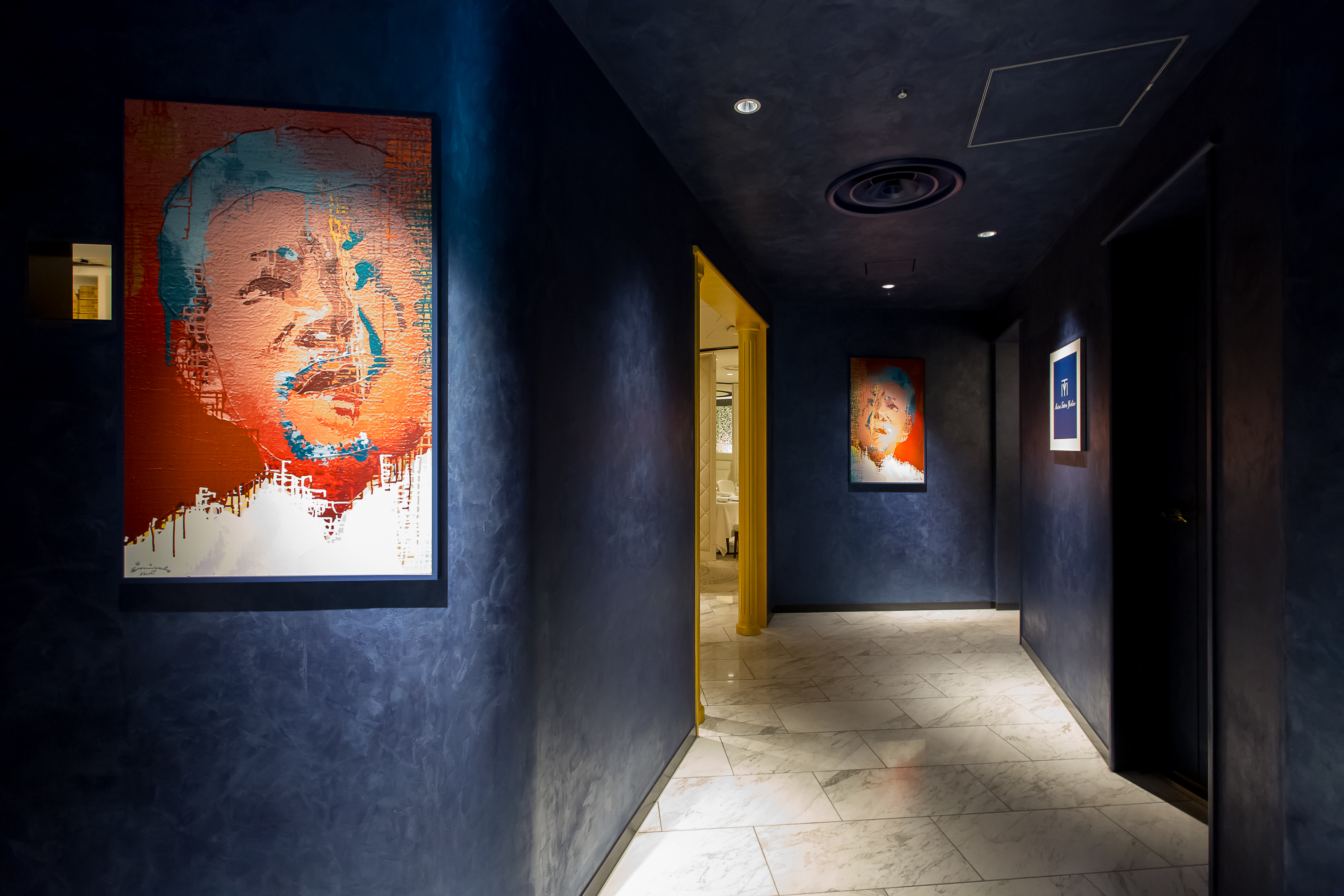